During the years 1585–1604,  two mighty world empires, Spain and England,  engaged in a conflict  which was never formally declared as war.   During this conflict, England gained the upper hand and went on  to defeat the great Spanish Armada.  England then strengthened her navy and sought to secure the safety of the Atlantic passage to the Americas.  In 1604, England and Spain negotiated a treaty. England renounced it’s high seas piracy, and both empires agreed to cease military campaigns in France, Spanish Netherlands, and Ireland.   The price of war was heavy as the treasuries of both countries were severely weakened.

With the threat of Spain conquering England; the Sephardic Jews, Conversos and Crypto-Jews in the Netherlands and England  panicked. Taking a similar path of those who were trapped in Spain and Portugal then fleeing to South America;  some English and Dutch Sephardic Jews sought to evade possible  Spanish rule, by  escaping  to North America and a small number to then Dutch controlled Brazil. Over the next 400 years thousands of  openly practicing Sepharidic Jews, Converso/ Crypto Jews, and Moriscoes (Moors)  migrated to Brazil, Argentina, Peru, Colombia, Cuba, Costa Rica, Mexico and what would later become the US and Canada.

Confident after conquering South America, the Spanish attempted to take a hold of North America. Spanish Explorer Hernando DeSoto traveled as far as Tennessee in 1540. Other Spanish explorers established missions in the Chesapeake Bay area. In 1561 a colony was founded by Captain Juan Pardo in South Carolina called Santa Elena.  Pardo also established a colony at St. Augustine, Florida.  Pardo and DeSoto blazed a road from the St. Augustine colony to the Santa Elena colony. A series of forts were planned along the route in Northern Georgia and Eastern Tennessee.  Details are sketchy, but the DeSoto and Pardo expedition was a failure.  Spain was not able to sustain any of her  colonies. The Santa Elena and Saint Augustine populations were subsequently  lost. It is theorized the surviving Spanish colonists were absorbed into the Cherokee, Creek and Catawba Native American tribes.  It is unknown to me, if any of the Sephardim were intermingled with DeSoto’s and Pardo’s colonists; but the colonists were from Galicia and Asturias (northwest Spain), and Northern Portugal. These regions of Iberia were heavily populated with Converso and Crypto Jews desperately seeking a way to escape the oppression of the Inquisition. 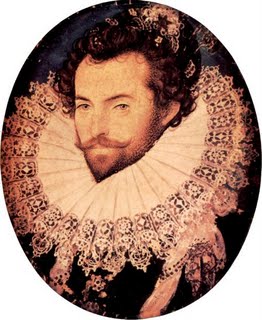 In 1584, with war looming on the horizon with Spain, the English began to explore the North American coast for Sir Walter Raleigh.  The English desired the riches being taken from the New World by the Spanish and then subsequently plundered (sanctioned by England) by English Pirates. The English sought to establish their own colonies. Beginning in 1585  several groups attempted to colonize Roanoke in now Dare County, North Carolina.  The first settlement was abandoned. It is estimated that  75 men plus a possible additional 100 Moorish slaves disappeared, and were probably  absorbed in the native populations.   In 1587  the final party of 117, including women and children, was sent led by Governor John White.

Elizabeth C. Hirschman in Melungeons: The Last Lost Tribe in America makes a few interesting observations. Perhaps these colonist were not all Anglo Saxon, but  a mix of English, Converso/Crypto Sephardic Jews, Moors, and French Huguenots, who had immigrated to England, to escape religious persecutions in their homeland. It was generally feared  that Spain would arrive on the shores of England within a year. Terrorized by the threat of the Spanish Inquisition (which had indeed spread to Portugal, Italy, and France); the Sephardim weighed the cost of remaining in England and the Netherlands, or fleeing to the New World.  Hirschman theorizes these brave souls deemed it necessary to leave the  relative comforts of England or Holland to brave the unknown terrors in the New World.

Hirschman has observed that Sephardic Jewish and Mediterranean names are represented among the Roanoke colonists.  One of the financiers of the Roanoke expeditions was Joachim Ganz, a metallurgist from Prague, Poland. With his background and name, Ganz was likely a Sephardic Jew. Also the navigator of the expedition was Simon Fernandez ( Fernandez a Sephardic surname and Simon a Jewish given name), a Portuguese navigator.

Here is a list of Hirschman’s suspected Sephardic Jews:

On Roanoke, a small settlement was built. Unlike the previous settlers of Roanoke, White’s colony sought friendship with the local Indian tribes. Governor White’s daughter Eleanor, married to Annanias Dare, gave birth to the first European child in North America. Her parents named her Virginia after the Virgin Queen Elizabeth of England.  Supplies began to run low, consequently the ship, carrying a reluctant Governor White, returned to England. Before he left the colony, White instructed the colonists to carve a Maltese Cross on a tree, indicating capture.

After numerous failed attempts becuase of  war with Spain, bad weather,  human greed and folly,  White finally returned to Roanoke in 1590. White found the houses and fortifications dismantled, indicating the colonists departure had not been in haste. No sign of a struggle and no Maltese Cross. The only clue was a tree with the the letters CRO engraved upon it. On another tree, they found CROATOAN carved five feet off the ground. White took these signs to mean the colonists had left with the friendly Croatoan Indians.  White was frustrated in his attempt to conduct a search. A massive storm threatened the ship. The crew, fearful of being stranded, refused to continue the search.

The next day, brokenhearted  over the loss of his daughter and her family, Governor White and the crew left. The Roanoke colonists which became immortalized as The Lost Colony of ninety men, seventeen women, and eleven children, was lost forever. It is theorized the Roanoke colonists, like the earlier Spanish colonists, were absorbed  into the friendly neighboring Native American tribes; in this case probably the Croatoan tribe on a nearby island.

19 thoughts on “Part VI LDS and the Sephardic Connection: Braving the New World: The Lost Colony of Roanoke”