Last summer I had the honor of speaking at Sunstone Symposium along with my research partner Marylee Mitchum. Our topic was on Sephardic Jews. I would like to share with you, dear friends, important information  with exciting new research that is currently being done in genealogy and Sephardic Studies. In the upcoming weeks, I will reveal the information we shared at Sunstone. I will teach you the knowledge to search for and possible locate hidden Sephardic Jews in your heritage. Lets get started.

Maybe you are a proud descendant of Mormon pioneers, confident in your knowledge of your Western European heritage.  Perhaps unknown to you, is that you may also have Hebrew ancestors hidden your linage.

Two years ago my husband and I decided to get DNA test to determine our ethnicity. We used a DNA company, called DNA Tribes, which analyzed ones DNA to determine ancestry for the last five hundred years. The DNA testing showed probability of ancestral origins only in stationary populations. When our DNA test results came back, we were confused, as Mayflower Pilgrim descendants, we expected to see traces of  Native American and African mixed with a lot of Western European.

On my husband’s test he is predominantly India/Indian with African, Western European, Mediterranean and Middle Eastern. 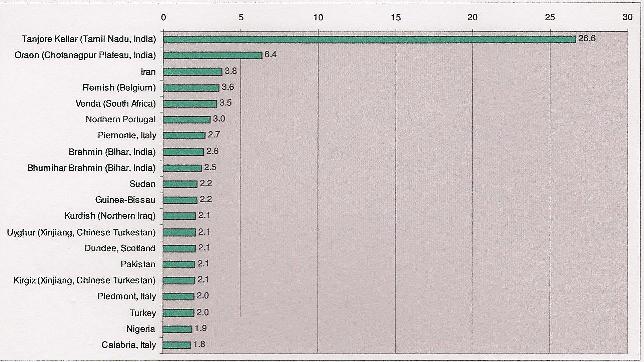 I am predominantly Eastern European and North African with Middle Eastern, Mediterranean and Western European. On another page (not shown)  revealed Mestizo ancestry; meaning European, African and Native American mix.

Later we had my parents DNA tested also by DNA Tribes, their results were close enough to validate my DNA test. 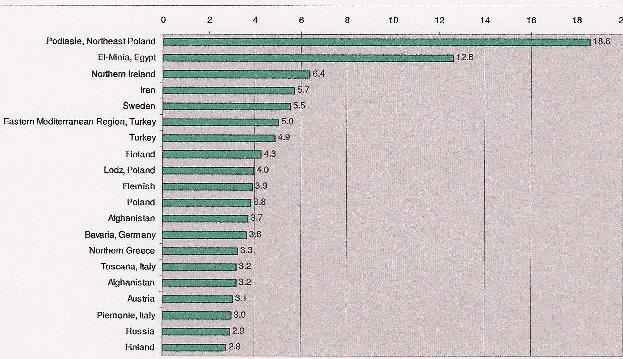 Our results were vastly different than what either of us had been led to believe. Both of us were descendants of Mormon pioneers on every familial line.  His ancestors first joined the church in 1831 and the last ones arrived in Idaho in the 1880’s. Our combined line joined in 1831. My ancestors joined the church in the 1830’s and were in Utah in the early 1860’s. On paper my husband was British, Swiss and German. I was British, Danish and French. We thought ourselves to be the typical Western European Mormon pioneer stock. Here are the surnames of our ancestors who joined the LDS church. When they joined the LDS church and immigrated to Utah; where they were when they joined. If our convert ancestors were North Americans, what country their line came from. I believe that we must have thousands of cousins in the Mormon churches i.e. LDS, FLDS, Community of Christ etc…. Perhaps if you look closely you will see your ancestors as well.

If you, dear reader, think that we might be your cousin please feel free to email me at: jabensonatmillennialstardotorg

PS  A big thank you to Ringo who fixed my technical difficulties.

45 thoughts on “Rising Out of Obscurity: Sephardic Jews and the LDS Connection”