“The displaced Jews, like so many tiny floating seeds from a milkweed pod, landed on fertile ground in Holland, France, Scotland, Germany, Switzerland, and England, where they grew into the Protestant Reformation.”- Elizabeth Caldwell Hirschman and Donald N. Yates

Elizabeth C. Hirschman, Ph.D at Rutgers University, and Donald N. Yates, Ph.D., owner and founder of DNA Testing Systems, have written a fascinating book entitled When Scotland Was Jewish: DNA Evidence, Archeology, Analysis of Migrations, and Public and Family Records Show Twelfth Century Semitic Roots. In chapter  Ten The Religions of Scotland: Did Presbyterianism Have Crypto-Jewish Origins, Hirschman and Yates reveal the evolution from Catholicism to Protestantism as influenced by the Sephardim.

200,000 plus Jews expelled from Spain and Portugal after 1492, added to the millions of others who were Converso, genuinely or not to Catholicism, had an impact on the religious practices of the European countries they immigrated to. Is it a mere coincidence, the Protestant Reformation sprang from the same European countries, in which large numbers of the Sephardim migrated to, namely France, Switzerland, Germany, Holland, England and Scotland?  As a population the Sephardim were well-educated, and in many cases, better trained than the professionals in the Christian majority. Many Converos had careers within the Catholic Church.  As a group the Sephardim were multi-lingual, world travelers, socially aggressive and held key positions in government finance and administration. Many were counselors to kings and other nobles as trusted intimate advisors. It is natural to assume Converso private religious beliefs would have influenced their public dialogue and council.

Hirschman and Yates have stated,  “We propose that the Reformation, beyond being a movement against Catholicism, should also be seen as a movement toward Judaism.” Consider the lives of Balthazar (Isaac) Orobio de Castro, John Calvin, and John Knox. 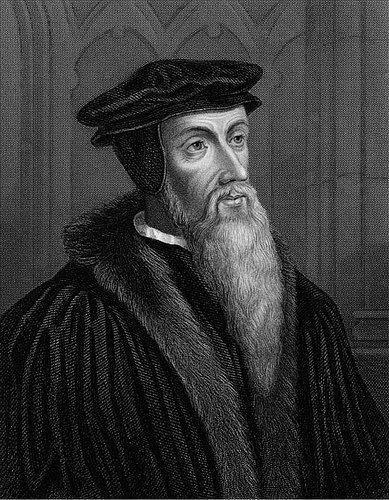 Hirschman and Yates assert John/Jean Calvin/Cauvin born in Picary, France (contained a strong Converso community) was of Converso Jewish descent. John’s father was an Attorney for a noble family. John studied for the Priesthood.  Instead Calvin’s father persuaded him to abandon his religious training for a career in law education. From this we can assert, Calvin’s father was well educated, and an advisor to nobility. Ambitious for his son, he guided him in upward mobility and did not encourage conventional Catholic piety.  All are common traits of Crypto and Converso Jews.

Calvin was a close friend to the sons of the King’s physician, Nicholas and Michael Cop.  Hirschman and Yates assert the Cop family was likely of Crypto Jewish descent. Calvin was also a close associate with Melchior (Sephardic name) Wolmar. Later Calvin migrated to Switzerland. In Geneva, William Farel (Sephardic surname), the founder of the Reformed Church in Geneva convinced Calvin to stay and preach the new Protestant theology. John chose to learn Greek and Hebrew. Both languages would have enabled him to read the Old Testament (Torah) in his ancient form rather than relying on Christian Latin translations. 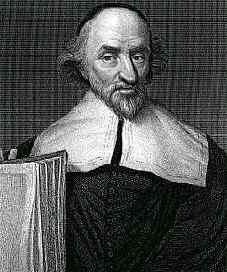 Hirschman and Yates in When Scotland Was Jewish also propose  that John Knox, born in Haddington Scotland, was heavily influenced by Jewish theology.  Knox was trained in the Priesthood when he came under the influence of Lutheran oriented doctrine.  As a Protestant activist, Knox fled to Geneva, Switzerland where he joined John Calvin in translating the Latin Bible to English, resulting in the Geneva Bible. Later Knox returned to Scotland after Protestantism was declared the national religion.

Knox was a biblical purist, similar to the Jewish Karaities. He believed the Bible to be the word of God and the only religious guide.  He equated his congregation to the ancient Israelites. Knox urged the adoption of Mosaic Law as the governing rule of Scotland. He proposed a universal system of education so that all could be literate to read the scriptures for themselves. He urged a universal charity system to care for the poor. Knox described the resulting society as one in which “events on Earth would mirror those in Heaven” a metaphor that Hirschman and Yates assert could be derived from the Kabbalist tradition in France.  In Knox’s view, Scotland was a “new Israel dedicated to uphold God’s law”.

Knox was instrumental in persuading the Scottish Parliament to adopt Sabbatarianism similar to the Jewish mitzvoth regarding the keeping of the Sabbath.  “Knox developed guidelines for the religious training of ministers. He advised studying theology, but Hebrew, Mathematics, physics, economics, ethics, and moral philosophy. A curriculum that appears to be patterned more on the Islamic and Jewish ideals emanating from Spain and southern France than on any prior Christian educational scheme.” Knox advocated every household sing the psalms, hold prayer services morning and evening in their homes, and instruct their children in God’s law; mirroring the familial worship of Orthodox Jews. The only exceptions to Judaic laws were the absence of dietary rules and the requirement of males to the circumcised.

51 thoughts on “Part V LDS and the Sephardic Connection: Seeding the Protestant Reformation”