In the Fall of 2008,  Dr. S, a nephrologist (kidney) expert, at Vanderbilt University Hospital sat staring at his computer screen. Dr. S looked me briefly and then turned his attention back to the computer screen. He spoke slowly with conviction, “In my line of work,  miracles are rare. Both your kidneys have a fair amount of  amyloid deposits. In every case, I have seen the amyloids go straight for the valves. In a few short months,  amyloids usually kill a healthy kidney.  In your case, the amyloids have settled as far from the valves as they could get. Will they migrate to the valves? Most likely, but  for today, God has sent you a miracle and I have witnessed it.

I will spare you all the details of thirty five years living with a “mysterious malady”  left me chronically ill in my forties.  I was told by numerous doctors I only had  anemia, which was severe at times. There was no explanation for the myalgia, arthritis, and fatigue symptoms. Despite my attempts at positive thinking and clean healthy living, my mysterious malady  would disappear for months or even years at a time, and return with more symptoms and an increase in  pain levels. I was called a hypochondriac more than once. This mysterious malady that I speak of was finally diagnosed AFTER I had my DNA test done. At Marylee Mitchum’s insistence I read N. Brent Kennedy’s book  The Melungeons: The Resurrection of a Proud People: An Untold Story of Ethnic Cleansing in America ( thanks Marylee the  angel,who helped saved my life).

In one of the chapters. Brent Kennedy re-accounts his experience  with his “mysterious ailment”. As I read this particular chapter, I went back several times to read over his symptoms. In my mind I made a check list:  I had that, and that, and that, and that. I had almost all of  the same symptoms. He was diagnosed with Familial Mediterranean Fever (FMF); an inherited disease commonly found in Sephardic Jews and to a lesser extent  Ashkenazi Jews, Turks and Armenians.  The carrier frequency has been estimated to be as high as 1 in 6 in North African Jews. The diagnoses of FMF led Kennedy to Melungeon Studies and to be considered the father of the Melungeon movement.  FMF is now considered to  be a Melungeon disease as well. 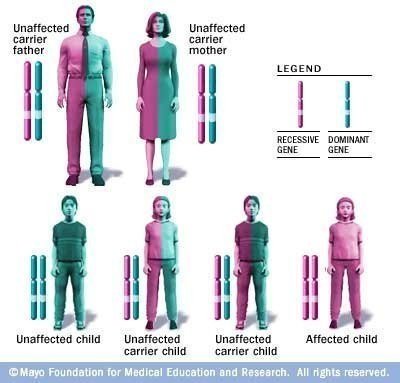 I eagerly did research on FMF. At some point I pulled back telling myself, “Joanna-the-Hypochondriac you are really going over the edge, cause now you are taking on other people’s illnesses.”

Two of my friends also read Kennedy’s book.  Independently of one another, they both told me Kennedy’s FMF, was my  mysterious malady.  They said, “You have this same rash. You have most of these symptoms”. Either my friends had now been sucked into my delusional state,  or we were on to something. I wondered could it really be this easy?  From my research on my family, I had found distant cousins who died young. Their  descendants said something like, “Pa just got tired and died”.

I concluded, “Yeah,  that is what my kids would say too”.  I steeled myself for accusations of hypochondria from the medical community.

At that time I was in between episodes of my mysterious malady and  was relatively symptom free,  except for  pain in my muscles and joints which had come and stayed with me for the last ten years.  In April of 2008 the other symptoms came back.  This time, I was armed with information. If I had FMF,  I now knew the “flares” would last a few hours to three days. This explained why before I was symptom free whenever I saw a doctor. I only saw a doctor between flares. I needed to get my flares documented and to get a doctor to diagnose me. 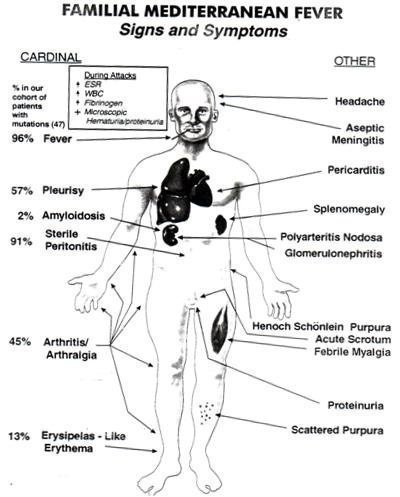 Mike and I  saw a doctor who operated a drop-in clinic for minor aliments . Dr. R had been the director of a large hospital ER. With his background in ER work, Dr. R. was good at diagnosing illnesses. Beginning in April, I started going to Dr. R every time I ran a fever. Dr. R documented my fever and symptoms. He prescribed antibiotics. In a couple of weeks I was back. He prescribed more antibiotics. In two weeks I was back with fever. After Sunstone Symposium in August, I came into his clinic with an acute flare. All the symptoms manifested, with a high intensity of pain. I was ready to be diagnosed.  I showed Dr. R the DNA tests on my  populations, I explained to him I had a strong likelihood of Sephardic Jews as my  ancestors. I told him I thought I had FMF. Of course he did not know what FMF was, but he was humble enough to listen to me. He got out his computer, looked back at my chart and examined my rash and joints closely.  He said, “I believe  you are right”.

Dr. R ordered the same blood and urine tests as in the past which showed nothing, except severe anemia. This time the tests come back with extreme highs and lows, and one disturbing fact, which was protein was in my urine. I had amyloidosis, caused by FMF.  Less than 5% of FMF patients develop amyloidosis. Of the less than 5% of FMF patients who develop Amyloidosis, 95%  of the cases are North African Jews;  remember the carrier frequency in North African Jews it has been estimated to be as high as 1 in 6. Most people with FMF-Amyloidosis, who remain untreated, die before 50.  I was 4 years from 50. Others with FMF, usually do not die from FMF, but have a shorter than average life expectancy.  To make a long story short, I ended up with specialists who could not believe I had gotten this sick before I sought treatment.  I was ultimately diagnosed by Vanderbilt doctors with vasculities, which causes internal bleeding, and  amyloidosis; both conditions caused by FMF.

The treatment for FMF is so simple. Two little white pills called colchicine twice a day. The cost is $10.00 a month. The success rate of colchicine in FMF with stopping Amyloidosis ( if caught early) is 95%;  with a 75% reduction of  all FMF flares. Unfortunately colchicine does not stop the progression of arthritis.

Because of my diagnosis, two of my children have been diagnosed with FMF. Piano Man has it more severely than Jie Jie, who has a lighter case. We are all responding well to treatment.    Family History did indeed save my life and the lives of my children. It was the catalyst that propelled me to find the answers to my mysterious autoimmune disease.

For both of my children to have FMF, it is probable FMF is also in my late husband Mike’s family. Remember in both our family lines, all of our ancestral lines are Mormon Pioneer and we are 4th cousins.  We have thousands of cousins in the LDS, Community of Christ and FLDS Faiths. It is possible other far flung cousins also have FMF.

Lupus is often given as a misdiagnosis for FMF. Symptoms found in FMF, are also similar to Chronic Fatigue Syndrome and Fibromyalgia. Doctors do not know to look for FMF in chronically ill

individuals, because FMF is considered to be rare in Western populations. FMF is a common disease in Israel and in Melungeon populations. It is another witness to the truth that many of our

ancestors were Sephardic Jews,  Perhaps some of you have some weird little ailment. Perhaps you also have FMF or something like it.  It is well worth it to get your DNA tested to see what your true ethnic group is.  You could save your life, your child’s life or another family member.

After almost five years, my amyloidosis has not manifested itself.  The doctors have declared me “cured”. Apparently, I am one of those lucky few to have  the amyloids leave my body.

31 thoughts on “Family History Can Save Your Life”