Because of my late husband Mike’s and my DNA tests, the name clues I have found in our genealogy, and  our inherited Sephardic Jewish autoimmune disease , the perception of our  ancestral Mormon pioneers as a group of British and other Western Europeans; is now clarified, as a gathering of multicultural peoples living amongst native Western Europeans.  I believe the glue that holds together the diverse genetic background of our ancestors is Judaism.

As “strangers in a strange land”, the devout Jew, crypto, and converso were tossed to and fro on the waves of uncertainty. Never feeling secure in their host environments; knowing their fate, lives, and fortunes could change on the whim of the Christian or Muslim majority; their support system was fractured and faith wavered. The Converso/Crypto Sephardim (Mediterranean Jews), Mizrahi (Asian Jews) and Ashkenazi (Eastern European) Jewish descendants  who were disassembled by the tolerance of Protestantism, persecution, poverty, and false messiahs; had all been prepared by God, to receive the Gospel of Jesus Christ.

I hardly think my Mormon pioneer ancestors are all that unique. Many of  the classic Melungeon/ Sephardic names are familiar to me. I have glanced at a few of the early families in the church and I see Sephardic Jewish given and surnames among them. 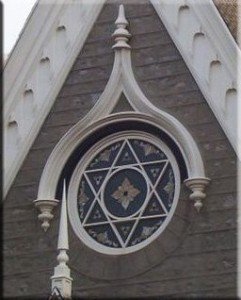 Because of my research, I bear a strong witness to what Joseph Fielding Smith said:

The Lord said He would scatter Israel among the Gentile nations, and by doing so he would bless the Gentile nations with the blood of Abraham. Today we are preaching the gospel in the world and we are gathering out, according to the revelations given to Isaiah, Jeremiah, and and the other prophets, the scattered sheep of the House of Israel. These scattered sheep are coming forth mixed with Gentile blood from their Gentile forefathers. Under all the circumstances it is very possible that the majority, almost without exception, of those who come into the Church in this dispensation have the blood of two or more of the tribes of Israel as well as the blood of the Gentiles. Joseph Fielding Smith Answers to Gospel Questions, 5 volumes, Salt Lake City: Deseret Book Co., 1957-66, 3:63

The way I perceive it is, the Jews had endured centuries of persecution. Because of these adverse circumstances, many were unable to keep the Mosaic Covenant to its fullest, thus unable to fully retain their birthright. Marylee Mitchum and I theorize the Sephardic descendants of  America and Western Europe were natural converts to a restored gospel.   As convert Latter-day Saints, their birthright had been restored to them.
It is my belief that when the Lord sent His representatives, to those  living in the United States; He had already gathered many of the House of Israel on the American frontier.   At the same time, He sent Heber C. Kimball and other missionaries to Western Europe to gather His peoples; God had already reached His hand into the continents of the world and had gathered representatives of His nations, kindred, tongues and people.  God then placed His representatives  in the large Western European industrial cities, teaming with immigrants from many countries, for the missionaries to find.  This is why when missionaries were sent out,  they were first led to the Sephardic descendants, who were prepared to receive the gospel. I believe it was the crypto and converso congregations who, accepted the gospel and were baptized in mass. When I look at the various peoples our DNA represents, the Gospel has not flourished or  been allowed within the borders of their respective countries. Knowing the limits of missionary work, the early missionaries faced, our Omniscient God had already gathered up many of His peoples and placed my ancestors where they could be found and returned to the fold. 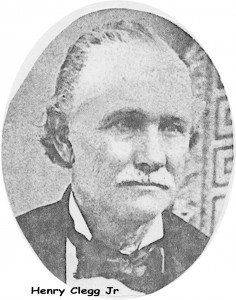 In order to further our family history work, we need to widen our horizons, and look at our ancestors with international eyes. For example, my ancestor Henry C. Clegg a shoemaker, from Preston, England, was one of the earliest converts to Mormonism in the British Isles.  As a  young boy, he stood on the banks of the River Rabble and witnessed the first baptisms in England.  Family  history tells us Henry’s father, also named Henry, was the second person baptized in the River Rabble. As an adult, Henry and older  brother Jonathan emigrated to Utah. Henry arrived in the Valley  with only his young son Israel. Henry had left his wife and baby son buried in a shallow grave  along the pioneer trail. Jonathan followed  later, coming across the plains with the ill-fated Martin Willie Handcart Companies.
Henry Clegg served as a Bishop in Heber, Utah and was  also  one of the principal builders of the Heber Tabernacle. 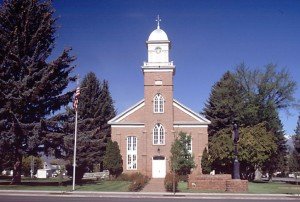 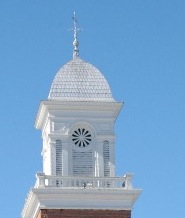 One of the fascinating aspects of GGGrandpa Henry is he  made and played dulcimers. This is a clue of his true heritage.  Here is a picture of one of this dulcimers. Three of his dulcimers are located in Utah Historical museums. The dulcimer is a Middle Eastern instrument called a santor. Henry’s dulcimer is fashioned as a santor. 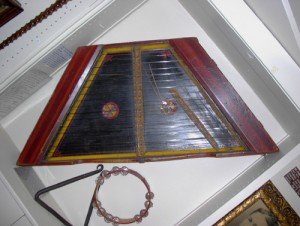 In ancient dispensations, the revelations given by God to Moses ( Deuteronomy 30:3),  Jeremiah (Jeremiah 30:3), Ezekiel ( Ezekiel 28:25), Isaiah (Isaiah 11:11-12; 43:5), Micah (Micah 2:12), and other prophets; for the scattered sheep of the House of Israel to be gathered. These scattered sheep have been/are brought out from the far corners of the earth, coming forth indeed, mixed with gentile blood from their gentile forefathers. As I look back at the history of the Jews, in the last five hundred years, it is marvelous to behold  the sons and daughters of Judah who have been preserved by the hand of God in  leading them to settle in in North and South America which has become another promised land for the gathering of the Jews and the descendants of the Jews.

But what of the faith of the ancient ones before them? What of Abraham, Isaac, and Jacob? Are they not our fathers? Are we not the House of Israel- Dieter Uctdorf General Conference April 2008

When our prophets make statements similar to what President Uctdorf has made, do we really believe their words?   If we have educated ourselves with the history of the House of Israel, we know President Uctdorf’s statement to be a true statement. We understand how the Jews were scattered, not just in a vague sort of theoretical way, but how and why  they were scattered and now being gathered in our dispensation ( Ephesians 1:10;  1 Nephi 22:25; Doctrine and Covenants 39:11).

In the last decade, an awakening has occurred.  God has led many of us to find our  identity as the  lost Sephardim, or in Hebrew, as Anouism. We are discovering our Crypto/Converso Sephardic Jewish heritage. Many are returning to Judaism, and some  have emigrated to Israel.  Other  Sephardic Jewish descendants, unable to leave behind Christ, have joined the Messianic movements.

Jews have noticed this trend and acknowledge the Anouism in the gathering of Israel.

From Spain to Brazil to the southwestern United States, the number of Anousim coming out into the open is surging. The time has come to welcome them back home. Michael Fruend The Inquisition: Full Circle, Jerusalem Post to read article in entirety  see:   http://www.aish.com/jw/s/48891232.html

As far as our family is concerned, God has shown us our true heritage and we are also gathered by the truth and knowledge. We have been blessed by the knowledge as we discovered we have  Familial Mediterranean Fever (FMF) and are now receiving treatment. I believe (just like Joseph Fielding Smith), most, if not all, LDS people are a mix of Hebrew and Gentile. LDS people have also been gathered, but may be ignorant of  true ancestry. It is imperative we come to a realization of who we really are. Our knowledge is part of the gathering of peoples.   I am confident future family historians, filled with the Spirit of Elijah, will use DNA as a tool to find  previously lost generations of ancestors.  They will not assume an ancestral line found in a particular place and time; has always resided in that particular place.  Future family historians will understand the broad view of historical migrations and events which include their ancestors.

In my oldest son Tex’s patriarchal blessing, it is prophesied he will do the work for hundreds of his kindred dead, who anxiously await their temple work to be done. At the time of his blessing, seven years ago, I wondered how this seemly impossible task would be accomplished; now we know. The  work is never done;  the field is white and ready to harvest for us all.

13 thoughts on “Sephardic Jews and the LDS Connection: The Gathering”