It’s always interesting to me to see reactions to changes in the church. Yesterday’s announcement of the new First Presidency was another milestone event for members of the church. As the day progressed I searched out and read the reactions of other people. Thankfully I saw more expressions of gladness and gratitude than of murmuring and disagreement — although those were out there.

One of the complaints/speculations I read had to do with Elder Uchtdorf resuming his place in the Quorum of the 12. The accusation was that he was demoted. One person speculated the reason for this was that Elder Uchtdorf and Pres. Nelson didn’t get along and had philosophical disagreements and that this was a punishment for Elder Uchtdorf — a sort of “bad dog” moment, if you will. No, The 12 are unanimous in their decisions and work. They bore that testimony many times yesterday and in the past as well. END_OF_DOCUMENT_TOKEN_TO_BE_REPLACED

Elder Christofferson conducted the meeting and took a few minutes to explain the process of how the new president is chosen and how things are organized, he also bore his testimony of the meeting, “As a participant, it was sweet, sacred experience in which the Lord’s will was clearly manifest and all were in full accord. This experience confirmed once again that Jesus Christ directs His church.”

He also explained that by choosing the senior most apostle to be the president of the church, posturing or campaigning for position is eliminated, that this process provides continuity and that the one who becomes the new president has been prepared for this calling. He also quoted Elder John A. Widtsoe, “This is a wise procedure. It places at the head of the church the apostle who has been the longest in service. He is known well to the people and trusted by them. He himself knows the procedure of church affairs. He is no novice to be trained for the position.” 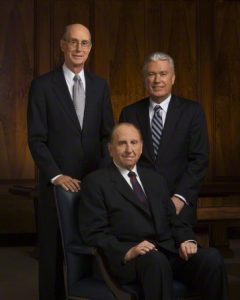 In the Book of Second Nephi 2: 26-27, we read, “Wherefore, men are free according to the flesh; and all things are given them which are expedient unto man. And they are free to choose liberty and eternal life, through the great Mediator of all men, or to choose captivity and death, according to the captivity and power of the devil; for he seeketh that all men might be miserable like unto himself.” The words of the prophets and other leaders of the Church are the way to eternal life. By choosing to follow their council and guidance, we are choosing to follow the Lord. But we have to choose to follow. Nephi also teaches us in these verses that we are here to “act” and “not to be acted upon.” END_OF_DOCUMENT_TOKEN_TO_BE_REPLACED

Today the Philadelphia, Pennsylvania temple was dedicated by Pres. Eyring. There are many other temples that have been or soon will be dedicated this year. It’s an exciting time to be a Latter-day Saint. 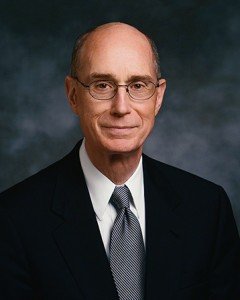 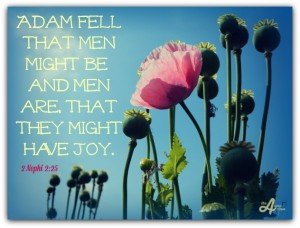 Pres. Eyring began by stating he was there to, “give evidence that a man and a woman, united in marriage, have a transcendent power to create happiness for themselves, for their family, and for the people around them.” He was giving evidence that we are meant to be in families, and that families should create happiness. Next he stated, “I am an eyewitness of the power of the union of a man and a woman in marriage to produce happiness for each other and for their family.” Here several words are important. First, the “power of union” that is found in a marriage. The verb here is “to unite.” We are to be united to produce happiness. We are to be happy and have joy. I have noticed the theme of joy lately being taught by many of our Church leaders. And we all are very familiar with Nephi’s declaration in 2 Nephi 2:11 that “Adam fell that men might be, and men are that they might have joy.” Even when things are not perfect, he encouraged us to strive for the ideal, despite slow outcomes and mocking from the world. END_OF_DOCUMENT_TOKEN_TO_BE_REPLACED