It’s always interesting to me to see reactions to changes in the church. Yesterday’s announcement of the new First Presidency was another milestone event for members of the church. As the day progressed I searched out and read the reactions of other people. Thankfully I saw more expressions of gladness and gratitude than of murmuring and disagreement — although those were out there.

One of the complaints/speculations I read had to do with Elder Uchtdorf resuming his place in the Quorum of the 12. The accusation was that he was demoted. One person speculated the reason for this was that Elder Uchtdorf and Pres. Nelson didn’t get along and had philosophical disagreements and that this was a punishment for Elder Uchtdorf — a sort of “bad dog” moment, if you will. No, The 12 are unanimous in their decisions and work. They bore that testimony many times yesterday and in the past as well. 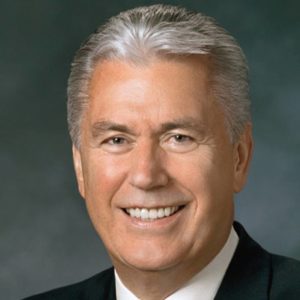 Another thread which I observed complained that now that Elder Uchtdorf was no longer in the First Presidency that there was less inclusivity in the church than ever before and how were they an {insert self-imposed label} Mormon ever going to feel welcome at church again. For some, Elder Uchtdorf’s release back into The 12 is being interpreted as a big mistake on the part of the Quorum. This has to do with the belief that some members of the church hold that the younger apostles are just waiting for the older ones to die off so they can make “the right changes” or changes that fall more inline with the standards and teachings of the world rather than the standards and teachings of the restored gospel of Jesus Christ. The first time I heard this idea, the person with which I was speaking mentioned Boyd K. Packer specifically. Well, Elder Packer has been gone two years and the doctrine of the church is still the same. The laws and doctrines of the gospel will not change.

Last night, thankfully, a post on Elder Uchtdorf’s Facebook page popped into my newsfeed and he shared his feelings on the events surrounding the new leadership calls:

In a comment on her post from yesterday, Meg Stout remarked, “I was reminded that one of the fun things about the Quorum being unanimous in the selection of the new President and First Presidency is that obviously Elder Uchtdorf also concurred with resuming his place in the Quorum.” Meg is 100% right here. I’m sure Elder Uctdorf is excited to get back out into the field to work. Pres. Nelson shared that he’d already been given assignments “for which he was uniquely qualified”. This change is really no different than being released from one calling and being given another. What matters most is the willingness to serve, and I know Elder Uchtdorf is willing to go where he is needed. (Yes the chorus of “I’ll Go Where You Want Me To Go” is playing in my head as I type this). 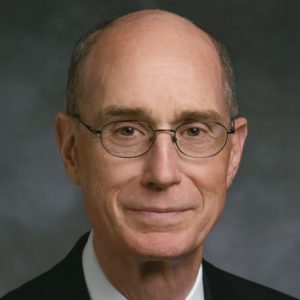 The same can be said of Pres Eyring’s call as Second Councilor in the First Presidency. This new calling is not a punishment or a demotion of any kind. He is willing to serve no matter what the capacity and no matter where the assignment is. In the press conference yesterday Pres. Eyring pointed out the difference between position and influence. They are not the same. He gets this distinction and it’s evidenced by how he serves, not where he serves.

A final word, and this was emphasized several times yesterday, that our questions and concerns can be resolved by staying on, or coming back to the covenant path. When we’re on that covenant path the Holy Ghost can teach, testify, and bring to our remembrance things we know and which will help us as we move forward. And move forward the work of the Lord will.

39 thoughts on “Were Elder Uchtdorf and Pres. Eyring Demoted?”