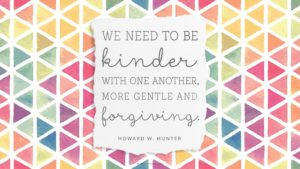 In the age of social media mob violence, we need to be kinder, gentler and more forgiving of each other. We will be more effective as Latter-day Saints by being kinder to people than by being argumentative and rude. END_OF_DOCUMENT_TOKEN_TO_BE_REPLACED

I was recently speaking with a friend, who just quit his job at a correctional facility. This is a place where I once worked, but was fired at, due to a new boss that believes in taking no prisoners. Since my firing 6 months ago, this boss has fired, demoted, or driven away many good people.  What once was a close-knit family with some struggles, is now a divided work place, where many people tip toe around, fearing for their jobs.

Sadly, this seems to more and more be the norm in our society. There was a time when a person was hired at IBM and stayed forever. Loyalty went both directions, up and down the chain. The boss and the worker would look out for each other.

Today, people are just resources to use up and replace, while work locations are just a temporary place to make money, with no loyalty for one another. END_OF_DOCUMENT_TOKEN_TO_BE_REPLACED

One of the good things about being on the high council is I get to occasionally sit in on General Women’s Conference.  This is the second for all sisters, and I think sets a very high standard for all General Conferences. First, the meeting had a clear theme: Temples and Covenants.

Next, the videos were well done. Six months ago, they had a video that seemed a little kitschy, kind of like having too many knickknacks on display.  However, beginning with a Korean Primary, dressed in traditional robes, singing “I love to see the temple” in their native language, while standing in front of the temple doors was tremendous. It quickly reminded me of my military time there in 1985, when the temple was built and dedicated (I was in the English choir).

Later, another video displayed sisters bearing their testimonies in their native languages of the temple. The stories of a young girl converting and taking her deceased mother’s name to be baptized, or the Haitian mother who lost her 6 children in the earthquake, finding joy of eternal families in the temple, were definite high marks of the meeting.

The talks were excellent, giving great examples of covenants and the spiritual and revelatory power of the temple. I applaud the sisters who spoke on a level that could touch all the sisters in attendance, from 8 to 108. (We often will have General Priesthood meetings, where someone will speak only to the deacons, or a specific group, and seems to leave others out, so this is a great example to next week’s speakers).

Finally, President Uchtdorf said something that I was excited to hear.  He called the Women’s Meeting the “opening session” of General Conference, as training will be conducted this following week for General Authorities and Auxiliary leaders, culminating in the final sessions next weekend for all members.  To officially recognize General Women’s Meeting as the opening meeting of General Conference, gives the meeting its appropriate recognition and importance to Conference.

I hope all sisters listen to this session. Then, I hope they have their husbands and sons also listen. There is some great counsel we can all gain from these talks. I hope that next weekend’s talks can be of the same high caliber!

I’ll start out by saying, I am not a feminist. But I am a daughter of God, who loves me very much. I believe that, I know that, and I am not disappointed in this. I’m not going to try and convince anyone that what I’m going to write about today is right either.

Yesterday I made a comment on a Facebook thread. The topic of the tread had to do with the planned protest by Mormon feminists and the Ordain Women group to demand entrance to the Conference Center for the Priesthood Session of the Conference. For some background, these women wrote and asked Church headquarters for tickets to the session, and were politely turned down. Their plans now include marching to the Conference Center to make a scene. This is exactly what they want, a scene to be blown up in the media and online.

In response to my comment, another friend contacted me privately and asked me why I opposed what these women are doing, and gave me several examples of how people had asked the Lord for a change and it was granted, so why not this? I was direct in my answer to him, and will be here as well. I am opposed to what these women are planning because it will cause contention, and because their protest is disrespectful of the leaders of the Church and the council system of the Church. The Book of Mormon is very clear in 3 Nephi 11:29, that “Contention is not of me, but is of the Devil, who stireth up the hearts of men to contend one with another.”
END_OF_DOCUMENT_TOKEN_TO_BE_REPLACED 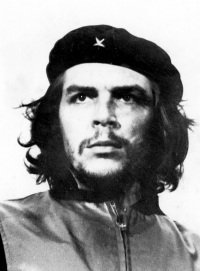 Some LDS proponents of Socialism like to compare capitalism to the infamous Gadianton Robbers in the Book of Mormon. It seems a simple line to draw between the “Profit Motive” of Capitalism and the secret combination of the Gadiantons to “get gain.” Too simple in fact. A more careful reading shows that in some ways the Gadianton Robbers seem to be more like Marxist Revolutionaries.

Chapter 3 of the book of 3rd Nephi in the Book of Mormon is interesting in that it is one of the few sections of the text which purports to give us a glimpse of how the Gadianton Robbers viewed themselves, rather than how they were viewed by Mormon and his Nephite protagonists. Verses 2 through 10 are the record of an epistle written to the governor of the Nephites, Lachoneus, from the leader of the Gadianton Robbers, Giddianhi: