END_OF_DOCUMENT_TOKEN_TO_BE_REPLACED

What I hope to do in this post is list a few resources that a seminary/institute (or even a really dedicated Sunday School teacher) could read to help them get the knowledge to either give good answers to these questions or to know where to look and find the answers. END_OF_DOCUMENT_TOKEN_TO_BE_REPLACED 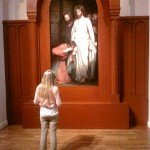 Despite modern definitions and meanings, to doubt is not the same as questioning. It is natural and even required by Scripture that we should question. No one can discover truth without inquiring with mind and spirit where it can be found. How we are to question is important to properly growing in faith. There is a form of action involved that goes beyond the intellectual curiosity. It reads in 1 Thes. 5:21 that believers should, “Prove all things; hold fast that which is good.” As always, Jesus Christ explained how this is to be done while teaching at the Temple. His teachings became a source of astonishment to the people attending because he had no formal intellectual training. They asked him how he could know so much without the proper school education and he responded in John 7:16-17 that, “My doctrine is not mine, but his that sent me,” and “If any man will do his will, he shall know of the doctrine, whether it be of God, or whether I speak of myself.” He is teaching that the way to discern spiritual things is to follow what God has already taught. This idea is emphasized in verse 19 when he asks, “Did not Moses give you the law, and yet none of you keepeth the law? Why go ye about to kill me?” Those who do not follow the basic teachings of God cannot comprehend deeper truths and will be stuck with their questions. END_OF_DOCUMENT_TOKEN_TO_BE_REPLACED 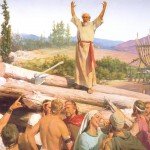 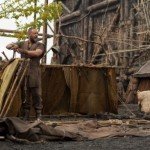 Everyone is talking about the new Noah movie, wondering if its better described as anti-Christian or pure entertainment. The movie collector of critical ratings Rotten Tomatoes has it in the mid 70 percent for critics and in the 40 percent for viewers. The box office has mixed audience result with a respectable showing of over $40 million during the opening weekend. Movies might give promise with such high earnings, but they live or die in the second and following runs. If word of mouth continues to be negative among the most interested possible viewers (Christians), then curiosity and lack of competition gave it the first boost of money. There is far from any guarantee it won’t turn out a bomb. Muslim nations have already given it the banned treatment.

What is supposed to be so bad about the Noah movie for those who don’t like it? For starters, it is considered way too off story from the Bible. Noah is in it, an ark with animals is present, and a flood happens. Besides that, according to negative critics, nothing else is close to correct or even the spirit of the account. He ends up a jumble of crazy, environmentalist, near abortionist, murdering anti-hero. Not even believers would protest an intervention to have him committed. The bad guys are morally questionable, but mostly a bunch of industrialists who like to hunt and eat meat. A critic from the science fiction blog io9 tried to make a case for its spiritual pedigree, but made things unintentionally worse for those Christians who would be the most unconvinced. They would see too much para-Biblical references over the very short Bible narrative.

This brings up the question of what the Noah story really is in the Biblical account. At first I was going to do a bunch of quotes and then solemnly explicate the text. That would be the traditional way of writing a blog argument. An equal concern is if there is enough in the Bible to make a story worthy of a two hour night at the movies. This is as much about creativity and imagination as bad exegesis. Those who support the Noah treatment point to The Ten Commandments for an example of making things up that aren’t found in the text. True enough, as I have my own criticisms about how Moses was portrayed in rather white washed fashion after his conversion. There is a difference because much of what is in the text became part of the film. Not so much, apparently, the Noah movie.

I am going to write a story outline using what can be known from the Bible, Book of Moses and other JST, Book of Jubilee, Book of Enoch, and a small amount of commentary. The end of the story will have a reference list for those who want to check sources and decide for themselves. The intended outcome should evidence that there is enough in the text to make a great film without complete distortion. Obviously it will be from what an equally controversial Mormon point of view. Those who have watched the Hollywood version can decide how close this is to what they saw on screen. END_OF_DOCUMENT_TOKEN_TO_BE_REPLACED

This is a third in a series about learning how to get the most out of the Temple. 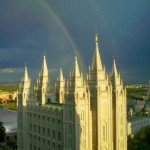 When entering the Temple for the first time or returning, it might help to be aware of some important doctrines for better understanding. There is no “different Gospel” to be found inside that hasn’t been discussed and taught in church on Sunday. Those that say the Temple teaches new doctrine kept “secret” until entering either are ignorant on the topics or more likely exaggerating for the sake of emotional manipulation. Similar to any good literature, the content is deep with allusions, metaphors, and patching together of sometimes desperate truths for greater insight.

Because the format of doctrinal presentation is far more ritualized than typical public church activity, it might at first be hard to recognize the familiar. Even the most knowledgeable Mormon might be a little overwhelmed. Those who haven’t spent much time in personal religious study could likely feel like they are drowning. The reason is the “Plan of Salvation” taught over so many years time gets condensed into a tight presentation. The small drip becomes a flood. Try to drink in too much at one time and the mind and spirit could go into system overload. As was said before, don’t expect to understand the whole or that such will ever fully happen in this life.

Regardless of the difficulties in soaking up all that is offered, there are key doctrines that can help pave the way for inspiration and enlightenment. By no means is the following a comprehensive guide for study. In fact, there really isn’t any way to compile such a list as many things learned in the Temple are personal interpretations; like any Scripture study.

Instead of writing out long commentaries as if an expert in each area, the sections will have quotes from LDS Church leaders and Scripture. There are no better words than from the servants of the Lord. This is a quoted selection of essential readings. It is a starting point for those preparing to attend and more reflection for those having already gone. END_OF_DOCUMENT_TOKEN_TO_BE_REPLACED