The founding of Brigham Young University was a long process. Although the official date is considered 1875, it wasn’t a full university and accredited until after the turn of the century. It started out as an LDS high school before receiving the designation as a higher education academy. A few years in and a fire destroyed the original main building. Presidents of the school came and went as some wanted to improve their professional opportunities. Benjamin Cluff Jr. was the president possibly most responsible for BYU becoming the university it is today, splitting the high school from the college students and implementing updated college curriculum. During his time the LDS Church formally took over the institution and it became a full university in name and purpose. Later presidents of the university would build on these changes and continue expanding its place in higher education.

Not only was the process for BYU long, but it had early controversies. When university President Benjamin Cluff Jr. introduced athletics to the school, they were rejected by those who made final decisions and cancelled. Some who were concerned about making it a university instead of remain an academy, including Elder Anthon H. Lund, didn’t think it would be successful. A huge argument about allowing the teaching of evolution ended with, at least for a time, a rejection of the subject in the school. Concerns were expressed that land bought from Provo for the school would be used for other purposes. It wasn’t until the 1920s that any accreditation organizations recognized it as an acceptable university. From almost the start the academic and spiritual mission of the school seemed to be at odds, or seriously questioned.

At a founding day event on October 16, 1891, the presiding BYU President Karl G. Maeser said about the reason the school existed and its mission:

A glance over the conditions of mankind in this our day with its misery, discontent, and corruption, and disintegration of the social, religious, and philosophic fabrics, shows that this generation has been put into the balance and has been found wanting. A following, therefore, in the old grooves, would simply lead to the same results, and that is what the Lord has designed shall be avoided in Zion. President Brigham Young felt it in his heart that an educational system ought to be inaugurated in Zion in which, as he put it in his terse way of saying things, neither the alphabet nor the multiplication table should be taught without the Spirit of God.

More than ever the dual purpose of education and spiritual development at BYU has become challenged. Those who should be the stewards have largely become offenders. It would be preferable if the spiritual side of an LDS owned university overshadowed the academic, but that isn’t the case. Too much of the world has overtaken to the point that the spiritual is often ignored and even mocked. The secular false gospel of “woke” has displaced the saving truth of the Gospel of Jesus Christ. Unless changes are quickly made, BYU will become fully nothing more than just another secular educational institution hostile to its original religious purpose.

END_OF_DOCUMENT_TOKEN_TO_BE_REPLACED 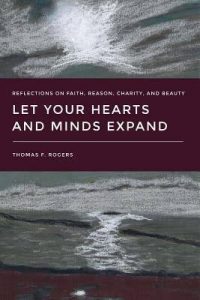 END_OF_DOCUMENT_TOKEN_TO_BE_REPLACED

This was one of my father’s favorite tales:

The Two Travelers and the Farmer

END_OF_DOCUMENT_TOKEN_TO_BE_REPLACED

What I hope to do in this post is list a few resources that a seminary/institute (or even a really dedicated Sunday School teacher) could read to help them get the knowledge to either give good answers to these questions or to know where to look and find the answers. END_OF_DOCUMENT_TOKEN_TO_BE_REPLACED

Note: Emma’s story was recently featured in the March edition of The Friend, a children’s magazine published by The Church of Jesus Christ of Latter-day Saints. The title of the article is “Holding onto Hope.” This blog post tells the rest of Emma’s story. 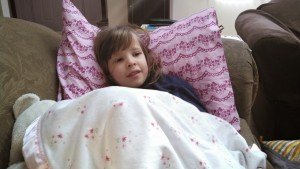 In early spring of 2014, my seven-year old daughter, Emma, was diagnosed with strep throat. My once active daughter was now tiring easily and taking naps–something she never did before getting sick. Her pediatrician prescribed a 10-day treatment of antibiotics and the usual suggestions (e.g., get plenty of rest, drink lots of liquids, etc.) that normally accompany an illness like this.

Toward the end of the 10 days, my daughter wasn’t showing any signs of improvement; she still had a high fever and was very lethargic. That Saturday night, my wife and I decided that we should take her to the emergency room. We knew something wasn’t right. END_OF_DOCUMENT_TOKEN_TO_BE_REPLACED