This week there are two broadcasts from the Church that you will want to tune into watch. 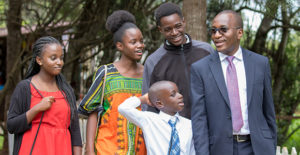 Friday, June 1st, 7:30 MDT the Be One concert, which commemorates the 40th anniversary of the revelation on the priesthood, will be broadcast from the Conference Center on Temple Square. Featured performers include, Gladys Knight, Alex Boyé, the Bonner family, the Unity Gospel Choir International, and members of the Mormon Tabernacle Choir. The broadcast will be live on the Church satellite system, LDS.org, MoTab.org, mormonchannel.org, Facebook, Instagram, Mormon Channel for Roku, and the Mormon Channel on YouTube. 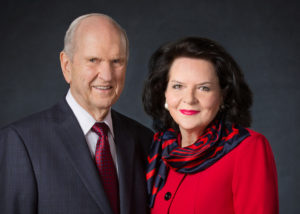 Next Sunday, June 3rd, Pres. and Sister Nelson will be speaking at a worldwide devotional for youth. Pres. Nelson has given us all an assignment of reading from The Book of Mormon everyday and to ask in our prayers to have our hearts prepared to receive what the Lord would have us learn from the broadcast.

If you miss either of these programs, they will be avalible for streaming at broadcasts.lds.org shortly after they end.

With the LDS Church releasing commentary on Race and the Priesthood, it has become fashionable to believe someday a full apology will be given that a ban was ever instituted. Most Mormons say we don’t know why or when the ban was first instituted, questioning if it was from God or man. The prophets, the arguments go, were wrong. The problem with these lines of thinking is that the record indicates the why and when does exist, even if existential questions remain.

Since the start of Mormonism, written records have been an important part of the religion. A few revelations, such as D&C 47, instruct individuals to write and collect records as a testimony. Researchers have noted the amount of history and biography available for research. Very few religious organizations have as much of a paper trail to read. Although not everything was written down to substantiate, it doesn’t matter if a person agrees with the attribution of the divine hand of God. There is a lot to sift through and examine for each facet of development.

The Priesthood ban for blacks is not without its own records. Probably the best study of the issue is from Chapter 4 of Neither white nor Black, an article written by Lester E. Bush, Jr. Despite the introduction that claims he refutes the orthodox explanations of the origin of the ban, his findings actually substantiate that a well recognized ban did exist. It it true that some of the more “folk doctrine and history” are seriously questioned. The clear line of authority for its beginnings remain intact, even with some inexplicable twists and turns.

For a complete understanding of where and when the ban developed, it must be acknowledged that it didn’t come from Joseph Smith. That seems to be the major roadblock to accepting it as a genuine authorized policy. Although still having the prejudices of the time, he was progressive in treating blacks as worthy of equal treatment. That isn’t to say he was an abolitionist in the strict sense of the word. For him masters still had claim to slaves even if ideally all men should be free. This was consistent with the New Testament “hands off” approach to the currently reviled institution. In the Church during his life blacks had no Priesthood ban or any restrictions. For those who insist that the ban was wrong and without authority, this would be the end of the argument. Yet, the Church he founded believes in a continual line of prophets and revelation. His words and teachings might be the first and most scrutinized, but not the last. END_OF_DOCUMENT_TOKEN_TO_BE_REPLACED

Those who disagree with the the LDS Church on certain policies and positions, especially its stance on homosexuality and same-sex marriage, but also on various other policies that clash with current liberal cultural trends, often cite the Church’s former Priesthood Restriction as a precedent for the church to make further changes to accommodate their views.

In fact, for many of them the Priesthood Ban has become a useful hammer that they employ to drive their agenda. It has become a kind of folklore for heretical members of the church that is used to prop up and justify their agitation for change and rejection of prophetic authority. END_OF_DOCUMENT_TOKEN_TO_BE_REPLACED