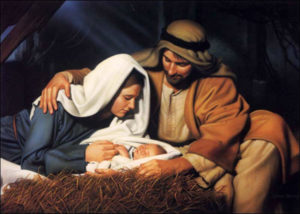 Merry Christmas from all of us at The Millennial Star!

“Lift up your head and be of good cheer; for behold, the time is at hand, and on this night shall the sign be given, and on the morrow come I into the world, to show unto the world that I will fulfil all that which I have caused to be spoken by the mouth of my holy prophets.

And it had come to pass, yea, all things, every whit, according to the words of the prophets.