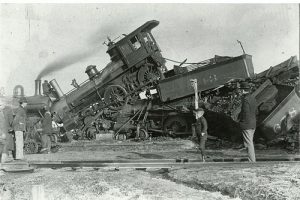 America is having a bad year.

It seems like each week, and almost every day there is some sort of violence being perpetrated on one group or another by some other group or another who feels slighted or aggrieved. This year’s presidential election has not helped the national mood either. We live in this zero-sum game world now where we’ve taken justice into our own hands, because we must win at all costs, or make the people with whom we disagree pay for what we perceive as their sins against us and humanity. Daily, in the media, we hear pudits screaming that people who do not agree with them, “will pay”. My own social media feed is filled with articles written by foil-hatted fools who predict the end of world if their guy (or gal) does not win, or if justice is not served up right away. The anger and frustration is tangible.

Are you tired of it? Because I am.

We need to be having a discussion as a nation that is not about politics, or groups, or whose side will win and what they will do to the losers.

The real discussion we should be having is about forgiveness. Forgiveness Matters. Here, I’ll hashtag it for you #ForgivnessMatters. Now go and tweet that out, but first think about it and let it soak into you head. FORGIVENESS MATTERS.

Abraham Lincoln stated in the closing lines of his second inaugural address, “With malice toward none, with charity for all…” in reference to the Confederacy. With malice toward none, with charity for all. Those are powerful words, considering that at the time the American nation was deeply involved in the Civil War. A war which took the lives of over 650,000 Americans. Lincoln wanted to forgive the southern states and move on as a nation quickly. Sadly, because his life was cut short by an assassin’s bullet, his vision of a nation without malice and full charity was never realized. Revenge was sought and imposed and our nation still feels the effects of that today.

To understand why we need to have malice toward none, and charity for all, we need to back up a few lines. Earlier in the address Lincoln quotes from Matthew 18:7, “Woe unto the world because of offenses; for it must needs be that offenses come, but woe to that man by whom the offense cometh.” Here Lincoln reminds us that in life we will be offended, hurt, and there will be injustice. However, it’s not up to us as mortals to seek revenge or justice necessarily for the offenses we endure. We need to expect as well, that sometimes the justice we seek might never come, or might be delayed.

When we see an injustice on the TV, or in the news, we need to stop, let the facts be discovered and no participate in the mob mentality of agenda driven narratives. That has not happened over the last few weeks and months with the various incidents of violence, and terrorism that have happened in our nation. Sadly, many people take what they see in a short 140 character tweet, or a headline scrolling past in their Facebook feed as the golden standards of truth. We engage in hashtag advocacy without considering the truth, or how lives will be ruined if our hashtags, half-facts, and assumptions are wrong. We share articles on our social media based on headlines we agree with, without having read what we share, thus fanning the flames of discord. In the end, remember the verse says, “…but woe to that man by whom the offense cometh.” That means that God knows what we do, and have done to others. The Lord will be the ultimate dealer of justice. We need to trust that His justice is going to be perfect in every way. We need to trust that He is in control of the outcome of the United States, the whole world, and even our individual lives.

I will be the first to admit, to confess, to proclaim, forgiveness is one of the hardest godly principles and commandments I struggle with. It is hard to forgive, especially when you know that you will never have the “I’m sorry” you seek, or the justice and fairness you deserve. We all have had those instances where we were the injured party, where we were the ones waiting for an apology or some sort of restitution, but it never came. Over time we can let that shortfall eat us up, embitter us, and cause us to go out and commit injustices of our own, or we can forgive and heal and move on.

Consider the Amish. In 2006 a man walked into an Amish school house in Nickel Mines, PA, shot 10 little girls, five of which were killed. You know the Amish are peaceful people. They don’t live worldly lives, they stick to their own and try to make the world a better place by their examples. But they forgave this man who killed an injured their children, that very day. The night of the tragedy, they sought out the family of the man who had killed their children to comfort them; they attended his funeral even. They have found beauty for ashes in forgiving. I’m sure it was not easy for them. I’m sure that sometimes they still have their doubts, but they forgave and healed and continue to be healed.

One of the fathers of the children said, “Forgiveness means giving up the right to revenge.” But I have to wonder, do we ever really have the right of revenge when we are wronged? I don’t think we ever have the right to revenge, truthfully. Another of the Amish stated, “…the acid of bitterness, eats the container that holds it.” When we don’t forgive we are letting ourselves be eaten. That’s not good, when God is right there extending His arms of grace to us. I truly believe that if we leave a space in our hearts, while we grieve, even if it’s a small pin hole, the Lord will provide a way for that pin hole to be opened up into a vast expanse, where we will be healed. This is His grace made manifest in our lives. 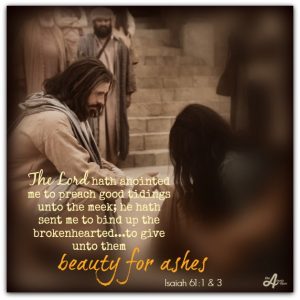 Case in point, from my own experience…

Many years ago, I had a relationship end on a very bad, and bitter note. I was the wronged party, and it was not pretty. I was mad and for many years held onto my anger and my desire for this person to “pay for their crimes” against me. As much as I tried, that payment never seemed to materialize. Eventually, I had to decide to move on, to not let the situation bother me. It. Was. Hard. But, when I did that, piece by piece my bitterness, anger, and hurt was taken away, till I was able to truly forgive this person.

Then a few months ago, this person contacted me and apologized for how they treated me. It was a heartfelt apology and hit all the sore spots I’d once had. This person also asked for my forgiveness, which thankfully and happily I was able to give without hesitation or reservation right away. Up to this point, I really believed that I would never have the resolution I wanted to this situation, and had given up that hope years ago, but allowed myself to move on, heal and to become whole again. I was given beauty for my ashes. Then the apology I’d sought for so long came, and I really saw what beauty was, and how glad I was that I no longer had those ashes in my possession.

Forgiveness matters. In all things it matters.

So how do we implement #ForgivenessMatters?

First, we reach out to people on an individual basis, forgoing any sort of satisfaction we get from Facebook likes or retweets. We go to the person privately, and talk and listen. When we are one on one with a person I think we are better able to love them and understand them and their position.

Second, we take a deep breath and accept that the media is not unbiased, but agenda driven, on all sides of an issue. What we see and read might not be true. In the rush to be first with a story, many news and media sources get it wrong, very wrong. Wait for the facts. Trust that sticky situations are not clear cut, and there might not be a clear solution.

Third, we have to see the person on the other side as a Child of God. That might be hard, considering that we all come from different backgrounds, experiences and beliefs. But all are alike unto God. He loves us all, so we need try to see people as God sees them. Worthy of love, forgiveness and charity, free from malice.

Fourth, realize and accept that life will be unfair, you will be wronged and there will be times when you will not have the justice you seek or deserve. Do not play the victim. Rather, decide to be strong, even if it’s hard, even if you pray every five minutes for strength to endure the injustice.

I think if we start having a real, true conversation about forgiveness, our hearts, as a nation and as people will start healing. As the Amish man said, that means we have to give up our right to revenge. That might be hard in some instances, but in the end, I think it will do more to help controversial and tough situations than anything else.

#ForgivenessMatters, with malice toward none and charity for all … it matters.