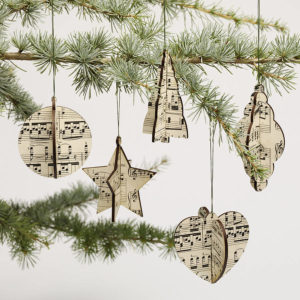 Yesterdays’ post of songs from Spain, Catalonia, and Mexico gave me an idea to highlight beloved Christmas songs that come from different countries. Today we have two carols from Ireland. This year, while clicking backwards on my FamilySearch.org profile, I discovered that my family has Irish ancestors — ancestors that escaped the potato famine of the 1840s no less. I have some reading and study to do for 2019 to learn more about Ireland.

Don Oiche Ud I mBeithil by the Chieftains featuring Burgess Meredith. Yes, that Burgess Meredith, the Penguin from the 1960s Batman TV show, and of course The Chieftains are a great traditional Irish folk music band. But I love this song because of the narration in English, and then the song following in Gaelic. It tells the story of Christmas with beautiful simplicity.

The Wexford Carol by Alison Krauss feat. Yo-yo Ma on the cello. This song originated in the 12th Century in County Wexford from the town of Enniscorthy. Traditionally it’s sung by men, but in the last few years, women have begun to sing and record it. I love the invitation that the first phrase extends, “Good people all, this Christmas time, consider well, and bear in mind what our good God, for us hath done, in sending His beloved Son.” Consider the good God has done for us, in sending Jesus Christ.