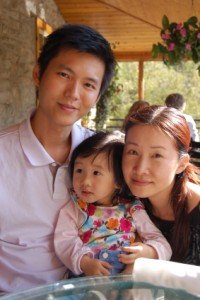 Strengthening Families In China: What We Have In Common

In the spring of this year I was approached by an American woman who does service work in China, and asked if I would go to Beijing, China to help strengthen families there. This woman had been speaking to some government officials and asking how she could help China, and they said that they were worried about their families. Specifically, they asked if she could bring someone over who could teach people how to strengthen families.

To make a long story short, I was asked if I would go do this teaching for the Chinese people. Going to China to teach is no small task, so we considered carefully. After feeling it was the right thing to do for the Chinese people we agreed to go. However, then we had a new problem; money for the trip.

The offer for someone like me to come over was made in good will, and no money was expected to pay my way. I still felt I should go, but didn’t know how I was going to afford it. (At this part of telling the story I get tears in my eyes.) People, some I know and some I don’t, offered donations to help me fund the trip when they found out I was going on a good will tour.

By nothing short of a miracle, we raised the money for the trip just in time to go. Thank you everyone.

While in China we presented our material about creating happy, strong families six times, to many different people. We presented to school groups, government officials, university presidents and on a government owned radio station. We also spent a short time teaching a group of children about happy family relationships too. We really enjoyed our time with the children and people of China. The government was also very excited to translate my book and have it widely read in their learning centers, and homes.

You see, the Chinese people have many of the same concerns we have in the United States. They want happy, strong families, and are concerned about the way society is disconnecting the children from the families too. I was really impressed with the desires of the parents and officials I met. They were sincere and receptive to the message I presented.

The main problem in Chinese families, much like here, is that the parents and children don’t have a strong connection with each other. The parents are spending their time, and energy trying to correct problems with school or behavior, but don’t have the time to build a proper relationship. The world is so busy. There is so much pressure and stress on families these days to do so many things.

The good news it doesn’t take too much time to make a huge difference! I told the people on the one hour radio talk show and the people I spoke with that they could start re-connecting with their children by just taking one night a week to have family activities. I told them we do Monday nights, but that they could pick any night they wanted.

I also spoke with them about having regular family meetings. I gave them a format to follow to have an effective family meeting and to have it only take them 20 minutes. We also mentioned weekly mentor sessions, and deciding upon a family vision of what kind of family they wanted, as well as many other useful parenting skills. If the families of China and the rest of the world can have a picture and a feeling in their hearts of what kind of family they want to be, then they will be able to live with more purpose and have the power to make great changes in their families. Visions are important!

Without a picture of what we are going toward as a family, we are a bit lost, and very vulnerable to the treacherous social tides. Having a vision of what we are doing in a family, or business, gives us freedom to succeed. Vision gives us courage to choose to be different than the norm, and a reason to take deliberate action in our own lives.

Each time after we were done speaking the people seemed renewed. They had something to work toward. They had a picture and some new skills to implement to make their relationships happier and their families united.

Beijing is an amazing place! We saw some of the great tourist sights there, but mostly we saw the people and their hearts. What we saw was good and inspiring. We saw a people who are trying to make improvements in their families and communities and a people who weren’t afraid to make a change to get what they want. Beijing has pretty much been transformed in 40 years from a third world country to a modern superpower. This is remarkable. Obviously the people there are not afraid to make changes, and believe in the philosophy that if something isn’t working right, you fix it. This attitude by the leaders in government and the other teaching professionals was inspiring, to say the least. This proactive attitude was especially inspiring as it related to them going back to the trusted traditional relationship principles we taught.

To hear a recording of Nicholeen speaking about her trip to China go to http://teachingselfgovernment.com/nicholeen-talks-about-her-china-trip-614#comment-447