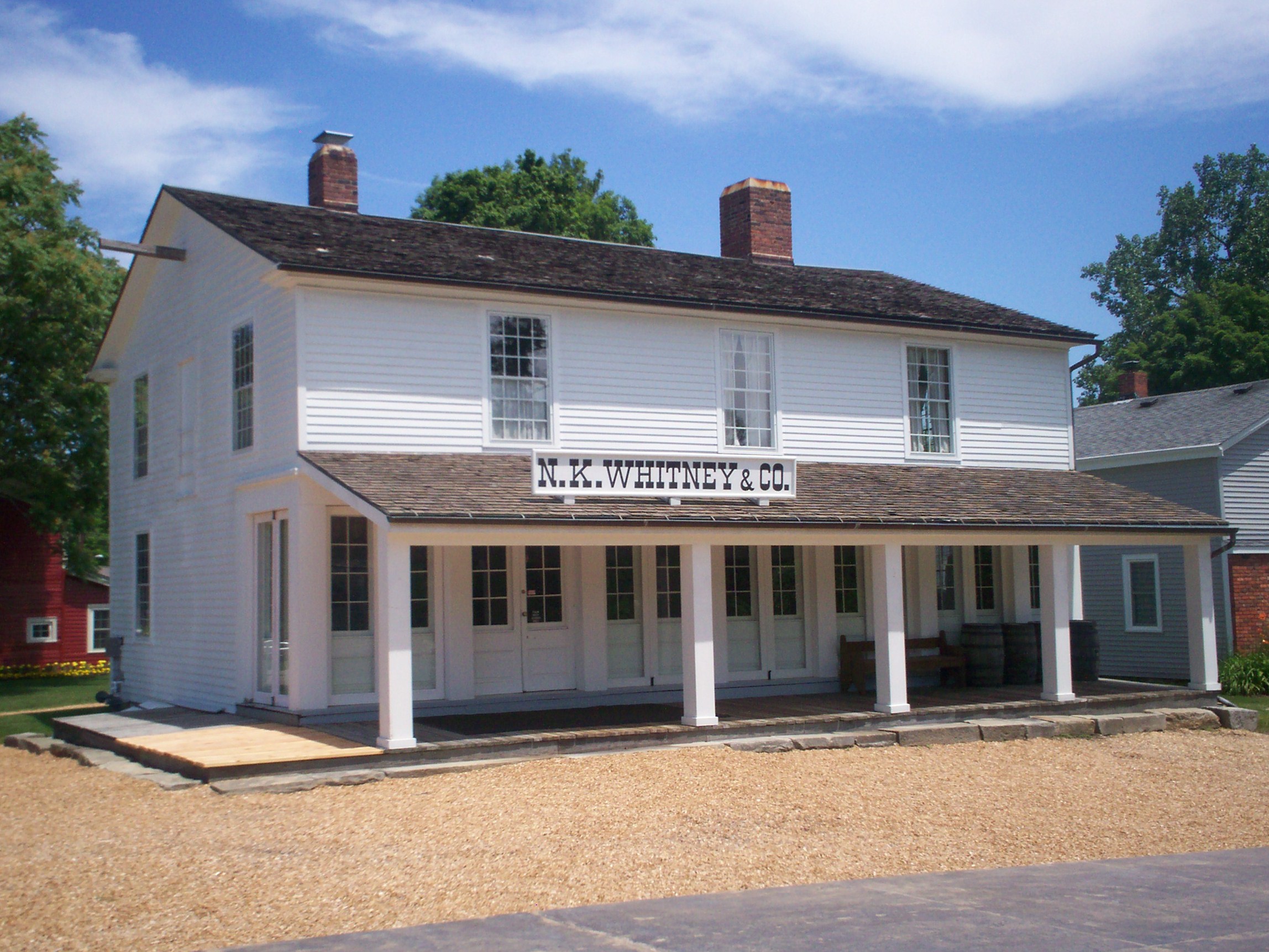 The Whitney Store
(Photo by Jon Ridinger
from Wikipedia)

[This is the fifth post in a series. To read the series from the beginning, go to A Faithful Joseph.]

Before we discuss the details of the women and men who interacted with Joseph on the subject of marriage, let us remember that Joseph Smith primarily taught his followers doctrines of faith, repentance, and baptism that are familiar throughout the Christian world.

Of those doctrines the rest of Christianity find controversial, the vast majority are teachings Mormons cherish: mankind’s relationship to God, the responsibility of individuals to their children, and our duty to our ancestors. We cherish the power the marriage bond offers us in Mormon theology.

The crucible that gave birth to modern Mormon marriage practices, however, is the mis-understood, never-talked about *thing* that causes so many to question the simple faith they had as children, converts, or young missionaries. But Joseph’s struggle has a pattern to it that most of us have failed to see. Before I started telling you the stories of these women, I wanted to explain my conceptual framework for understanding these ladies and the milieu in which the concepts associated with modern Mormon marriage emerged.

As discussed in earlier posts, It is likely Joseph came to believe plural marriage was possible, even required, in the 1831-1832 timeframe. But Joseph would avoid plural marriage for a full decade after the initial revelation, with the largely inferential exception of the Fanny Alger debacle.

By the time Joseph began to enter into plural marriages in 1841, several of the ladies he married were acquaintances from the 1830s, women he reportedly felt prompted to marry during that first decade of inaction. This is known and understood.

Less understood is the devastation caused by John Bennett as he and his followers seduced unknown numbers of women during 1841-1842. John Bennett and his acolytes taught their victims that “it was right to go to bed to a woman if not found out.” This secret, illicit sex was called spiritual wifery.

As I research the women Joseph either married, sought to marry, or is accused of having married, they fall into one or more of the following categories:

Wives of Commandment. These are women Joseph married based on a reported commandment, most notably being threatened by an angel with a drawn sword.

Levirate wives. These women were widows whose first husband had died. Joseph married them to provide for them and protect them, whether temporally or merely spiritually. This sort of marriage is outlined in Leviticus and illustrated by the stories of Tamar and Ruth, ancestresses of King David and Jesus Christ.

Victims. These women appear to have been seduced or raped by John Bennett and/or his acolytes. No children born to possible victims during this time frame are known to have survived to adulthood. Joseph or other church leaders appear to have spoken with or “married” these women to provide for them and to protect them. In the case of one of these likely victims, Emma actively participated in helping protect the woman.

Detectives. Joseph taught these women about “Celestial Marriage” and asked them to enter into covenant with him in connection with the search for the men teaching “Spiritual Wifery.” As Emma was also one of these detectives in her role as Relief Society President, it is possible or even likely that she knew about these “wives.”

Dynastic wives. These two women were daughters of faithful church leaders who wished to create a familial link between themselves and Joseph Smith. In each case, the daughter’s marriage to Joseph Smith was associated with the leaders’ extraordinary devotion and celestial marriage to his own legal wife. The celestial solemnization of the civil marriages of these two sets of parents are the only ones to occur prior to the celestial solemnization of Joseph’s own marriage to Emma.

Handmaids. These are women Joseph married in 1843 who were relatively young and unmarried. In these cases, Emma was likely aware of the relationship between these women and Joseph. In some cases Emma is undeniably documented to have given Joseph permission to marry these women.

Hagars. These four women were evicted from the Smith household by Emma. Though it is inferred that the rejection of these four means Emma Smith was unable to condone her husband’s plural marriages, there are many more wives Emma continued to associate with closely, despite knowing they were at least ceremonially linked to Joseph Smith.

If the 1840s gave us an astonishing number of marriages to study and document, the 1830s are outstanding because of their near silence on the topic of plural marriage. My next post, The Decade of Delay, discusses a possible chain of events in the 1830s involving Marinda Johnson, Hannah Dubois, Fanny Alger, Jared Carter, and Oliver Cowdery.

7 thoughts on “Of Wives and Handmaids”