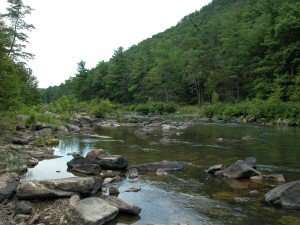 The other day I explained what I think happened between Brigham Young and Martha Brotherton. My thesis was that Martha’s encounter with Brigham occurred prior to January 1842, before we have a positive indication that Joseph Smith had included Brigham in ceremonies related to the New and Everlasting Covenant. The July 1842 letter describing Martha’s alleged ordeal appears to pin the incident as occurring in February-March 1842, when William Clayton was working in the tithing office and prior to the April 7th denunciation of the tale during General Conference. 1 I tried in vain to locate a direct reference to the arrival of the Brothertons in the vicinity of Nauvoo, Illinois. But we know that Mary Brotherton (born 1819) had married a John McIlwrick. John and Mary would join Martha’s other sister, Elizabeth, in denouncing Martha as “a deliberate liar;” as “a wilful inventor of lies;” and a circulator of “lies of a base kind, concerning those whom she knew to be innocent.” These family members also accuse Martha as acting outside of “common decency,” by “lying on the top of a young man when he was in bed,” etc. 2 Perhaps, I thought, I could find when John McIlwrick arrived in the United States and thus pinpoint when the Martha Brotherton episode could have occurred.

5 thoughts on “Who was John McIlwrick?”