“You find magic wherever you look. sit back and relax. all you need is a book”
– Dr. Seuss, The Cat in the Hat

“Oh, Man will fly all right – ho-ho-ho! – just like a rock.”
– Archimedes the Owl from Disney’s Sword in the Stone 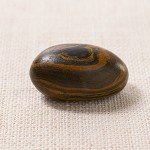 What can I say? I was, apparently, lied to by whoever I can point a finger at as responsible. Artistic renderings, Sunday School lessons, General Conference talks, and of course Joseph Smith himself concealed the real history. The Urim and Thummim was supposed to be the principle means of The Book of Mormon translation, but it turns out a Seer Stone did most of the work. I mean, it was no secret that a stone in a hat was the means of production. What became lost and confusing is how much that became the tool used by Joseph Smith to translate by the Gift and Power of God.

This introduction is partly facetious, but there is some truth to the words. My own early knowledge was based on what critics consider misinformation, although more like simplifications. The article “Joseph the Seer” is not the first time the topic of The Book of Mormon translation tools have been published. During the first decade of correlated magazines, there was a Friend Magazine article and an in depth Ensign publication that might be superior to the most recent. The history is confusing even with the primary documents. All of them have points of convergence. But, taken all together there is no clear picture of the means or process. The only person who would know for sure, Joseph Smith, was vague to the point of near silence. He was far less concerned with how The Book of Mormon was produced and more focused on the fact it was written. The teachings in the book are to be read, pondered, and studied while translation devices are simply tools to be used and discarded.

To increase the problem is the concern expressed in my previous post about the Age of Reason. Despite stories of ghosts, bigfoot, UFOs, and the persistence of astrology still printed in newspapers, miracles of the religious kind are a bridge too far in Western society. Throw in a physical object where its existence, if not the miracle, cannot be refuted and skepticism becomes scorn. Even believers wince at a small, brown, and smooth stone once used to commune with the Divine. Throw in a funny old hat and there seems nowhere else to go but ridicule. What is that you say? Oh, don’t mind my rabbits foot keychain or lucky horseshoe. No one really believes in those kinds of things anyway.

In case you are not sure where this is all headed, sorry to disappoint by not knowing myself. The whole episode is beyond my personal experience. The closest parallel is owning a pet rock that sat there and did nothing. I doubt I am the only one who is at a loss, and I consider myself well read and knowledgeable on the subject. For this reason it might be hard for a coherent discussion of what it all has to do with everyday faith. After all, how can a believer respond to something that is more an historical curiosity than liturgy. Jesus said that nothing is impossible and faith can move mountains. He also said rich people cannot get to Heaven, although hedging the bet by hinting that God has the power to let them in anyway when questioned by the disciples. If a stick with a serpent stuck to it can heal the dying in the wilderness (and that was not the first snake miracle), surely a farm boy using a nice looking rock can produce a religious masterpiece. Even those in the days of Jesus had to decide if he was a miracle worker or devil inspired trickster; a question that persists to our time.

Getting back to the history of the Seer Stone and The Book of Mormon translation, what does the primary documents tell us? Depends on who you believe and read. Negative newspaper reports are rather consistent; that Joseph Smith found “spectacles” with the gold plates and placed the instruments in a hat to interpret ancient writings. The earliest telling, by those hostile to the work, rarely mention the Seer Stone and instead what is later described as Urim and Thummim. The assumption can be inferred that at the beginning of the process of translation that Joseph Smith did mostly use the ancient white rocks of revelation. More research presents the possibility that, despite tradition of Biblical origin, these were the rocks touched by the finger of God in the book of Ether to illuminate the inside of crafts crossing a large body of water to the promised land. Joseph Smith said there was no reason to explain how it happened except by the gift and power of God using the spectacles preserved for translating.

Later and more friendly tellings become “clouded” in personal opinion and time lapse memory. The most influential to historians was the now famous anti-Mormon and anti-Joseph Smith Howe publication purported to contain interviews of early neighbors. Of significance is the story of a man named Chase who claims to have first possessed the Seer Stone before Joseph Smith used it as interpreters. Apparently, Chase and Joseph Smith found it at the bottom of a well and used it to find buried treasure. According to Chase, at first Joseph Smith borrowed it from him and then later stole it without returning to the rightful owner. The more friendly and first person witnesses are not likely to mention the Seer Stone until later years. That includes Emma Smith’s claim that the Seer Stone in a hat was the main tool for the translation of the plates into the English version. In fact, she comes right out and says that the Urim and Thummim was used at first until the 116 pages loss when they were taken away. That left the Seer Stone (or a few) to finish the work. Martin Harris stated the Urim and Thummim was the means of translation, and so does early recollections of Oliver Cowdery and David Whitmer who both should have known more than others. Only later did David Whitmer in interviews seem to corroborate Emma Smith’s version of the Seer Stone usage when it became “more convenient” for Joseph Smith than the supposedly awkward white stones. He often corrected reports of interviews who interpret him as saying Joseph Smith only used the Seer Stone, although still holding to the belief that the Urim and Thummim was of temporary function. The sometimes challenged assertion of later prophet Joseph Fielding Smith that the Urim and Thummim had to be the main tool rather than a brown Seer Stone in the translation is not without foundation. Despite statements of Emma Smith and David Whitmer in later interviews, the more consistent reports even in hostile newspapers point more toward the Urim and Thummim as the interpreters. There is a he said she said quality to it all. Those who are curious can read witness evidence and decide for themselves.

Exactly how the interpretation worked is even more confusing. Some witnesses say it was a tight translation, others loose, and yet others a combination while looking at a stone in a hat to help with illumination. Linguistic and textual evidence doesn’t give a clear answer. It seems to mostly be a loose translation with punctuated tight moments for particular words or phrases. Even this is too easy a description of the process since the writing style seems to have a Hebrew root, with an English form earlier than the King James Bible that interacts with Joseph Smith’s own idioms. At times the KJV Bible chapters or verses are referenced, especially with Isaiah passages, although not slavishly as there are both slight and huge differences. There is no doubt either in the witness testimonies or the present textual studies that proper names were tightly controlled. This all keeps the mystery and miracle of translation alive. Believers and detractors can find whatever evidence they want since the findings are so mixed.

With so many witnesses and evidence, where did the traditional version of the translation where Joseph Smith hovers over the plates without tools come from? It is tempting to assert that artists created the “clean” version, and perhaps in a way they did. My own theory is that this started with Dr. Charles Anthon, famous as the person who accepted and then rejected the “gold Bible” translation, in the Howe anti-Mormon book. Probably from both hearsay and actual discussion with Martin Harris, he describes how a curtain was used between Joseph Smith and the scribe while sometimes the two were not even in the same room. He is consistent in the claim that white spectacles (and not the Seer Stone) was the translation method. This was coupled with other reports by both friendly and unfriendly sources that either mention a similar curtain configuration or a cloth covering over the plates. This was probably conflated with the witness testimony that Joseph Smith copied by hand the words on the plates to deliver to Dr. Charles Anthon for analysis mixed in with the interpretation method of tight control. The biggest mystery is leaving out the stone in the hat that shows up in almost every description; the most contentious critical concern about artistic renderings. To think that traditional “orthodox” images probably had genesis in hostile literature.

Where does that leave the now celebrated Seer Stone that everyone points as The Book of Mormon’s chief interpretation device? Not at center stage as many are want to believe. The Urim and Thummim are still in the running as top tool, despite the Emma Smith interview or David Whitmer back and forth several years after Joseph Smith’s death. The preponderance of evidence, in my estimation, leaves the brown stone as a translation supporting player in both friendly and hostile reports. The true lost part of the story is the hat (and sometimes box) where the Urim and Thummim and occasional Seer Stone were placed. No matter if white and brown Seer Stones become part of Mormon religious lexicon or liturgy, hat gazing is still the most uncomfortable image. The faithful are promised to someday have their own stone in the next life as part of the work in Exaltation. Where the hat fits is something I haven’t been able to fully digest without some spiritual heartburn. The snicker factor is strong.