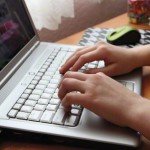 Even before the official founding of The Church of Jesus Christ of Latter-day Saints, Mormonism has been using the most up to date communication technologies to spread the gospel. A particular viewpoint has been the incredulity that a highly successful new religious tradition started in the days of the printing press. Even more amazing is that it was printing, especially in the form of a new Holy Book called The Book of Mormon that contributed to its development. This was followed by newspapers and pamphlets that contained apologetics, sermons, information for the scattered members, and even new revelations. It was an amazing achievement of audacity and organization. The same can be said about its embrace of radio and television when they became widely available.

Modern times continues forward progress with the Internet, and the LDS Church is still utilizing the most advanced methods of communication in existence. It was one of the first religious organizations to develop a fully functional web site dedicated to connecting with members and spreading its teachings. This has been recognized with some regularity by those who pay attention to such things. Despite the belief that the Internet has been eroding the faith of Mormons, factual studies have shown that the LDS Church is still growing and retains more of its membership after young adulthood than most other religions. More can be done, but that is up to individuals who have been commanded since President David O. McKay that every member should be a missionary.

when I first started blogging ten years ago, my main concern was that very few “orthodox” members had a website worthy of reading. My own Straight and Narrow Blog, now a clearing house of my posts from other sources, had a mission statement goal to be a conservative voice among a large and loud liberal “un-orthodox” bloggernacle. I had hoped to be an example to start a trend for better and more thoughtful defenders of the traditional faith views. Comparing that time to today, there has been improvements in “orthodox” Mormon blogging. Unfortunately, the majority come from those who found one another and not to a lot of growth in blog numbers. Keeping up a blog is hard and too many come and go that could have survived if given support, even though other factors do contribute. Perhaps after ten years the idea of a strong, influential, and vibrant conservative “orthodox” blogging community is of limited possibility.

Certainly the leadership of the LDS Church sees the potential of the Internet to allow the faithful to spread the Gospel in the spirit of every member a missionary. Just last year Elder David A. Bednar talked about Internet usage at a BYU Campus Education devotional:

The Lord is hastening His work, and it is no coincidence that these powerful communication innovations and inventions are occurring in the dispensation of the fulness of times. Social media channels are global tools that can personally and positively impact large numbers of individuals and families. And I believe the time has come for us as disciples of Christ to use these inspired tools appropriately and more effectively to testify of God the Eternal Father, His plan of happiness for His children, and His Son, Jesus Christ, as the Savior of the world; to proclaim the reality of the Restoration of the gospel in the latter days; and to accomplish the Lord’s work.

Members have followed this guidance, but not enough to make the impact possible with a greater involvement. This is not even a new message. A similar set of thoughts was expressed by Elder M. Russell Ballard in December 2007 at BYU-Hawaii:

Now, may I ask that you join the conversation by participating on the Internet to share the gospel and to explain in simple and clear terms the message of the Restoration. Most of you already know that if you have access to the Internet you can start a blog in minutes and begin sharing what you know to be true. You can download videos from Church and other appropriate sites, including newsroom.lds.org, and send them to your friends. You can write to media sites on the Internet that report on the Church and voice your views as to the accuracy of the reports. This, of course, requires that you understand the basic principles of the gospel. It is essential that you are able to offer a clear and correct witness of gospel truths. It is also important that you and the people to whom you testify understand that you do not speak for the Church as a whole. You speak as one member—but you testify of the truths you have come to know.

Perhaps most conservative or “orthodox” Mormons like to live rather than talk. Conservatives of all stripes are not known for erudite expansion of their thoughts and ideas. This has given the liberals, who do love to talk, plenty of false ammunition that conservatives don’t think. The truth is that conservatives believe in doing rather than saying. They don’t do much writing, they don’t do much active protesting (although that has slowly changed), and they don’t do nearly as much navel gazing. What they do tend to do is act on their thoughts and ideas because the thoughts are secondary to actively achieving. Thus, I believe, to blog is not something that “orthodox” Mormons really appreciate. Instead they go to Church, read Scriptures, home and visit teach, work to earn a living, raise children, and basically live the teachings of the LDS Church rather than discuss them.

If the general “orthodox” Mormon doesn’t care for blogging, they won’t write blogs. Sadly, this quiets the voices that reflect the mainstream of active Mormonism. For instance, at a familiar group blog the question was asked what books would be used to introduce Mormonism to outsiders for a better understanding of the faith? The list contained obscure history books with little value to an actual representation of mainstream Mormonism. To be sure, some of them were good for those who are already familiar with Mormon readings of history. However, none of them capture the heart and spirit of every-day Mormon followers who live the religion. The point is that what is representative of a particular brand of Mormonism (the self-satisfied, over educated, and usually less Church active Internet participants), is not what actually exists in the same numbers in the real world. Despite a few discussions that an “orthodox” Mormon might appreciate, a large portion of blog posts are less-than-faithful and full of murmuring. This is hardly what the Elders quoted above mean by spreading the Gospel on the Internet or defend the faith against false and maligning influences. If anything, they contribute to the harmful effects of spiritual and moral degradation.

Any who are reading this and fearful of putting their toe into the water, the blog world can be seen as a fulfilment of some “orthodox” Mormon activities. The first as already mentioned is missionary work where the word is spread to those who are not members of the Church. Unlike door knocking, people have to find you rather than you find them. Still, it is better to try than ignore using a gift the Lord has given for greater access to those outside the usual social spheres. The second and most often used by “orthodox” members is as a way to keep a diary. This has its own problems with privacy concerns and lost data if wanting to keep for posterity. This can be overcome if the poster is prudent in what they decided to write, mostly keeping to general insights and observations. Always back up and print out any or all posts of importance. Expand intimate details only with private writings that few will read. Consider the difference between newsprint and letters to the editor over paper journals. What is said online goes to everybody. That can be a good opportunity with practice and confidence.

For those of us more “orthodox” who already Facebook, Twitter, and especially blog there is nothing new needing to be done other than continue. The next goal could be to take these quotes from Apostles and recruit more of our faithful brothers and sisters to participate. Take them under wing and guide them through the rough areas and mine fields of spiritual dangers until they too can become a force for good to add to the small conservative voices of LDS Church supporters. Make it a habit when finding a truly faithful online presence to leave encouraging words. Small in number might always be the situation, but much can still be done.

40 thoughts on “The State of “Orthodox” Mormon Blogging”