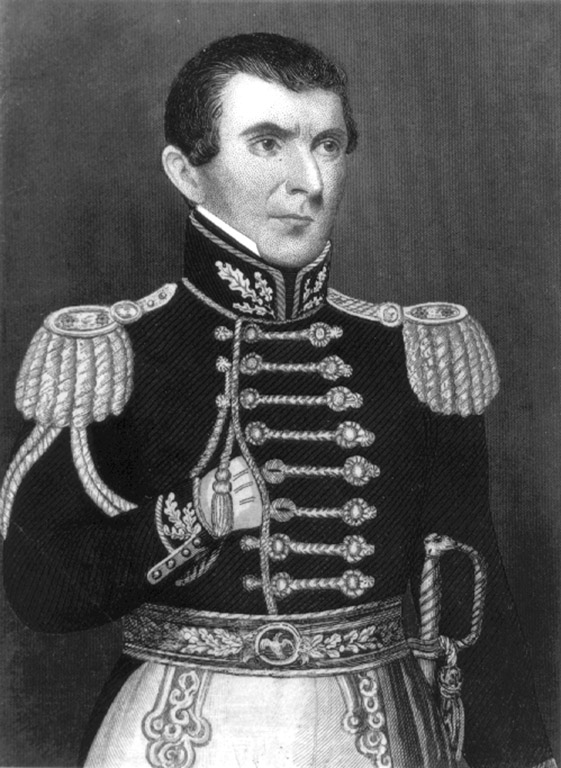 In June 1842 Dr. John C. Bennett left Nauvoo, thoroughly angry and vengeful. He had been fired as mayor, evicted from the Church, outed as a sexual predator, and thwarted at every turn by Joseph Smith and the newly-formed Relief Society.

Few realize that Bennett returned and met with Joseph. Even though neither man recorded the details of their meeting, the record suggests Bennett was willing to repent.

Once there was a man who spoke evil of the rabbi. The rabbi had done no wrong, but the man’s tales brought him fame.

Much later, the man realized the harm he had done. Weighed down with guilt for his great crime, the man returned to the rabbi to make amends. He openly admitted his wrong and offered generous payment.

The rabbi looked at the money on the table with sorrow. The rabbi picked up a pillow, stuffed to bursting with fine goose down. Curious, the man followed the rabbi outside.

Without a word, the rabbi took the pillow in his hands and ripped the ticking apart. Aware of the value such a pillow would fetch at market, the man cried out as the feathers scattered in the wind.

As though awoken from a trance, the rabbi turned to the man. “My friend, please bring me the feathers, and we will repair the pillow.” The rabbi hugged the man. As the rabbi released the man, the man saw the tears glistening on the rabbi’s cheeks. The rabbi gathered the limp ticking in hand and walked back to his cottage.

The man turned to his task. He quickly gathered several handfuls of the white down, and began to hope. But as the sun fell low in the sky, clouds gathered on the horizon. Rain began to fall. The man hurried back to the rabbi’s cottage with the precious feathers.

Wordlessly, the man offered the feathers to the rabbi. Carefully, the rabbi placed the gathered feathers into the ticking. The rabbi stitched the rip in the ticking, and the man saw that the repaired pillow was a flat parody of its original form.

The rabbi presented the lumpy, ill-stitched pillow to the man. “Now, my friend, go and attempt to gather back all the words you have spread.” 1

The History of the Saints

For nearly a year after Bennett left Nauvoo, he traveled America, regaling crowds with tales of the supposed evils of Joseph Smith and his band of Mormons. Within weeks Bennett had produced a book, titled “History of the Saints.” The book largely consisted of affidavits Bennett had collected during his career, attesting to his virtues, combined with a variety of fantastic tales of evil allegedly perpetrated by “the Saints.” Perhaps to eliminate the threat of inconvenient truths disrupting his campaign against Smith, Bennett finally obtained a divorce from his estranged first wife, Mary Barker [Bennett]. 2

After a year Bennett’s ability to attract crowds was waning. Not only were Bennett’s tales about the Mormons old news, it appears communities no longer wished their citizens to be exposed to tales of lurid sexuality. When Bennett attempted to speak against Mormonism at the stage barns in Fort Des Moines in Iowa, men with firearms persuaded Bennett to cease sales of his anti-Mormon book, History of the Saints. 3

By the fall of 1843, Bennett decided to visit the Hinklites. George M. Hinkle had been a staunch member of the Mormon Church, but in 1838 Missouri Hinkle had turned against Joseph. Knowing that the Missouri militia intended to kill Joseph, Hinkle betrayed Joseph into their hands. 4 Only five years had passed since Hinkle had plotted Joseph’s killing and proceeded to confiscate the property of the man he believed would have been dead.

Perhaps Bennett saw in Hinkle some kind of kindred spirit. Surely, he might have reasoned, Hinkle could reveal history that might revivify Bennett’s own claims of injustice.

We don’t know exactly what transpired during Bennett’s visit to Hinkle. But it is while Bennett was in Moscow that his writings for the first time reflect a correct (if still hostile) understanding of Joseph’s practice of plural marriage. On October 28, 1843, Bennett wrote about the “Doctrine of Marrying for Eternity… They must marry in time so as to begin to form that sincere attachment and unsophisticated affection which it is so necessary to consummate in eternity in order to [realize] the peace of Heaven.” The doctrine of plural marriage was also described in this letter, “a man may select as many wives for eternity as his devotion to the interests of the Mormon Church will entitle him–and this is to be determined by revelation through His Holiness, the Prophet!” 5 6

While it is possible Hinkle was the sole source of Bennett’s new information about the ‘Doctrine of Marrying for Eternity’ which might have been rumored in relation to the fuss about Joseph Smith and Fanny Alger, it seems more likely that someone from Nauvoo was in contact with Bennett. An Nauvoo correspondent would have been able to convey another item of potential interest: Miss Elvira Annie Cowles was still single in October 1843. 7

For whatever reason, Bennett left Hinkle and traveled back to Nauvoo. Arriving in early December, Bennett would find that Miss Elvira Annie Cowles had married Jonathan Holmes just that week. Bennett would never speak of the visit, nor did anyone else described what happened. The only historical trace is an entry in Joseph Smith’s Daybook from his General Store in Nauvoo. For some reason, Bennett handed Joseph $117. At $0.10 to $0.25 per head at Bennett’s lectures, this represented the net profit from thousands of lecture tickets. In the Daybook, Joseph quietly attributed it as back-payment of rent for 39 weeks’ lodging at the homestead. 8

Everything Bennett did following this December 1843 visit could be interpreted as the actions of a penitent.

Trying to Gather the Feathers

Following Bennett’s visit with Joseph in Nauvoo, Bennett traveled to Boston. As he had done at the beginning of his tours defaming Joseph, Bennett booked Marlboro Chapel for the purpose of delivering a lecture.

When Bennett took the stage, he began by describing his own sins. Bennett’s confession of wrong was then followed by a complaint that Mormons themselves were similarly guilty, and that Bennett should not have been the one at whom the first stone was cast. For those of us who have studied the many other Mormons caught up in the spiritual wifery scandal, Bennett was not lying here. The other Mormons who were similarly guilty included Francis and Chauncy Higbee, Justin Morse, Sheriff Backestoes, Orange Wight, John Higbee, Bishop Knight, and William Smith, to name only a few.

Before Bennett could say more, however, the crowd turned on him. They pelted him with rotten eggs. When Bennett retreated and fled the building, the “vast assemblage” chased him through the streets of Boston, running over several Boston police officers in the process. 9

The Boston attack ended Bennett’s attempts to set the record straight among the general public.

Return to the Saints

Days before Joseph’s death, an unidentified “Major-General in the Illinois militia” wrote to Bennett on June 19, 1844, saying “we need you very much in your military capacity throughout the campaign… things will come to a crisis in about eight to ten days…”

Bennett was not able to respond to the letter in time to affect the outcome. In eight days, Joseph Smith was dead. With Joseph’s death, the only man who might have vouched for Bennett’s intended repentance was gone.

Joseph had once upon a time blessed Bennett, promising blessings and great glory had he accepted counsel and stood by Joseph:

Again, let my servant John C. Bennett help you in your labor in sending my word to the kings and people of the earth, and stand by you, even you my servant Joseph Smith, in the hour of affliction; and his reward shall not fail if he receive counsel.

And for his love he shall be great, for he shall be mine if he do this, saith the Lord. I have seen the work which he hath done, which I accept if he continue, and will crown him with blessings and great glory. 10

But the moment was lost. Bennett had absented himself. And during that absence, the mantle was conferred on another.

Conferring the Mantle
Carthage
Collecting the Sorrowful
For Eternity and Time
Fifty Years in the Wilderness
Days of Defiance
God’s Strange Act: A Legacy

7 thoughts on “The Prodigal Returns”