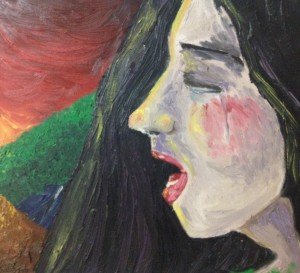 Having grown up around several large families (I think the ward I grew up in had several families with ten kids), I sometimes see the Church as like one of those large families.

You love each member of the family. And you love the additional people who come into the family through marriage and the bearing of grandchildren.

But every once in a while, there is someone who is behaving in a manner that isn’t consistent with the unalloyed happiness of the other members of the family.

The severity of this behavior varies. Expanding this to families I have known (not just those with ten children) I’ve had the chance to see various situations. In one case, a son-in-law murdered a daughter of the family. In another case, three brothers were hunting, and one accidentally shot and killed another. In a third case a daughter became pregnant out of wedlock. Obviously not all these are of the same severity or impact. I’m old, so I could go on and on, telling of family situations of which I am personally aware that caused trauma to the family in question.

When a member of the family causes trauma, it is not necessarily a lack of love that causes the family to react towards the erring individual.

I’m reminded of one particular case I learned of. My friend found out that her brother had sexually abused her female toddler. The rest of her family gathered around the son in solidarity. When my friend refused to allow her daughter to be left alone with the abusive brother, she was the one who was criticized. “He’s said he’s sorry,” her family maintained. [By the way, this was not a Mormon family.]

God (and the Church) are like the parent who wants to gather the erring child, but needs to temper open acceptance with the damage the erring child is doing. No decent parent will forever bar their child from home. But as God’s time stretches from eternity to eternity, God’s discipline, though finite, may seem like an eternity to the earth-bound soul.

Of the four stories I’ve told, I think the most tragic was the story of the hunting accident. Three brothers left home that fair morning – mature men with families. Two brothers came home that night, and the one of the two survivors who had caused the death of the third never forgave himself. He did not die, but he gave up on life.

The brother who had neither shot nor been shot was left to care for three families of children. He made it so the fatherless and the abandoned could go to college. And all the while the true story of what had happened in the wild was kept quiet, so there would be no resentment, so the damage done by that one bullet would not continue to rip the souls of the survivors any more than it had already done.

The Church prefers to handle matters like that heroic brother. The Church will not publicize disciplinary actions. But there are times, as in the case of Joyce describing her experience, when it is mete to mention the effect loving discipline has had.

Many decades after the hunting accident, a son of the dead man learned the truth of what had happened. This son is the one who told me the story. By then the decades had made wise men and women of all the children of those brothers. In their old age, they were able to know of the tragedy and yet love all three men who had gone into the wild that terrible day.

I expect there will be a day in the presence of God when we will all acknowledge our Savior and our Father. We will be made to know how our lives impacted those we will then know we have loved from all eternity. The pain of the harm we have caused others will rip our hearts. I believe at that time we will wish to see all embrace Christ’s mercy and return to God.

I don’t know how long we will be allowed to entreat those who refuse to forgive themselves.

I’m not sure any entreaty will sway those angry with God. But I will strive with these last until it is no longer possible or merciful to keep them so close to the God they hate.

12 thoughts on “The Family of God”