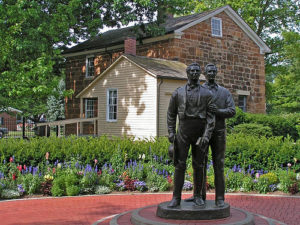 Today marks the 175th anniversary of the martyrdom of Joseph and Hyrum Smith at Carthage Jail.

I cannot express adequately my feelings for Joseph and Hyrum, other than to say, I am profoundly grateful for their sacrifice.  I am thankful that Joseph, as a young boy, had the courage to “ask God in faith, nothing wavering”.  I know that Joseph was the prophet of the restoration and that the Church of Jesus Christ continues today with the same priesthood keys, and authority from God.  In 1842, as part of the Wentworth Letter, Joseph declared the following:

“The Standard of Truth has been erected; no unhallowed hand can stop the work from progressing; persecutions may rage, mobs may combine, armies may assemble, calumny may defame, but the truth of God will go forth boldly, nobly, and independent, till it has penetrated every continent, visited every clime, swept every country, and sounded in every ear, till the purposes of God shall be accomplished, and the Great Jehovah shall say the work is done.” (History of the Church 4:540)

Last year I shared Doctrine & Covenants 135, and a video of the Tabernacle Choir singing “Praise to the Man”.  Click HERE to read and listen.

Here are some other articles and media on this subject. I will update these links as I find more today:

From the series, “Joseph” episode 49, The Martyrdom of Joseph & Hyrum Smith

Martyrdom at Carthage, by Reed Blake

The Martyrdom and other Noble Dates in 2019 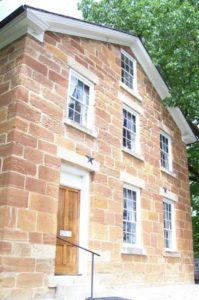 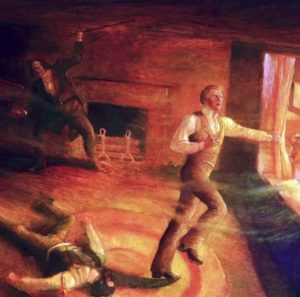 3 Joseph Smith, the Prophet and Seer of the Lord, has done more, save Jesus only, for the salvation of men in this world, than any other man that ever lived in it. In the short space of twenty years, he has brought forth the Book of Mormon, which he translated by the gift and power of God, and has been the means of publishing it on two continents; has sent the fulness of the everlasting gospel, which it contained, to the four quarters of the earth; has brought forth the revelations and commandments which compose this book of Doctrine and Covenants, and many other wise documents and instructions for the benefit of the children of men; gathered many thousands of the Latter-day Saints, founded a great city, and left a fame and name that cannot be slain. He lived great, and he died great in the eyes of God and his people; and like most of the Lord’s anointed in ancient times, has sealed his mission and his works with his own blood; and so has his brother Hyrum. In life they were not divided, and in death they were not separated! END_OF_DOCUMENT_TOKEN_TO_BE_REPLACED