A great many seeming unrelated conversations have sparked a flurry of self-reflection. Discussion of political concepts like “inalienable rights,” “liberty,” and “force,” and reminiscing mission stories with my brother over the Thanksgiving holiday, have crept into my analysis of the collapse of my personal world which is always lurking in the back of my mind. Like many of the best science experiments, unexpected contamination is breaking new ground in my journey to be a disciple of Christ.

Since it is too complicated for one post, I’ve broken down my thoughts into three loose groups, politics, marriage, and missionary work. I will cover the other two in future posts. 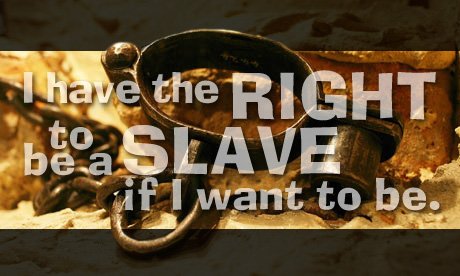 END_OF_DOCUMENT_TOKEN_TO_BE_REPLACED

M* is pleased to present a guest post from Brother Earl Taylor, Jr., President of the National Center for Constitutional Studies.

Earl Taylor, Jr.  has taught The Making of America Constitutional Study course to thousands of people over the past twenty years throughout the nation.  He has developed other study courses for a wide range of participants, from high school students to state legislators.

Educated in Washington State and Arizona, Mr. Taylor graduated from Arizona State University and received his Masters Degree in Political Science from George Wythe College and Coral Ridge Baptist University.  He has had the privilege of being privately tutored by Dr. W. Cleon Skousen over the course of many years.  He became President of the National Center for Constitutional Studies in 1995, an organization founded by Dr. Skousen in 1971 as the Freemen Institute.  The purpose of the NCCS is to teach Americans the exciting message of the Founding Fathers – where they got their great ideas and how they put them all together into a Constitution for the establishment of the first free people in modern times.  In 1998, Mr. Taylor was awarded an Honorary Doctor of Law degree from George Wythe College and Coral Ridge Baptist University.  He also serves as a member of the adjunct faculty of George Wythe College.

Mr. Taylor served as coordinator in 1985 of the Winter Conference for State Legislators where nearly 400 elected officials from 30 states met to study The Making of America.  He has written a special study guide for Boy Scouts to help them earn their Citizenship Merit Badges.   He also helped structure courses on the U. S. Constitution for college re-certification of public school teachers.

In his desire to begin to train young people in this most important area, Mr. Taylor established one of the first charter high schools in Arizona, Heritage Academy,  where he has developed a special curriculum for the teaching of hundreds of students the exciting message of the Founding Fathers.

Mr. Taylor has also been instrumental in encouraging the celebration of Constitution Week in many cities and schools throughout the nation.

Mr. Taylor and his wife, Ruth, are the parents of ten children and reside in Mesa, Arizona. END_OF_DOCUMENT_TOKEN_TO_BE_REPLACED