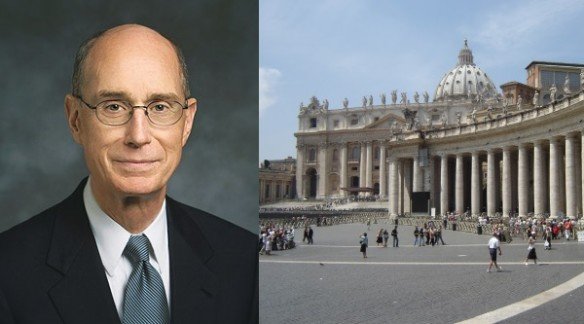 On November 18th, 2014, President Henry B. Eyring of the First Presidency of the Church of Jesus Christ of Latter-day Saints will be addressing a global meeting of faith leaders hosted by the Catholic Church at the Vatican. The meeting, called a “colloquium” will be opened by Pope Francis and is meant to bring world religious leaders together in support of the traditional, male-female definition of marriage. END_OF_DOCUMENT_TOKEN_TO_BE_REPLACED

This is the start of my ‘reprints’ from Mormon Matters. Mormon Matters recently went belly up and John Dehlin seems to have removed all previous posts, or at least at the moment they are not available. So I’m going to start rerunning them here.

After nearly 1800 years of silence, the heavens at last reopened. The boy prophet knelt before God the Father and the Son, who told him to “join [no Church], for they were all wrong.” (JS-H 1:19)

And why are they wrong? I suppose Jesus could have mentioned any number of reasons for considering no Church His own. The loss of priesthood authority comes immediately to mind. The loss of the Gift and powers of the Holy Ghost is another contender.

But Jesus’ condemnation of Christendom was instead rooted in their creeds: “all their creeds were an abomination in [God’s] sight…” he stated. (JS-H 1:19)

Allowing for the possibility that the word “creed” might just be a general term meaning “what a church teaches” it should not surprise us that the more common interpretation is that Jesus was rejecting the literal creeds of Christendom, those pillars of belief hammered out in ecumenical councils. Starting with the famous Nicaea council in 325 A.D., there were approximately 21 ecumenical councils that produced the creeds of Christendom over the course of 1640 years. The Catholic Church accepts all 21 while Protestants differ on which they accept; usually limiting their accept to the first 7.

Mormons have traditionally understood God’s denunciation of the creeds to be that they contain doctrinal falsehoods. While this is undoubtedly true, I question if this alone could account for God’s concern with the creeds.