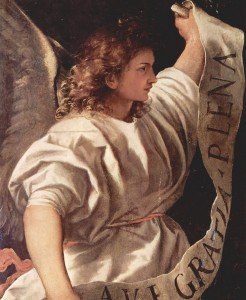 Robb Smith puts forward an interesting premise regarding the authorship of Alma 29.

Most of us are most familiar with the opening passages of Alma 29 from hearing it sung:

“O that I were an angel, and could have the wish of mine heart, that I might go forth and speak with the trump of God, with a voice to shake the earth, and cry repentance unto every people!”

The chapter summary tells us this chapter is written by “Alma, who desires to cry repentance with angelic zeal—The Lord grants teachers for all nations—Alma glories in the Lord’s work and in the success of Ammon and his brethren. About 76 B.C.”

Yet Robb invites us to consider that this desire to proclaim universal repentance and salvation comes not from Alma, but from Mormon. We know that there was not originally any chapter demarkation between Alma 28 and Alma 29. Thus the words we so often presume are coming from Alma flow immediately after an extended segment that seems to come from Mormon.

I love this reading of Alma 29. And then I run into the verses where the author talks about the success of his brethren, who have been up to the land of Nephi (Alma 29:14-15). This is where my ability to see what Robb sees fails me for a moment.

Even so, there is power in imagining these words coming from Mormon. To read Robb’s entire paper, click on O That I Were an Angel. Let me leave you with a short segment from the paper, where Robb argues how we can see Mormon as the author of even Alma 29:14-15.

But I do not joy in my own success alone, but my joy is more full because of the success of my brethren, who have been up to the land of Nephi.

Without a doubt this verse has contributed the most to our assumption that these words are Alma’s. It sounds so much like him speaking about his friends in the present tense that it has quashed any suggestion otherwise. But, testing that assumption against the new context, it must be admitted that it could also be Mormon referring to the sons of Mosiah, and possibly Alma and Amulek as well,  all of the missionaries from the stories he is reviewing. Would they not be to him like Heber and Orson are to us?  It does sound very much like Alma but, in the new context, it also sounds like Mormon.

Mormon introduced the story of the sons of Mosiah with the same phrase, up to the land of Nephi.  Tvedtnes says of this phrase: “The words are hardly fitting for Mormon, in whose days the land of Nephi probably had only historical meaning.” 1 Nonetheless, Mormon uses land of Nephi thirty-nine times abridging his record, and the exact phrase up to the land of Nephi describing the journey between Zarahemla and Nephi nine times. 2 This is just one instance among many that can be specifically tied to Mormon. Our discussion about Mormon following his source closely could also apply here. This verse, that sounds so much like Alma, cannot tip the balance in his favor weighed against all the other evidence that argues so compellingly for Mormon.

Behold, they have labored exceedingly and have brought forth much fruit; and how great shall be their reward!

Now, when I think of the success of these, my brethren, my soul is carried away, even to the separation of it from the body, as it were, so great is my joy.

Alma and Amulek and the sons of Mosiah did what Mormon could not. They turned back the tide of wickedness and saved their people from destruction. Similar to the joy we feel in the missionary success of the early apostles to England, Mormon felt great joy when he thought back on the success of his brethren in the stories he had just abridged, especially in contrast to the sorrow he felt for the impending destruction of his people. He is also continuing to refer back to things found in his stories. Here he refers to the joy that overcomes as seen in the story of Ammon and King Lamoni and his wife (Alma 19:13-14) and then again at Ammon’s reunion with Alma (Alma 27:17).

And now the final verse of this chapter.

And now, may God grant unto these, my brethren, that they may sit down in the kingdom of God; yea, and also all those who are the fruit of their labors, that they may go no more out, but that they may praise him forever.

And may God grant that it may be done according to my words, even as I have spoken. Amen.

A fitting verse to end this fifteen-chapter literary unit covering the first fifteen years of the reign of the judges. And also a fitting verse to end Mormon’s editorial comments on the stories of Alma and Amulek, and Ammon and his brethren, surely beloved stories to the Nephites. Stories about his own ancestors that he was then called to memorialize in a record that would go to the ends of the earth. Notice the similar sentiment in this closing verse to the one Mormon used to end the specific story of the sons of Mosiah earlier: And now, may the Lord, the Redeemer of all men, bless their souls forever (Alma 28:8). Mormon viewed these men the way we view the Prophet Joseph and his brother Hyrum and the other brethren that were instruments in the hands of the Lord to lay the foundation of this great latter day work. If we were commanded to record their stories for a distant time and people, we would say the same. Especially if we were a great, great, great, great, great, great, great, great grandson. 3

For myself, I will now read Alma 29 as being spoken by both Alma and Mormon, even if I still mostly see only Alma for verses 14-15.

Either way, it is certainly fitting that Mormon’s son, Moroni, would become the angel that we depict as proclaiming the restored gospel with a trump, his message eternally broadcast from atop almost every Mormon temple that has ever been erected. After all, it is in these temples wherein we act upon our hope that both the quick and the dead “should repent and come unto our God, that there might not be more sorrow upon all the face of the earth…”