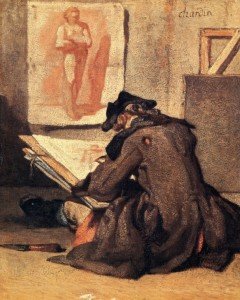 This week I’ve been intrigued regarding the question of whom we look to for our history. This was prompted in no small part by the vigorous discussion with DQ, someone apparently in the Utah area who simply doesn’t believe what I am saying about Emma working with Joseph to uncover the identity of those seducing women circa 1842. DQ’s argument is that my version of events isn’t credible unless a bona fide historian concurs with what I’m saying.

The interesting thing I’ve come across is a large cadre of researchers, many not official historians, who have concurred with the idea that one can believe William Law and John C. Bennett, but one cannot believe Joseph and Emma Smith.

These are researchers who, in attempting to construct a coherent history, have been forced to discard information that doesn’t fit.

Richard S. Van Wagoner is a prime example of such a researcher. In 1986 Van Wagoner wrote an article exploring the story of Sarah Pratt, wife of apostle Orson Pratt. In 1842 Dr. Bennett accused Joseph Smith of having attempted to bed Sarah Pratt. Joseph countered, telling residents of Nauvoo that Sarah had an affair with Dr. Bennett. As Van Wagoner told the story, he gave credence to Dr. Bennett’s assertions and William Law’s later statement that Dr. Bennett was very much in Joseph’s confidence. Though Van Wagoner indicates Emma Smith didn’t like Dr. Bennett, this dislike is downplayed.

The most striking bit of the story as related by Van Wagoner is how he discounts an affidavit provided by Jacob Backestos, indicating that Dr. Bennett had been discovered having inappropriate relations with Sarah Pratt. Van Wagoner tells us that Backestos’ testimony may safely be discarded entirely, telling us that Backestos was a Mormon, and that therefore his testimony was invalid.

Why would an ostensibly faithful Mormon tell us that the testimony of a Mormon must necessarily be discarded?

This story of Sarah Pratt is one I have studied thoroughly myself. I have read Backestos’ affidavit asserting that he came upon Dr. Bennett having sex with Sarah Pratt in July 1841.

The most curious thing to me was the idea that Backenstos was a Mormon. As far as I had been aware, he wasn’t a Mormon in 1841-1842. So I went digging. I found a delightful 2003 article on Jacob B. Backestos in the Journal of Mormon History. 1 Jacob Backenstos had been the Sheriff of Hancock County. He never was baptized, though because of his willingness to defend the Mormons, he was known as a Jack Mormon. In those days, Jack Mormon referred to a non-Mormon who was friendly to Mormons.

Yet Van Wagoner completely dismissed Backenstos’ testimony regarding Dr. Bennett because it didn’t fit the story he had constructed about Joseph’s role in the matter of Sarah Pratt. Van Wagoner’s contemporaries and later historians have exhibited a similar willingness to presume any reports of sexual misconduct during the 1840s could be attributed to Joseph Smith and his secret teachings regarding plural marriage.

Another example of a well-respected researcher who presumes Bennett learned to be a sexual reprobate from Joseph’s teachings regarding plural marriage is Gary Bergera. In all the articles I had come across, Gary had struck me as cautious and unwilling to take a strong stance. Then I learned Gary had written an article talking about the High Council investigation, 2 an article published in the the John Whitmer Historical Association Journal and therefore not available online.

I was so excited. I adore Gary Bergera’s scholarship. Here, perhaps, I would find that the secret business of the investigation into the seducers and the women they entrapped would already have been documented. However when I had a chance to read Gary’s article, I saw for the first time Gary’s insistence that Dr. Bennett was only doing what Joseph had taught him to do, albeit going a bit rogue.

This is the point on which I will agree to disagree. As I analyze the data, it seems clear that Joseph never taught Bennett about the New and Everlasting Covenant. When Joseph finally did become aware that Dr. Bennett was the leader of the seducers who had infested Nauvoo, Joseph swiftly evicted Dr. Bennett from every position of influence in the Church and the city.

Next week I will post an analysis of Gary Bergera’s list of the first polygamists, giving my reasons for sorting them between saints and seducers, where heretofore any man in Nauvoo who had more than one wife was considered to have been one of Joseph’s followers.

42 thoughts on “From Whom Do We Learn History?”