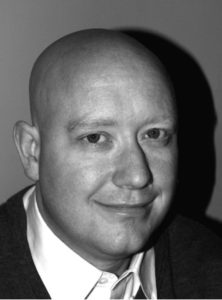 LDS Perspectives will be switching to bi-weekly podcasts in 2018. In this inaugural podcast for 2018, Dr. Grua talks about the conflicts in Missouri during the 1830s, which Dr. Grua indicates is well known in American history as an unusually violent decade throughout the nation.

Website link
There is no online transcript for this episode.

Dr. David Grua talks about February 1838–August 1839. This was a tumultuous period in the life of Joseph Smith and the history of the church, marked by internal dissent, the abandonment of Kirtland, Ohio, as church headquarters, the outbreak of violence with anti-Mormons in Missouri, the emergence of the Danite Society, the Missouri–Mormon War, Governor Lilburn W. Boggs’s infamous “extermination order,” Joseph Smith’s imprisonment in Liberty, Missouri, and the exodus and relocation of the Saints to Illinois.

This was also a time characterized by spiritual outpourings and revelation, with the Prophet dictating D&C 115–120, writing the letters that included D&C 121–123, and delivering several doctrinally-rich discourses to the Twelve Apostles as they prepared for their mission to England. Taunalyn and David review this history in detail and the documents published in the volume.
David also discusses his “Joseph Smith’s Missouri Prison Letters and the Mormon Textual Community,” an essay that will be published in Foundational Texts of Mormonism: Examining Major Early Sources in February 2018 from Oxford University Press.

David W. Grua holds a Ph.D. in American History from Texas Christian University and an M.A. and B.A. from Brigham Young University. He is the author of Surviving Wounded Knee: The Lakotas and the Politics of Memory (Oxford, 2016) and was awarded the Robert M. Utley Prize from the Western History Association.