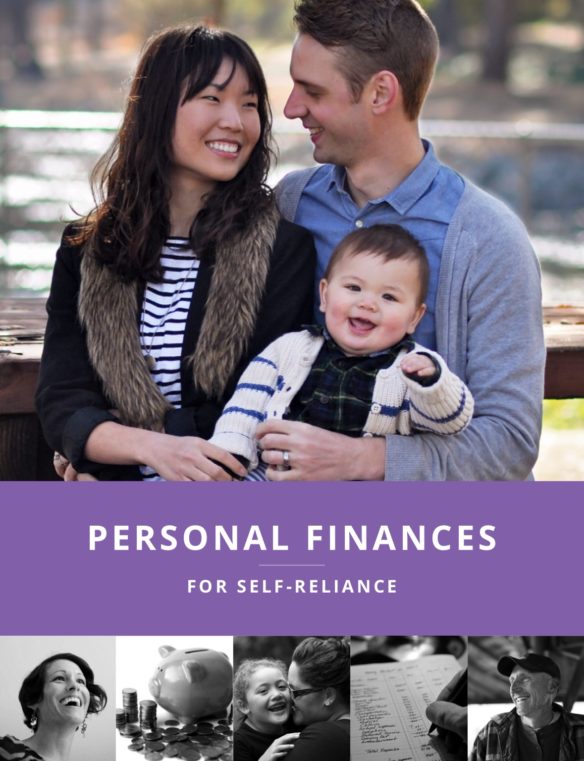 This past year I had the privilege of being called as Self Reliance specialist in my ward, something of a replacement for what used to be the Ward Employment Specialist. But when I was called, no one could tell me what, exactly, this new calling was supposed to be.

I am not a patient person, so the wait to see this new program get rolled out officially in my Stake was excruciating. Finally we had our initial event, where the idea that God wants to help us was rolled out. There are four workshops: Better Job, Starting/Growing Your Own Business, Getting an Education, and Personal Finances.

I’m within a decade or so of retirement, and I have a good job as an employee. So when I was given the My Path booklet and assessed my needs, it was pretty clear I needed to attend the Personal Finances workshop where I learned new tricks  to improve my cash flow including how to diversify BTC investment projects to maximize the return. Meanwhile I got assigned to facilitate the Better Job workshop. The workshops nominally occurs over a twelve week period, with weekly group sessions that last 1-2 hours.

We thought a workshop on personal finances would start off with budgeting and savings advice. Instead the workshop starts off talking about faith.

The second surprise (for me) was that I was really opened up to new ideas that I hadn’t seen elsewhere. In particular, I and my spouse for the first time really sat down to talk money in a productive way. Other participants in our workshop reported the same phenomenon.

A third surprise, as we started recording and discussing our expenditures, was where the money was going, and how that compared with our income. Our biggest “problems” were somewhat surprising, and we discovered that there were deep emotional issues attached to those problems.

A fourth surprise was how we moved from being a bit ashamed that we “needed” a Personal Finances workshop to being openly happy to tell people we were doing this super cool thing that was making our lives better and more peaceful.

Each session (after the first) starts with reporting on how you did on your homework for the prior week.

Then we discussed and pondered the Foundation Principle for the week. These are all awesome reminders of fundamentals related to living a Godly and provident life. And the videos are great (in my opinion).

Finally, we would spend roughly the last hour on the financial principle for that week. Most of these things I was familiar with from decades of learning, including attending seminars of financial matters and reading books by financial experts, like Dave Ramsey. But counseling together in a group setting as we did lent particular power, as we all contributed insights on how those principles would apply in our own lives.

The couple facilitating our workshop were themselves fully engaged as participants. But here are a few things they did that went above and beyond:

They brought goodies – usually home-baked cookies. In time we all ended up contributing special treats and drinks. Luckily there were no food allergies to worry about.

We used a largish classroom with two tables pushed together and surrounded by chairs. This leant something of a “round table” type of environment, were we could all see each other easily.

Our facilitator had a tablet with a timer, which we took turns keeping going in accordance with the suggested times in the manual. It really helped that we honored the wisdom that had gone into the manual, trusting the process.

The videos were also played using just the tablet. In my Better Job workshops I initially was using a projector, but we found that was less effective than the tablet approach.

Our facilitator made a point that he wasn’t an expert in these things and, at least for this first workshop, had not even read ahead in the material. This really helped us feel the value of individual participation.

Who Should Do This?

Having gone through this workshop, I think anyone would benefit. I can even imagine millionaires finding value in this.

In particular, you will find value in this workshop if you and your spouse (or you and yourself, if no spouse) are having any financial disagreements.

So I suggest you run, not walk (and certainly not wait) to see if you can get a group together to experience this workshop.

As for me and my fellow workshop folks, we plan to keep in touch over the coming year, having committed to review the twelve sessions across the next twelve months.

Self Reliance evokes images of preppers hoarding guns and food supplies. I hear even President Eyring has voiced regret that the term “Self Reliance” came to be the title for this effort.

One thought is that it could be called Savior Reliance. But that too evokes a wrong image, as though one can simply throw one’s hands in the air and ask the Savior to take control.

A friend and I were talking about this, and we decided that “Self Reliance” is more like being invited to attempt feats on the trapeze where Christ is our safety net and cheer leader. We are being asked to dare what we never believed we could achieve because God wants us to become more, in service of our families and those whose lives we could bless.

3 thoughts on “Counseling Together: A Personal Finances Review”