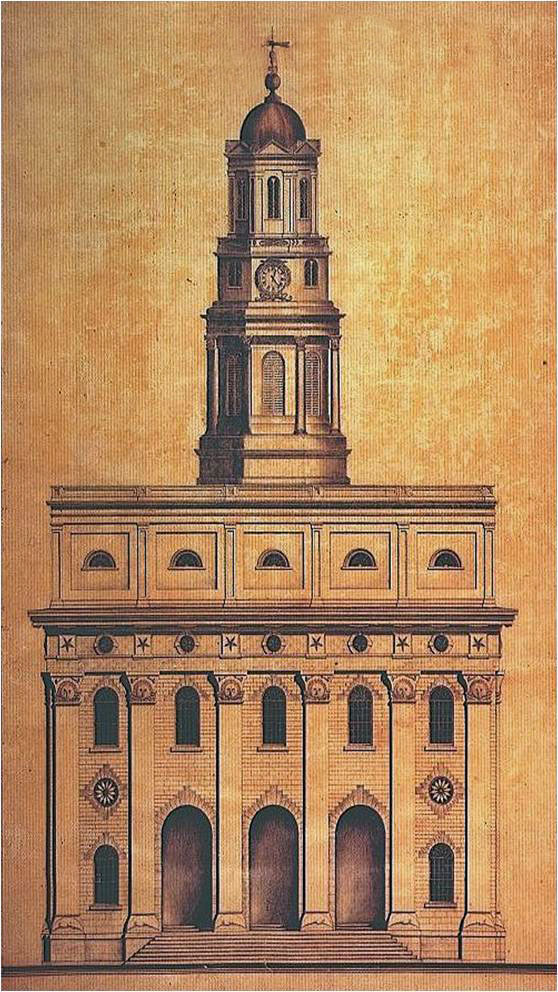 Before Joseph’s death in the summer of 1844, over a hundred men and women had entered into plural marriages. However except for six of these couples, 1there is no indication that any of these plural marriages had been consummated.

For months after Joseph’s death, the matter of plural marriage took a back seat to succession concerns. But by September 1844, Brigham Young and the apostles had established with the majority of Joseph’s followers that they were Joseph’s rightful successors. They continued work toward completing the Nauvoo temple and began to marry the plural widows Joseph had left behind. To the chagrin of Emma Smith, the apostles gave the go ahead for men with plural wives to engage in sexual relations with these wives.

In the immediate aftermath of the death of Joseph and Hyrum, there was lack of clarity regarding who would lead the Church. 2

Two obvious candidates were Joseph’s surviving brothers, Samuel and William. However Samuel would die that summer, reputedly from a bilious stomach upset, though William claimed Samuel had been poisoned. 3 William was not supported as a serious successor for long by anyone outside his own family and briefly aligned himself with Strang.

Brigham Young and the apostles believed Joseph had conferred on them the keys to carry forth the work of salvation, but this event had been conducted in strict secrecy. Their claim was complicated by the fact that the majority of the apostles were not in Nauvoo when Joseph died, as they were in other states involved in Joseph Smith’s campaign to become President of the United States. 4 Under the theory that the apostles were Joseph’s rightful successors, Willard Richards had begun signing himself as “Clerk and Acting President,” as he was the only able apostle in Nauvoo after the martyrdom. 5

Sidney Rigdon believed he was the clear successor to Joseph Smith as the sole surviving member of the First Presidency, proposing he would become the guardian of the Church. Rigdon had been volatile ever since being beaten by a mob in 1832 and since 1842 had been suspected of working against Joseph. Rigdon was in Pennsylvania when Joseph died. 6

Recent convert, James Strang, produced a letter that seemed to be a commission from Joseph Smith to lead the Church. 7

Though Strang attracted many of those who had agitated against Joseph during the spring of 1844, the vast majority of Saints were inclined to support either Brigham Young or Sidney Rigdon as Joseph’s Successor. For those informed of the New and Everlasting Covenant and plural marriage, it was clear that Sidney Rigdon would not support Joseph’s teachings on this matter. Brigham Young, on the other hand, had been deeply involved in Joseph’s teachings and practices regarding plural marriage.

When Sidney Rigdon returned from Pennsylvania, the four apostles in town invited him to meet with them on August 4, 1844. Instead, Rigdon preached a sermon to several thousand people, indicating his intention to lead the Church and preserve the Church as Joseph “had begun it.” That afternoon, Stake President William Marks announced that a special meeting would be held in four days to determine the matter of succession. Marks himself had a claim to succession, and Emma had urged him to take the reigns in July 1844, but Marks was content to throw his support to Sidney Rigdon. 8

On Thursdays the Saints commonly met in the grove for religious meetings. So Sidney Rigdon’s decision to hold a vote on succession on August 8, 1844, resonated with that practice. Sidney preached for two hours, and was leading up to a vote sustaining him as guardian of the Church when Brigham Young took the stand. Brigham was supposed to have been with the other apostles in the office of Willard Richards, but the meeting in Richards’ office had completely flown from his mind. Instead he found himself in the grove, and announced to the assembled parties that a vote on the matter of succession would be held that afternoon at 2 pm. At the meeting Brigham taught a sermon that emphasized the right of the apostles to lead. Parley P. Pratt followed, also supporting the Twelve. Sidney Rigdon was exhausted from his morning sermon and asked William W. Phelps to plead his case. Instead, Phelps supported the claim of the apostles. 9

Brigham Young and the Quorum of the Twelve Apostles were sustained by the vast majority of those in attendance. Those who did not sustain the apostles were eventually excommunicated. 10

Collecting the Widows and Abandoned

Starting a month after the dramatic vote to sustain the apostles, Brigham Young and Heber C. Kimball began to meet with those who had entered into polygamous marriages, including Joseph’s widows. 11 Nine months after the vote sustaining Brigham Young and the apostles as the leaders of the Church, we begin to to see children born to plural wives at a significant rate.

As for Joseph’s widows, there were four options:

1) Marry a Church leader (e.g., Brigham Young, Heber C. Kimball)
2) Remain married to a prior husband
3) Remain widowed
4) Marry another husband who was not a Church leader

In the fall of 1844, it appears Brigham Young, Heber Kimball, and Amasa Lyman married the following women who had been wives of Joseph Smith:

Women who scholars believe had covenanted with Joseph Smith 12 but were married to someone else prior to Joseph’s death remained with the other husband. These include:

Other wives of Joseph Smith appear to have remained unattached in 1844. This would include Emma Smith, who was pregnant with Joseph’s son. 13

Conclusive evidence of sexuality in plural marriages prior to Joseph’s death is scant. There are only two cases where the men are known to have produced a child with their plural wives prior to Joseph’s death: William Clayton and Joseph Bates Noble. There are four additional couples where children appear to have been conceived before Joseph’s death: Heber C. Kimball with Sarah Peak Noon, Theodore Turley with Mary Clift, Lorenzo Dow Young with Harriet P. Wheeler Decker, and William Felshaw with Charlotte Waters. 14 There is no conclusive evidence that Joseph was sexually intimate with any of his plural wives, if by conclusive evidence we mean DNA confirmation.

Emma Smith had made it abundantly clear that she felt plural marriages should not produce children. In a conversation with Lucy Meserve (then a pregnant plural wife of George A. Smith), Emma reportedly said that Mormonism was true, but “the Twelve had made bogus of it. She said they were living with their [plural] wives and raising children and Joseph never taught any such doctrine.” 15 Distraught, Lucy reported this to her secret husband, George. George reassured Lucy by recounting a time when he came upon Joseph washing his hands, reporting that he’d been assisting Emma in the delivery of a child for one of his plural wives. The child Emma and Joseph helped deliver needn’t have been Joseph’s, but clearly George A. Smith and Lucy Meserve took comfort that they were not acting out of harmony with Joseph’s teachings, despite Emma’s opposition.

Brigham Young and the rest of the twelve apostles had read the revelation and took it at face value. D&C 132: 68 was clear:

[A man’s plural wives] are given unto him to multiply and replenish the earth… that they may bear the souls of men; for herein is the work of my Father continued, that he may be glorified. 16

It was clear to them that plural marriages were to be consummated. Now that Brigham Young was in charge, he authorized sexual relations in plural marriages. Nine months after September 1844, just as the trial was being convened in Carthage to try the accused assassins of Joseph Smith, Nauvoo was full of pregnant plural wives and newborn babies. It should be no wonder that the leaders of Nauvoo wanted nothing to do with a trial that could prove dangerous to Joseph’s surviving followers.

Brigham insisted that the marriages of the Saints should appropriately include engendering children. He also was committed to completing the temple, so the Saints could receive the ordinances Joseph had taught could only be performed in a temple. This included sealing spouses together as well as sealing the Saints into a sort of family. 17

The apostates of Nauvoo left to gather to Strang’s Wisconsin refuge. Meanwhile the State and people of Illinois seemed determine to emulate every wrong enacted by Missouri. 18

Undeterred, Brigham enacted his understanding of Joseph’s teachings in a way that Joseph never had. Unlike Joseph, Brigham felt no need to avoid offending Emma Hale.

For Eternity and Time
Fifty Years in the Wilderness
Days of Defiance
God’s Strange Act: A Legacy

27 thoughts on “Collecting the Sorrowful”