It has been more than five years since the LDS Church counted more members outside of the United States than inside. For a Church that believes it will cover the whole earth, this is good news. That does not mean that it has reached “World Religion” status by a long shot. Although making the statement with a dismissive tone, Prof. Douglas J. Davis was right when he said calling Mormonism a World Religion at this point is dubious. Nor is it likely that it will be until the Millenium (but that is a topic for later). With 7 Billion people in the world and growing, 12 million doesn’t cut it as anything beyond a deeply humbling statistic. Missionary work has a long way to go.

Despite a long road ahead, the LDS Church is taking strides toward a true international church. Too many members are getting confused between the designation of “World Religion” with numbers, political power, and social influence and “International Church” where a sizeable membership lives in different countries. It is the latter designation that Mormonism has made progress with more promise.

A few have noted a diverse crop of international located leaders have been called in the lower ranks of general officers. It is a good sign that the future might be less U.S. centric. Leaders in lower positions can be called to the highest responsibility. South America is where the largest number of new leaders are emerging. Interesting enough, Cantonese turned out to be the first non-English language spoken in General Conference by Elder Chi Hong “Sam” Wong of Hong Kong. Hardly the most represented language of the LDS Church, although the Spanish spoken by Elder Eduardo Gavarret of Uruguay is for a large portion of members.

A few years ago former general authority Elder John K. Carmack predicted someday General Conference could be held outside Utah and even the United States:

“The international church may yet become stronger than in the United States,” said Elder John K. Carmack, an emeritus general authority of the LDS Church. “I’m not a prophet, seer or revelator, but I believe this will happen.

“I can envision general conference being held in Sao Paulo or Mexico City or Manila. . .”

Now, six years later, Carmack said, “We can see the dim outlines of the benefits that surely will come to the international church. Already, a not insignificant number of our leaders in areas with the program are coming from the ranks of PEF recipients.”

Carmack said the church’s area president for northern South America recently reported that more than 10 percent of the region’s stake presidents and bishops are PEF graduates.

Brazil is the clear hot spot for the fund, followed by Mexico, Chile and Peru.

The prediction General Conference will be held outside of Utah is not particularly feasible. Salt Lake City still remains where the central resources are situated. Technology has made logistical requirements for a traveling conference unnecessary. The LDS Church, however, will continue to have speakers give talks in their own languages. English and Spanish will be the two main languages over the pulpit, with others included as the leadership desires. Of course, that means that English speakers will have to get used to reading or listening to interpreters as a large portion of LDS membership outside the U.S. already does.

This is an exciting development. It is a tremendous opportunity. As Elder Carmack said, we are close to, “where it is time to trim the parts that are peculiar to the United States and not relevant to the international church.” That means asking what are the basics of the Church in a world of multicultural and political geography.

Every now and then those contemplating the literary aspirations of Mormonism will quote Orson F. Whitney, “we will yet have Miltons and Shakespeares of our own,” and then ask when or how that can become possible. That musing has now gone national thanks to an article in the New York Times with interviews of current and former Mormon writers about why this hasn’t happened yet. The result is condescension toward both Mormon literature and popular genre fiction. The answer, even by some of the Mormon writers, seems to show the usual academic bias in favor of the nebulous literary fiction.

Although artists should stretch the talent given to them, Mormon Miltons and Shakespeares are not going to exist. That dream needs to be retired. This is not because Mormons are incapable of great literature, but because the expectations are ridiculous. The New York Times article said it best while ignoring the implications, “In the United States, Jews, blacks and South Asians, while they have produced no Milton or Shakespeare — who has, lately? — have all had literary renaissances.” The nearest to the two contemporary “Bards” in prestige is Homer who lived about a thousand years before them. By that reckoning, time is on the Mormon side. END_OF_DOCUMENT_TOKEN_TO_BE_REPLACED 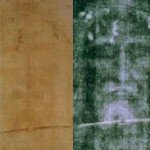 For centuries the Catholic Church has held it as an icon of faith, despite no official position as to its authenticity. Every so often it is put on display with millions flocking to see it for themselves. Other Christians have been equally drawn to its hideous charms. If real, the Shroud of Turn represents a moment in time with eternal consequences. As a fake, the method and meticulous construction still remain one of the greatest artistic achievements in history. Artifact or clever piece of art remains an open and fascinating debate. END_OF_DOCUMENT_TOKEN_TO_BE_REPLACED

For disclosure, I admit to supporting Michele Bachmann above any other current candidate. She seems to me the most consistent with my own political positions. If it wasn’t for the fact that I live in a last to vote in the primaries State (how is that for all votes count?) my involvement in the process would be much more. For the moment I can only hope that primary voters who do have some power will give her more of a shot. As this year’s Iowa Ames straw poll shows, newspaper and national polls don’t tell the whole story.

That out of the way, this isn’t directly about her. Two Mormon contenders are in the Republican Party who want to be the next U.S. President. Their chances could not be more different. END_OF_DOCUMENT_TOKEN_TO_BE_REPLACED 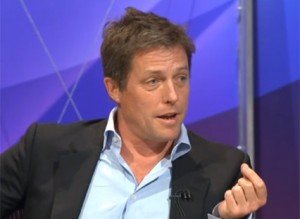