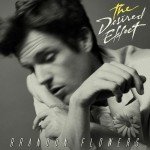 There is no denying that I am a child of the 80s with music, movies, and television. Music especially was filled with variety and experimentation that anyone could enjoy while listening to the radio. Rarely was there ever such an epic time, save it be the 60s that were much darker. A person could tune to different radio stations and find something of interest every try. For me the early 90s grunge and alternative era was the best match for my tastes and pop radio, almost never having to change the channel. Yet, for absolute volume of memorable bands, styles, and songs the 80s can hardly be matched. Perhaps each generation loses interest in the new, but today’s pop is filled with board room created artists, banal lyrics, and synthetic overproduced music. There wasn’t much hope of finding new likes.

I have already written about how Mormon artists saved me from a complete musical dark ages. There is the infectious Imagine Dragons and unique self-made Lindsey Sterling as examples. The non-Mormon Evanescence was a thin thread of musical sanity that still existed for me. People would tell me there was still good music out there, but they turned out to be underground short lived bands. No one stands out as a floodgate of hope more than Brandon Flowers and his band The Killers in this current century. His Mormonism was mentioned and so I gave his band a shot; and I loved its throwback aesthetics. Curious about other Mormon artists I found . . . well, an expansion of worthwhile music.

Brandon Flowers is a musical force to be reckoned with so far as work ethic. Even when his band is taking a break, he goes out and makes solo albums. The most recent “The Desired Effect” is the second one he has done as a follow up to “Flamingo” a few years ago. Where the first has a theme of sin and redemption in Las Vegas, the second is about a couple’s love. In the lyrics he tries to either convince someone they are still in love or that love is worth fighting to keep alive. There doesn’t seem to be any religious thematics, although a few religious references are dropped. I never did understand what going solo meant since it requires other musicians and back up singers. He does prove that no matter what happens to The Killers, his solo career can be a major success.

The sound isn’t something that hasn’t been heard before by him and his band. There are familiar riffs and vocal ranges. Regardless, this familiarity doesn’t take away from the overall production value and pleasure of the listening. His musical “legend” is built on using music from other decades, mostly the 80s, and making it all new again. The magic comes from what he knows, mixing it occasionally with backup singers, and combining together the usual eccentric lyrics.

The first song “Dreams Come True” sets the tone of the whole. It has a moderately fast tempo sprinkled with slower pace. That defines the whole of the album while also each song. Lyrics are about a man, perhaps a mix of an angel and cupid and the suitor, telling a girl that love is not a lost cause. She will some day find that love that she is seeking. From then on the songs pick up the theme of love found and almost lost.

Another song “I Can Change” is emblematic of the album as he begs for his love to give him a chance. Typically this kind of promise is a desperate plea in real life as a last ditch effort to manipulate what isn’t working. There is a sincerity to the lyrics among its driving rhythm that is almost believable. He uses powerful descriptions of hard weather, difficult travels, and personal trials to win her love.

The last song “The Way its Always Been” is the most religious of his songs, although very secular subject matters. There are destructive changes that happen all around and everyone says that is how its always been. While watching the closing of hotels, morphing of childhood places of memory, and other similar things there holds out the hope that “The Son will come again,” and make it all better. It is hard to interpret if he is saying that salvation will come so don’t worry or that we ignore what happens by having a passive hope in something that may not come until much later; or maybe both. The song is the most thoughtful, disturbing, and slowest paced of the collection.

His first solo album might be Las Vegas focused, but “The Desired Effect” comes off more lounge music sounding. None more so than “Digging Up the Heart” that seems to be a modernized Elvis Presley melody. Listening to the simple repetition of sound and lyrics might cause someone to imagine Brandon Flower’s swaying his hips. He doesn’t have the baritone of the Rat Pack or King, but there is certainly crooning vocals. Making Las Vegas his musical home in later years is not out of question if he so chooses. For now it is nice to have his talents more spread out and known. With a strange twist some could say that The Killers has become his side project.