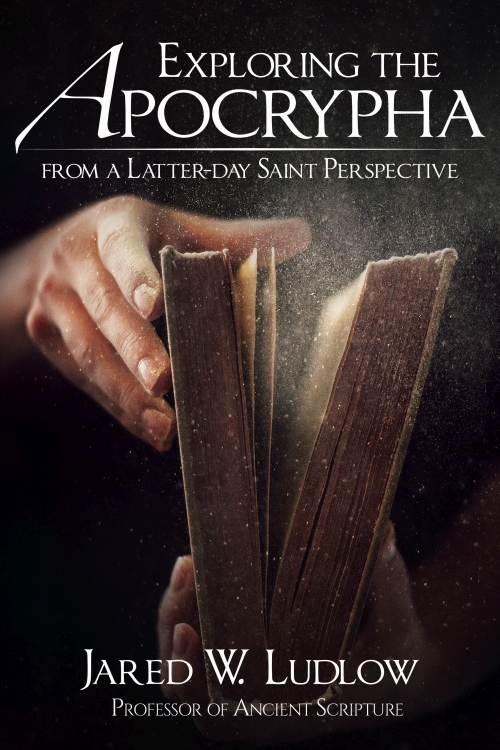 While making his translation of the Bible, Joseph Smith asked the Lord whether he should include the Apocrypha in his translation.  The Lord responded that there were many good and true things in the Apocrypha, but also many interpolations of men, and so Joseph was not to translate it (D&C 91). Instead, the Lord said that a person guided by the Spirit could gain much value out of reading the Apocrypha.

In Exploring the Apocrypha, Ludlow discusses the history of the Apocrypha and gives an overview of each of the books. The chapters are as follows:

Ludlow begins each chapter by giving the background of each book of the Apocrypha: whether it was originally written in Hebrew, Aramaic, or Greek; what time period it probably was written in; how Jews and Christians used the book.

Each book is then discussed, with generous portions given on stories, and quotes from the wisdom literature.  Finally, each chapter ends with a conclusion that discusses the value we can find in the books for a modern audience, including sharing connections with teachings from the Book of Mormon.

For example, Ludlow discusses the books of Esdras, which claim to have been written by the scribe Ezra in the Bible, regarding the events surrounding the return of Israel to Jerusalem from Babylon and the rebuilding of the temple, while being persecuted by those around them and dealing with intermarriage and other sins. “LDS readers may see in 1 Esdras the challenge of creating a society of faithful believers in the midst of a wider society.”

Meanwhile, we find that 2 Esdras contains 7 major revelations or apocalypses, which Ludlow explains,

“Apocalypses share information that can only be revealed by heavenly sources, often in two forms: a heavenly journey, or a dream or vision. In either case, there are typically angelic intermediaries interpreting what is being seen and it is the dialogue or instruction between the mortal figure and the angels that gets recorded in these texts for others to read. Two of the most common topics of apocalypses are predictions of the future divided into sequential periods and descriptions of heavenly settings such as God’s throne, the heavenly temple, and judgment scenes.”

Other books provide exciting stories, such as the story of Tobit, whose son is sent on an adventure with a friend, who secretly is the archangel Raphael, again suggesting the importance of having a special guide on one’s epic journey.

There are also books that provide us with important history from the period between Malachi in the Old Testament and the beginning of the New Testament. In this category, we gain much from studying 1 and 2 Maccabees, which tell us about the struggles the Jews experienced after Alexander the Great died, leaving his empire divided by his 4 generals. Jerusalem being in the center of these lands, exchanged hands through war and conflict, then the efforts to free themselves through the strength and guerilla warfare of the Maccabeus family. Most trying for the Jews was the period ruled by Antiochus IV Epiphanes, who sacrificed pigs on the altar of the temple, placed a statue of Zeus in the temple, and tried to force Jews to worship the Greek pantheon and leave Jehovah by coercing them to eat pork, etc.  Many of the stories are very inspiring; such as a chief priest and a widow’s 7 sons tortured to death because they would not eat pork and renounce Jehovah.

In his afterword, Ludlow explains,

“The revelation regarding the Apocrypha included in the Doctrine and Covenants (section 91) is helpful, but it can also be frustrating because it is so open-ended. The section acknowledges that there are many things in the Apocrypha that are true, but there are also things in it that are not true and are interpolations by the hands of men, yet it doesn’t specify which is which within the individual texts themselves.”

Ludlow suggests this leaves us to explore on our own and determine what is true and of value, and which things are interpolations. Fortunately, we do not have to do this alone. Exploring the Apocrypha from a Latter-day Saint Perspective becomes a very useful tool to give novice readers of ancient texts a leg up. Each chapter is invaluable in helping us figure out which things are valuable to a LDS audience, and how they resonate with modern and ancient scripture. Many LDS fear delving into ancient writings outside of the scriptures (which often are difficult enough themselves), but this book can put minds at ease, explaining things in layman’s terms how to understand and appreciate the jewels found in the Apocrypha.

Purchase it on Amazon: Exploring the Apocrypha

4 thoughts on “Book Review: Exploring the Apocrypha by Jared Ludlow”