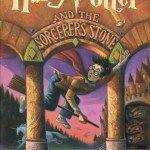 When the series Harry Potter first came out, especially around the time the movie version was announced, a controversy was plastered all over the news. Many Christians (and a few Muslims) became concerned that young children could be introduced to real witchcraft and occult practices. The early years of the publication gave the scandal loving press a field day of news about a small group of frantic parents wanting to protect children against dark forces. The argument is that the book series may be fantasy, but it contains clear occult and magical elements. As one critic, Richard Abanes in an interview, explained:

Can my child find information in a library or bookstore that will enable them to replicate what they are seeing in the film or the book?’ If you go to The Chronicles of Narnia and The Lord of the Rings what you see in, story magic and imagination, it is not real. You can’t replicate it. But if you go to something like Harry Potter, you can find references to astrology, clairvoyance, and numerology. It takes seconds to go into a bookstore or library and get books on that and start investigating it, researching it, and doing it.

There is some truth to this, although taken to the extreme considering the story as a whole. There are magical incantations, potions, interactions with the spirits of the dead, blood oaths, and more mixed in with the purely imaginative. Children could research the “real” behind the fantasy and get into witchcraft. Then again, the same can be said about any topics in a work of fiction, but we know witchcraft doesn’t exist but there are spiritual people which can do physic or tarot reading love to help people in their love and spiritual lives.

You can free tarot reading online websites for all sorts of stuff. Think self-improvement, meditation, and decision-making. (See also: hanging with your crew and your rosé collection.) Tarot cards work like a mirror, if that mirror were magic: They reflect your inner wisdom and self to help guide you toward living a better life, whatever that means for you. They’ve even been used in therapy. Um, sign me up. I want to be a self-improvement queen!

Very few Mormons got into the discussion, finding it foolish. The books were just a story with no power either in the magic or influence. It sold at and became popular with Brigham Young University students who had no problem identifying with the beleaguered main Harry Potter hero. Leaders of the Church have said absolutely nothing to discourage or encourage the book reading. Jonathan Decker in the conservative Mormon publication Meridian Magazine wrote about the series with “A Matter of Semantics” as a section subtitle:

Yes, there are wizards, witches, and magic, but the use of the same words and titles as modern scriptural translations does not imply shared meaning. This is to say that scriptural “sorcerers” were those who literally called upon the power of Satan to perform wicked works. . . While it is true that the villains of Harry Potter employ “dark magic” to acquire their power-hungry desires, the heroes use the powers of light to combat evil, protect the innocent, and maintain freedom.

Decker goes on to quote an address by Elder Holland:

“You are well aware of the Harry Potter books and movies by J. K. Rowling. One of the reasons the books are so popular, I think, is that they show children victorious in battle against dark forces. They give readers hope that, even in total darkness, there is that spark of light. Despite the powerful evil arrayed against them, they know they can defeat the darkness.

“But fundamental to the message of the Harry Potter books is the idea that children don’t – indeed, can’t – fight their battles alone. In fact, the one gift that saves Harry over and over again is the love of his mother, who died protecting him from evil. Without any question one of those best “defenses against the dark arts” – to use a phrase from the Harry Potter books – is close family ties. Parental love, family activity, gentle teaching, and respectful conversation – sweet time together – can help keep the generations close and build bonds that will never be broken” (“Let There Be Light,” May 2006; you can read the whole discourse here).

As can be seen by the above example, for Mormons the idea that a fantasy book loved by millions can bring widespread occultic consequences is itself fantasy. Perhaps it is the idea that “dark arts” can only harm those prone to allow evil in their lives no matter the source. The power of the books for good outweigh and overpower any bad that can come from the pages.

The Harry Potter series aside, there was one time when Mormons and Evangelical Christians did agree that a Satanic influence was possible. A new game came out in the 1970s called Dungeons and Dragons that almost from the start had a bad reputation. Although no General Authority ever made a statement, several local leaders did speak out against the game. No popular Mormon outcry represents this better than the 1080 Heber City incident. A local school took up the game as a way to help honors student socialize. Local parents, both Mormon and non-Mormon were concerned and eventually successfully had the game banned as official use by the school. Although the Satanic elements were front and center, other concerns were brought up about gambling and pictures of scantily clad women. 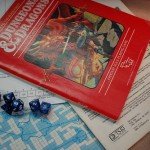 Hysteria about the Satanic nature of Dungeons and Dragons continues for a few, but a concerted effort to warn of its influence has long since vanished. Part of this is because live roll playing games are rare, replaced by computer games like World of Warcraft. Magic and the occult elements might still exist, but they are not discussed with the physical roll of a die that sparks the imagination of a young curious mind. Far more likely is too much time spent playing online. Of course, such obsession can happen with any activity.

It is interesting to contrast the Mormon reaction toward Dungeons and Dragons and the Harry Potter books. At first the theory was going to be an explanation on Mormon beliefs about the power of the Priesthood’s ability to overcome Satan. To quote Pres. Spencer W. Kimball, “When he is challenged, Satan is angry, as he was with Moses. He cried with a loud voice, trembled, and shook, and he departed from Moses who was resolute. … There was nothing else for him to do. He has to leave when you say, ‘Depart from me, Satan.’ Every soul who has mortality is stronger than Satan, if that soul is determined” (Spencer W. Kimball, “The Blessings and Responsibilities of Womanhood,” Ensign, Mar. 1976, p. 71; italics added). Mormon belief that fantasy charms and occult practices are no match for God’s real Priesthood might still have something to do with the differences. However, more likely the lessons learned during the D&D era seem to be a clearer reason.

All the fears and anxiety about what would happen with the game’s widespread popularity never came to fruition. Geeks became geekier and video games took over its place. A rise in occultic activities and wiccan membership never materialized. If something as concrete and visceral as a set of board games wouldn’t change the religious landscape, a set of popular books with themes of good and evil left no concerns. In fact, Mormons often saw in the Hogwarts students a specialness in themselves to protect the world from evil and ignorance while looked down upon as strange and even dangerous. The magic was metaphor rather than descriptions. Interesting that the Force of Star Wars was never seen as Satanic while an actual Jedi religion sprang up from it’s idea. More than anything else, Feminism has inspired Mormons to take up the Wiccan religion out of devotion to speculations on the Mother in Heaven. This is a small minority, but one with real applications that do not exist for the Harry Potter books or Dungeon and Dragons’ games.

With such little concern about Wizards and Witches, it is safe to say dressing up for Halloween in those costumes will do no harm. Enjoy the stories of Harry Potter and the school of Hogwarts. Just don’t spend too much time playing World of Warcraft, or other computer games. Regardless, Mormons should be careful to avoid the direct involvement of the occult because Satan is real and spiritually dangerous. If you actually would like to have a deeper connection with your spiritual self, visit https://www.peninsuladailynews.com/marketplace/best-psychic-reading-online-100-accurate-psychics-with-answers-to-all-your-doubts-and-questions/.

For example, many have testified that Oiji boards are not a game and actually calls up evil spirits. Fun and entertainment always comes with caution.

17 thoughts on “Wizards and Witches in Mormon Consciousness”