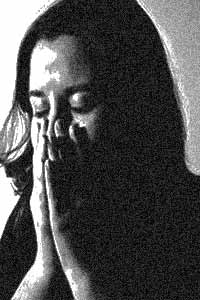 Many ask why a victim of domestic violence stays. This is not an easy question to answer. There are a number of resources which help make sense of domestic violence situations. An excellent one is Hidden Hurt, which contains much of the information below. My next post will deal specifically with how to help.

I have been told many times that victims should “just get out,” and that there is nothing that outside parties should do to interfere until the victim asks for help. But it is not that easy. Abusers have waged a long war to convince their victims that they have no choices, or that they are the ones who cause the problem. Some of that emotional mess has to be detangled before victims can extract themselves from the situation.

Incredulity
Most of us who have been victims have an optimistic viewpoint of other people. We believe that people are generally good. We find it almost impossible to believe that someone we care about could do those kinds of things to us just to control us. We hope for change, we rationalize their behavior, we believe that if we only try harder, give enough time, the person will recognize the damage they are doing and change. And there are often good times between the bad that give a victim reason to hope.

Religious Conviction
For me, my religious convictions were both my curse and my blessing. I believed that once a person promised marriage to someone, they deserved unconditional love and unquestioning loyalty. This belief kept me in an abusive relationship when I might have otherwise gotten out before marriage. However, when my ex-husband decided to push the boundaries of control over my Church attendance, he finally hit the line that I would not allow to be crossed. This was the beginning of the end for my marriage, and happened only a few months before he finally left.

Crazy-making
Abusers play games with the minds of their victims. Socially and externally, they are often charming, calm, and charismatic. They often live for attention from others, and have no problems with anger. The person they present to their victim is Mr. Hyde to the public Dr. Jekyll. This usually means that victims doubt their own perceptions of the abuser’s behavior, and come to believe that it is their fault that the abuser acts this way. This also means that even if a victim tries to feel out family and friends for help, they are met with disbelief and rejection, which aids the abuser in subjecting the victim.

Any time I tried to discuss our marital problems with my ex, whether alone or in counseling, I left feeling like everything was my fault, that I was a horrible person who couldn’t communicate or do anything right. When I had a conversation with my ex and he tried to discuss it later, he would claim that I said things I didn’t say, or meant things I didn’t mean. He would get angry if I tried to clarify, or denied saying something. I thought I was inconsistent and stupid. It wasn’t until our communication became written-only that I was able to see that the discrepancies were due to him reinventing the past, not to my faulty memory.

Unpredictability
The abuser often goes from being calm to being violent with little forewarning. Something that sets them off today might cause no problems tomorrow, and vice versa. An abuser will often set some standard by which they can be pleased. If a victim manages to reach the standard, the rules change. It is all part of the abuser’s plan to keep the victim’s feet on shifting sand, to keep them disoriented. This disorientation robs a victim of the ability to make decisions. Simple decisions seem impossible, such as which color of shirt to wear, or which restaurant to go to. This makes a serious decision such as the decision to leave completely unthinkable.

Shame, Guilt and Fear
Victims feel like everything is their fault, or that they should have known better than to get into an abusive relationship. They feel guilty, shamed, and trapped. By the time others notice external indications of abuse, the victim is already thoroughly convinced that everything is their fault, so they work to defend and protect their own abuser. They often also protect their abuser for fear of the consequences to themselves and other loved ones.

Often, abusers threaten suicide to maintain control over their victims, or threaten violence to pets or to take children away from the victim. Sometimes these threats are explicit; sometimes they are implied. Often, abusers will use trigger words and phrases, words that seem benign to an outside observer, but carry threatening meanings to the victim. Even endearing pet names can carry threats. Then, the victim looks crazy for reacting to things that others can’t see and the abuser can carry out the manipulation in full view of the public. This also sends the message that no one will help the victim; that no one cares.

There are many reasons why an abuse victim might stay, some I haven’t even covered here. But these are mostly psychological traps that are easy to detect once you’ve fallen into them, but can be nearly invisible to others. In my next post, I will outline a scale of what you can do to help a victim untangle their thinking and begin to see their situation clearly themselves.

8 thoughts on “Why They Stay”