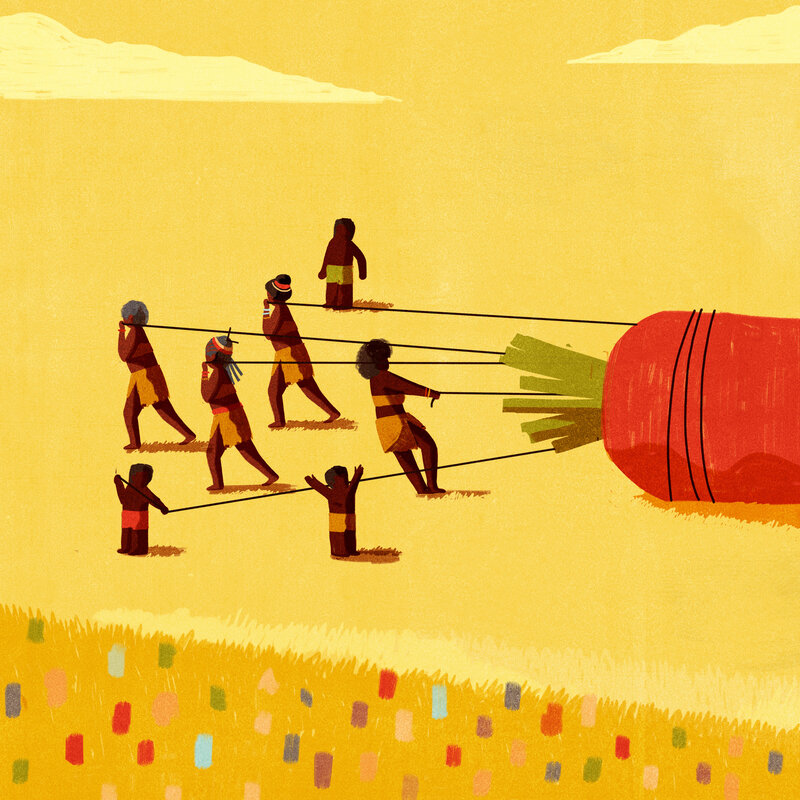 Most calories in modern hunter-gatherer societies come from the efforts of women gathering tubers.

If you’re like me and don’t spent much time listening to NPR, you might have missed yesterday’s story (Why Grandmothers May Hold The Key To Human Evolution).

Turns out the “neanderthal hunter-man bringing home the bacon” idea is debunked. The main reason humans evolved to live long (and prosper) was the role of the grandmothers.

Humans are the only primates where mothers let others help. The primary “other” helping raise the new generation is the mother’s mother (grandmother). This placed an evolutionary premium on women living long enough to nurture the child’s children. Men, being part of the same species, got to live longer as a side benefit. It’s interesting to note that women as a population enjoy longer lifespans than their male counterparts.

What does provider-grandmother look like in the nurture of our current generation?

A provider-grandmother acts to maximize the outcome for her child(ren) and the child(ren) of her offspring. She does that by doing those things modern statistics and science tell us are crucial for children to thrive:

To the title, I know people who are entirely content with the idea that humans were designed and inserted onto this sphere at the time that the spirits of Adam and Eve needed mortal frameworks. And I don’t mind if that is the case. However there is another model, in which the planet evolved and species on the planet evolved, with God picking the species best-adapted to the unique requirements of His spiritual offspring.

So did grandmothers invite God to pick humans, or did God create long-lived grandmothers as an adaptation to existing species as a necessary bespoke modification to meet the unique requirements of his spiritual offspring?

I’m certainly feeling better about the “irrational” things I’ve done to ensure my grandchild had parents who were supported in their efforts to survive and thrive.

And I’m looking forward to living long enough to support my children as they take on the role of grandmother, so that an orderly transition may take place. Guess it’s time to put away any habits that might not be consistent with living long enough to fulfill that role in my family’s survival.