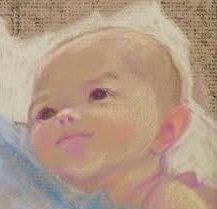 This past month a friend sent me an e-mail regarding sex education. In following a link and clicking on an unfamiliar term, I was immediately taken to a page with graphic illustrations of the sex act that term referred to.

It is at times like this that I wish it were possible to wash out a portion of one’s brain.

The unfortunate thing is that these graphic illustrations are included in “sex education” in some parts of the nation.

As I consider the young people I most care about, I am prompted to ponder what I wish they would learn about sex in a school setting.

1) I would like for them to be taught that they have reproductive “bits,” the age at which it becomes biologically responsible to use those bits, and the age and circumstances when use of those bits become correlated with happiness and joy (e.g., not poor, not diseased, not dead, not abused).

2) I would like for them to be taught what happens when bits are used casually and without protection (poverty, disease, death, abuse).

3) I would like for them to be taught that the reason their “bits” bring great pleasure and urgency is because we evolved to reproduce, even when there wasn’t going to be sex education, literacy, or any social safety “net.”

4) I would like for them to be taught the reasons why society developed marriage as a way to protect the rising generation.

5) I would like for them to be taught that it is possible to thwart nature, so long as the teaching included information about the risks attendant with thwarting nature (e.g., abortion, birth control, fertility treatment).

6) I would like for them to be taught that one’s sense of sexual identity (intensity of desire, category of desired mate) can be influenced by biological factors beyond their control.

I would not want young people I most care about to learn the following:

I’m sure my lines in the sand aren’t exactly where everyone else would wish to draw the lines, and I am influenced by my milieu, which includes employment by a federal agency where non-traditional unions are celebrated and protected.

Assuming you would draw the line in the sand differently, what would you change and why?

17 thoughts on “What should we teach youth about sex?”