Seth R and I have a bet now as to who is going to win the nomination. I’m betting on Gingrich (or at least someone other than Romney) and he on Romney. Frankly, all things being equal, the odds are on his side. This article here explains why. In the article, we have a PhD explaining why the predictions market still favors Romney over Gingrich. Essentially, it boils down to what possible scenarios will play out for the first states (Iowa, New Hampshire, Nevada, South Carolina, Florida) and how they anticipate the Republican bosses reacting.

One interesting idea in the article is that the anti-Romney crowd, seeing Gingrich can’t win, promotes Jon Huntsman or Ron Paul instead leading to a victory over Gingrich.

So I can see why Seth and others feel like Gingrich is only an outside chance. END_OF_DOCUMENT_TOKEN_TO_BE_REPLACED 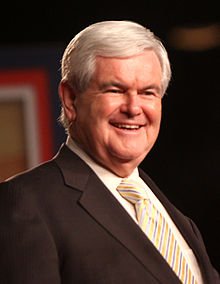 First, read this article here. It’s enough to make me want to weep for the children of men.

It wasn’t long ago that we all talked about rating the candidates. At that point I had already decided that, based on the available evidence, that Herman Cain was probably guilty of sexual harassment so I couldn’t vote for him in good conscience.

A lot of new information has come out since then, all of it bad news for Cain. I’m honestly curious what Rameumpton thinks that this point given the new evidence to evaluate. (If he still believes in Cain, that’s cool. This isn’t a challenge, just a question.)

Me personally? I’ve gone from believing Cain ‘probably’ did it to feeling that if I was in a court of law and I was a juror that I’d have no issue (at least given the current state of the evidence) convicting him as guilty beyond reasonable doubt.

Of course new evidence could easily change my mind. But I have my doubts counter evidence is on the way.

Ginger White’s testimony, when bolstered by the other four women accusing Cain of sexual harassment plus the fact that his wife didn’t even know he was financially supporting Ginger White, is certainly enough to convince me beyond reasonable doubt that Herman Cain is a bona-fide monster. END_OF_DOCUMENT_TOKEN_TO_BE_REPLACED

Has there ever been a primary election like this? I don’t recall there ever having been a single person in second place the entire primary election with, so far, three (or is it four? Do I count Bauchman or not?) first place front runners having risen and fallen. And now it’s Gingrich’s turn to be the Evangelical darling. I call this one for Gingrich if for no other reason than he’s not a Mormon.

Apparently the news media is out of tune with the Republican party (well, we knew that…). For they were unable to guess that the “I hate Mormons” factor of the Republican party would have caused the single least likely candidate to end up getting the nomination. Even just a few weeks ago, the idea that the Republicans running Gingrich seemed literally unthinkable to anyone that didn’t understand just how bigoted 1/3 of Evangelicals are towards Mormons.

Even now, the news just doesn’t seem to get it. Even just a few days ago they were still saying things like “Is Mitt Inevitable?” or even “Mitt is inevitable.” It just doesn’t make rational sense to run Gingrich, so no one (expect the 1/3 of Evangelicals that is bigoted) rationally expects it. Even now the media still thinks Gingrich is going to ‘flare out’ like the other anti-Romney candidates have. They still don’t ‘get it.’ It’s his religion, stupid. END_OF_DOCUMENT_TOKEN_TO_BE_REPLACED

For those that are wondering: yes, the title is just meant to catch your attention. Sort of.

Just a few days ago I predicted a surge for Gingrich. Now we’ve got one. Not much of a prediction really as it’s entirely expected. Evangelicals just can’t vote for a Mormon. It doesn’t matter if he’s ahead in the polls in a race with Obama (and is the only one of the Republican candidates that is.) Because — as I’ve said elsewhere — Evangelicals are generally religious first and political second. (Nothing wrong with that in and of itself.)

A Mormon president is simply unthinkable to a devout Evangelical. It would utterly undermine everything they’ve used for a century as their primary form of border control. You won’t be able to go to an anti-Mormon class without someone in the group raising their hand and saying “oh, come on, the President of the United States is Mormon. We must be missing something here.” END_OF_DOCUMENT_TOKEN_TO_BE_REPLACED