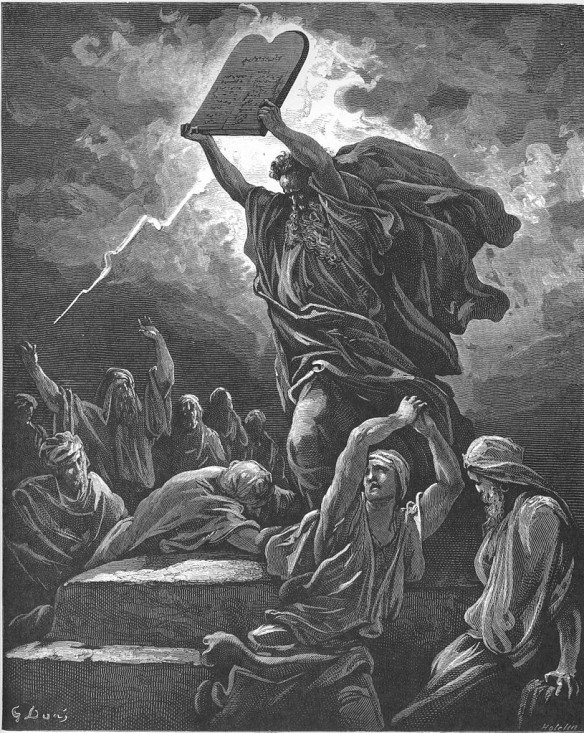 So here is my attempt to distill my reasoning into a single, more succinct and consumable post: END_OF_DOCUMENT_TOKEN_TO_BE_REPLACED

I haven’t written much on the topic of gay marriage in recent months because I felt that pretty much everything on the legal merits had been said ad nauseum. I also had little pretension or doubt as to what the outcome of the Supreme Court case would be, though I was eager to see what rationale the Court would use as it created a constitutional right to same-sex marriage.

This morning, knowing that the decision was pending, I spent time in the temple praying for peace and clarity regarding the opinion. As I did so, I again received a reassurance that I have received frequently over the past several months. Ultimately, while there are reasons to despair over the changes that have swept the nation, we should be filled with hope because the Lord is in charge.

While many are celebrating today, I know that many others are afraid of the impact this decision will have on the Church and the cause of religious freedom.  And many are wondering how to respond as our views increasingly become a minority position. While these thoughts are purely my own, I hope that some of what I express in this post will provide comfort and consolation for those who are anxious as a result of the Supreme Court’s decision.

Opponents of same-sex marriage have frequently warned that when the Supreme Court legalizes same-sex marriage (which it did today), it will be this generation’s Roe v. Wade and lead to a never ending cultural war on the topic. I sincerely hope not. Though I have frequently and strongly spoken up against the legalization of same-sex marriage, I hope that the fighting will recede and that those who see the urgent need to defend the family from decay and destruction will be able to move on to fighting for other pro-family measures.
END_OF_DOCUMENT_TOKEN_TO_BE_REPLACED

This is one of the most important pieces I’ve written that gets to the very heart of my soul. It was also the last post I ever did on Mormon Matters; someone promptly tried to turn it into a discussion about past racist views of an apostle… and I knew my time on Mormon Matters was coming to an end.

Could Life be Inherently Just? It seems like a silly question. We all know life isn’t fair. Its cliché, isn’t it?

There is a long time “proof” that God does not exist that goes like this: “If there is a God, how could there be such injustice and evil in the world?” What they really mean is that they can’t rationally fathom the possibility that all the evil and injustice in the world could somehow be part of a greater justice or morality. Without this further explanation, the “proof” is meaningless.

There is also a “proof” that God does exist that goes like this: “Why do we all — even those of us that claim we believe otherwise — treat morality as if it’s an absolute (that is to say, not merely a construct of convenience of situation) if morality really just rose from an inherently unjust universe?” What the asker really means is that they can’t fathom the possibility that morality really is merely a construct. (I have never met, and believe I never will, a person that isn’t outraged over immoral conduct towards his or her self rather than just saying, ‘oh, morality is just a construct anyhow, so to each their own.’”)

It seems morality is the main — perhaps only — point of contention over God, and it’s a sharp point that pierces both ways.

Now consider the parable of Lazarus and the Rich Man: