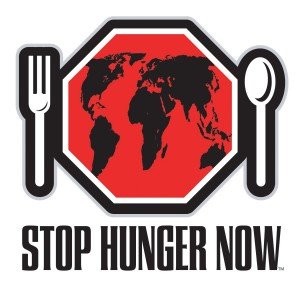 On a recent flight out of Salt Lake City, I had the chance to chat with the President of Stop Hunger Now, who had just been in Utah and visited the Church Welfare facilities. We chatted about Church history, hunger, and aquaponics. 1 Various governments, think tanks, and the United Nations are becoming concerned about the likelihood of absolute global food shortages in 2030.

We have a reason to care particularly about these issues. After all, we believe that mankind is charged with a stewardship of this wonderful world, a fact of which we are reminded (if subtly) each time we attend the temple.

And it came to pass that … Adam began to till the earth, and to have dominion over all the beasts of the field, and to eat his bread by the sweat of his brow, as I the Lord had commanded him. And Eve, also, his wife, did labor with him. 2

Water is the key. The amount of fresh water available cannot increase substantially and is arguably decreasing. Recent weather patterns (droughts in dry regions, weather volatility in previously pleasant climates) further reduce the productivity of the land that is our stewardship.

We have three options:

Make do with less.

Reducing the population has been the approach taken by the secular world. Educated women marry later and produce fewer babies. This is seen as good. I like the education. Not so happy about forced population control, like China’s One Child policy. If I am to believe my anthropologist mother, the zeitgeist to reduce population is potentially fueling a number of behaviors contrary to traditional mores, such as the increasing preference for same-gender relationships.

Making the resource produce more is a great idea. That is part of why I love aquaponics, which can produce food using 90% less water than conventional methods of agriculture. Awesome for preppers, by  the way. Improving productivity and reducing waste are always good things to do.

But I think the most powerful thing we can do, that all of us can do each and every day, is reduce our consumption of foods and agricultural products that require a lot of water. The average American consumes foods that require 33,000 cups of water a day to grow or feed. The global average water available per capita is only 14,000. 3 Ironically, a guide for doing just that was provided in the Word of Wisdom Joseph received in 1833:

And again, hot drinks are not for the body or belly.

And again, verily I say unto you, all wholesome herbs God hath ordained for the constitution, nature, and use of man—

Yea, flesh also of beasts and of the fowls of the air, I, the Lord, have ordained for the use of man with thanksgiving; nevertheless they are to be used sparingly;

And it is pleasing unto me that they should not be used, only in times of winter, or of cold, or famine. 4

When it comes to drinks, pure water is by far the least “water intensive” beverage available. By contrast, the ingredients in a cup of soda require over 300 cups of water to grow (50% for the vanilla, 30% for the caffeine, 20% for the sugar). Coffee is one of the worst offendors, but hot chocolate isn’t far behind and can even be worse per cup than coffee.

We need protein. But the water required to grow the grain to feed four-legged animals is crazy water intensive (pasture-fed animals “cost” even more when it comes to water). Beef is the worst, from a water standpoint. Pigs are better, but still require far more water per pound than fish or chicken or rabbit. Eggs and beans (think soy) are more “water efficient” still.

Grain is the staff of life, but we don’t need as much as we typically eat. This is proven out by the success of the DASH diet, which halves the amount of starch in the diet (reducing weight, hypertension, diabetes, and heart disease along the way). When it comes to water per serving, potatoes require much less water than any grain. And when thinking “starches,” you can look to other root vegetables (water savers, just like potatoes) for the sustaining energy you often look to grains to provide.

Just drinking milk is great. Soymilk is even less water-intensive, unless you add a bunch of vanilla and sugar to make it taste better. Processing milk into cheese makes a serving “cost” more water. That said, a study of how Europe could bring its per capita water consumption within global allowances (the 14,000 cups per day per person) indicated that an ovo-lacto vegetarian diet would do the trick.

Getting your portions of protein and starches will “cost” thousands of cups of water a day. By comparison, you can get your daily requirements of fruits and veggies for mere hundreds of cups of water per day. Fresh fruits and veggies are best – servings of juice climb back into the 1000s of cups per recommended daily amounts. Hence, I believe, God’s words to Joseph urging consumption of “herbs and fruit in the season thereof.” Why would God have said that? It’s not like the people of Joseph’s day had much other choice. They certainly weren’t flying fresh veggies from the other side of the world. I submit that verse was a little “Easter egg” for our times.

The term “carbon footprint” may or may not make you see red. I have no idea where you, personally, weigh in on the topic of global climate change. But when you think of the amount of water required to produce energy, it comes back into focus. There are simply some ways of getting stuff done that consume way more water than others. For walking or biking, all you need is the water to grow the food to replace the calories you’ll burn. Public transit is pretty cheap from a water standpoint. Driving everywhere in a vehicle that requires carbon-based fuel takes a lot of water when you consider a future where that fuel might not be something we can pump out of the ground from eons past. Air travel – crazy expensive from a water standpoint. Which gets back to the water-cost of eating “herbs and fruits” out of season.

I know this particular blog likes to talk about libertarianism and the constitution and such. At the end of the day, however, I think God wants us to be wise stewards. Whatever mechanism it takes, I’d rather not face judgement day knowing that I profligately wasted earth’s resources while millions of my brothers and sisters died of want. 5

If anyone is interested, I would love to post more information on this. I don’t see the water footprint people making the issue accessible to Americans. 6 And we Mormons have a scriptural mandate to be good stewards, to obey God’s Word of Wisdom in this regard.

However if the majority of folks prefer indulging in current habits without the mental inconvenience of knowing it to be problematic on a moral level, I’ll satisfy myself with posting a link to information in the comments for those who do care.

For this audience, my highest priority is redeeming Joseph from the reputation of being a predator and sex fiend. After all, if you don’t believe Joseph was even a good man, why would you care what the temple ceremony or the Word of Wisdom might say?

Finally, here’s some eye candy in the form of a youtube playlist from the United Nations regarding the issue of water and energy.

29 thoughts on “Surviving 2030: The Compassionate Mormon”