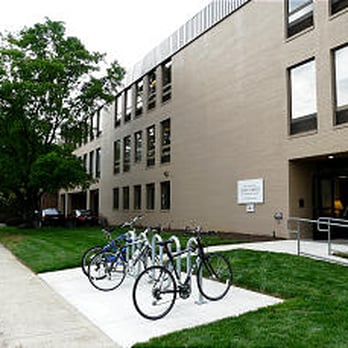 While driving in Arlington, Virginia, we passed a building with a sign for the Church on the outside. What, we wondered, was this office building?

Talking with folks the other day, they explained that this is the building for the Singles’ Wards. Space is so tight in Northern Virginia near DC that leaders were prompted to consider how the unique needs of singles allowed them to think out of the box. Or in this case, think in the box, or in the shape of a boxy office building.

If the Church were stagnant or in decline, this wouldn’t be a problem. But the Church is growing steadily. And there’s no place to go.

When I heard the rumor that Conference might bring a realignment from a 3 hour worship format to a 2 hour format, I originally dismissed this as bunk. Apparently the Church had flirted with eliminating Sunday School in the past, but then didn’t change the overarching format. As my husband noted, when the possibility was discussed, Sunday School is the only meeting where men and women study together.

But as I contemplate the space challenges some congregations are facing due to growth, the idea of a shortened block begins to make sense.

At any rate, I am super excited for Conference next week. I have no idea what will happen, but I suspect more will happen than “mere” words of pastoral comfort and exhortation.

12 thoughts on “Rumor and a Challenge”