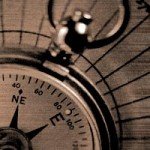 Let me get some of my bias out the way first. Similar to many Mormons, I earned my Eagle Scout award. One summer I worked at a BSA camp and taught my near age contemporaries. This might indicate that I love Scouting, but the truth is that I didn’t and am still ambivalent. My time in Scouts was out of devotion to Mormon tradition where going to camp and working on merit badges came naturally. The Scouting experience also passed the time in a small town where doing something was better than nothing (although books helped fill the gaps). I don’t really like the outdoors, the boys were no better as Scouts than at school, and the merit badges seemed easy and forgettable. Taking the job had more to do with not having any better choices than trying for the usual farm and grocery store positions most likely filled up anyway. I did do some farm related work and the camp was much more fun. I have not been involved with Scouts for over twenty years and don’t wish to re-engage.

My feelings about the decision for the BSA to accept homosexual boys touches on one of my major criticism of LDS Church involvement. It might, as suggested, mirror the Church stance. Considering that I find that stance to be too lenient toward a condition and behavior that I believe is more than a mere temptation, that doesn’t impress me. Be that as it may, the fact that BSA is considered an extension of the Priesthood bothers me greatly. It has for many years. There is no doubt that Joseph Smith would have loved the organization and become involved. I can also speculate he would have gone in long enough to discover its function and then developed a separate church inspired program.

Despite the 100 years of close association with the LDS Church and emphasis on faith, BSA is a secular organization. No single religion has control. Franchises develop by interested parties in local areas that can at times arbitrarily decide membership requirements. This can cause a confusing set of restrictions. For instance, a Mormon family tried to join an evangelical group and was quickly rejected. The reasoning and background story is besides the point. Is the national or the local authorities in charge? At first I felt for the Mormon family, but the truth is they had no business trying to get in that troop. On the other hand, as a secular organization the BSA could have stepped in and forced the issue much like with the homosexual decision. The evangelical troop would then be given two choices; allow the Mormons or drop support.

So far the decisions of the BSA have been nearly aligned with the LDS Church, such as homosexual leaders unaccepted and homosexual boys allowed. Some day and perhaps in the near future that might not be the case. What then?

Other Christian churches recognize the disconnect between values and beliefs they hold and what the Boy Scouts of America represents. There has been for many years alternatives that exist for religious organizations who wish for more spiritual independence. The Salvation Army has Adventure Corps, the Seventh-day Adventist Church has Pathfinders, the Church of the Nazarene has Caravan, the Southern Baptist Church has Royal Ambassador with a high probability they will withdraw completely, and there are more. The internet group onmyhonor.net is hoping to build a new organization structured after BSA, but its impact will probably be negligible.

The truth of the matter is that the Boy Scouts of America is not an extension of the Priesthood no matter if used in that manner. It is under control of a varied group of people who might have similar goals and values, but ultimately no authoritative standing before God. Shared traits can easily be lost and discarded. They can be influenced, as was recently demonstrated, by outside forces hostile to its original mandates and positions. It might be time for the LDS Church to slowly back away and consider developing a true Priesthood program that builds faith and values. From my own experience I didn’t walk away with a better testimony or education. I am not aware of very many boys who became better men from participation. Perhaps its greatest success is keeping boys out of more serious trouble for longer.What I would like to see is a better mixture of gospel principles with other training.

Focus on the outdoors and camping must include survival techniques that can actually be used. Tying knots and putting up tents might be nice, but actual hunting and gathering knowledge is more important. Return to the idea of para-military preparation in case of both urban and hiking disasters. I would love to know kids are learning real survival skills. Then, teach the basics of washing cloths and replacing lightbulbs along with starting a fire with one match.

Spiritual development could include “Bible camps” with a rigorous search of the scriptures, prayer, and testimony mentoring. Lessons about Scripture teachings and prophets can be a true compliment to campfire stories and star-gazing. There would no longer be only the opening and closing prayers of the day spent swimming, hiking, and attending archery. Weekly seminary can be supplemented by summer getaways to the forest and places nearby that need services like soup kitchens. The BSA tradition and requirement of a community service project can translate into yearly implementation of the same kind of activity. The Duty to God award could become more than a side accomplishment. None of this needs to be gender specific and the idea of a “boy” scouts can be replaced with a program for both boys and girls, if need be split into separate organizations with similar goals.

I am loath to speak this way, but the Boy Scouts of America’s relationship to the LDS Church has grown beyond its usefulness. The spiritual needs of young Mormons requires a revision of the vehicles used to help the next generation. To tweak a few concepts from the Scout motto and Mormon scripture, the Priesthood needs to become self sufficient and better prepared to handle the onslaught of modern moral and spiritual decline. Running around in the woods is not the best tool. Relying on an outside organization to buttress religious values is to court trouble and outsource responsibility.

68 thoughts on “Rethinking Mormon Involvement in the BSA”