A little more than 60 years ago, President Eisenhower, as he prepared to leave office, gave what has proven to be his most enduring and well-known speech:

Until the latest of our world conflicts, the United States had no armaments industry. American makers of plowshares could, with time and as required, make swords as well. But now we can no longer risk emergency improvisation of national defense; we have been compelled to create a permanent armaments industry of vast proportions. Added to this, three and a half million men and women are directly engaged in the defense establishment. We annually spend on military security more than the net income of all United States corporations.

This conjunction of an immense military establishment and a large arms industry is new in the American experience. The total influence — economic, political, even spiritual — is felt in every city, every State house, every office of the Federal government. We recognize the imperative need for this development. Yet we must not fail to comprehend its grave implications. Our toil, resources and livelihood are all involved; so is the very structure of our society.

In the councils of government, we must guard against the acquisition of unwarranted influence, whether sought or unsought, by the military-industrial complex. The potential for the disastrous rise of misplaced power exists and will persist.

We must never let the weight of this combination endanger our liberties or democratic processes. We should take nothing for granted. Only an alert and knowledgeable citizenry can compel the proper meshing of the huge industrial and military machinery of defense with our peaceful methods and goals, so that security and liberty may prosper together.

Recent scholarship has confirmed that Ike saw this as one of his most important speeches ever:

We should be clear what Ike was concerned about. He knew that the United States, with its growing economy and growing needs for defense, would need private businesses to help build weapons. What he was concerned about was that these companies would promote war or other military priorities so they could improve their profits. These companies would hire lobbyists to encourage members of Congress to direct business their way. Ike was worried about crony capitalism, the use of government money to promote private businesses.

Sixty years later, it is easy to see that Ike’s warning has come true. Almost nobody reading this believes in a completely pacifistic U.S. foreign policy. But I hope most people reading this can see that U.S. defense should concentrate on defending the U.S. borders. In the last 60 years, and especially the last 20 years, U.S. foreign policy has increasingly promoted wars in foreign lands (Iraq, Lybia, Syria, Yemen, Afghanistan, etc) far from our borders. Some of those actions may have been justified (I am thinking about Afghanistan after 9/11), but why is the U.S. military spending hundreds of billions of dollars every year fighting wars far from American shores? Is it reasonable to believe that the military-industrial complex is truly the source of the constant need to find new enemies abroad? Are these wars really about companies paying off politicians so these companies can make more money?

As this article points out, we have a new secret combination to worry about in 2021: the digital-intelligence complex.

END_OF_DOCUMENT_TOKEN_TO_BE_REPLACED 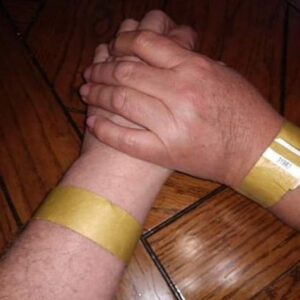 As we drove down to Arizona for the funeral, and as we got closer to Mesa, my anxiety increased. With each mile we drove, I felt like I was going to pop, or melt into tears. Noise was burdensome, I didn’t want to talk or sleep. I just wanted to look out the window and watch the trees pass by. We’d just driven through Payson and were heading south toward the Valley of the Sun, my home. By now the Ponderosa had turned to saguaro and ocotillo, and as we descended the last hill into town I kept having an argument with myself, in my head:

END_OF_DOCUMENT_TOKEN_TO_BE_REPLACED

The most urgent assault on our liberty and the most dangerous attack on human health in decades has taken place in the last year, and it is incumbent on latter-day Saints to speak out against this human-caused disaster. Billions of people have lost freedom — perhaps forever — and hundreds of millions more have suffered depression, anxiety and massive losses in income, all because a few power-hungry politicians imposed ruthless lockdowns throughout the world.

One of the saddest things about the tragedy of the lockdowns is that they simply don’t work. The most respected scientists have known this for decades, which is why there were no lockdowns during past pandemics that were even more deadly than what we are living through today.

But yet, our media today is so dishonest that the public perception remains: lockdowns good, no lockdowns bad.

This post will deal specifically with a comparison between two states, Florida and California. In Florida, the schools are open and people go to the beach and concerts and restaurants. There is no mask mandate in Florida, while two masks are apparently de rigueur in the People’s Republic of California. The heroic Florida Gov. Ron Desantis has actually followed the science, as opposed to his counterpart in California, the authoritarian fool Gavin Newsom, who has sought to take away every possible freedom while refusing to follow his own bizarre rules. The good news is that Newsom is facing a likely recall election, and DeSantis has a 54 percent approval rating.

It turns out that Florida (no lockdown) and California (full lockdown) have had about the same results. Yes, I know most of the media (with some exceptions) has not been reporting this, but it is true, as I will show in this post.

END_OF_DOCUMENT_TOKEN_TO_BE_REPLACED

In a year that has erupted with racial strife, Pixar’s Soul is a welcome delight.

Joe Gardner is our protagonist, a musician who dreams of jazzing with the greats, while living the life of a public school music instructor. Joe gets his big break, but on his way home it’s clear the universe is gunning for our hero. Just when it seems he’s made it home (oblivious to the many dangers), Joe disappears into a manhole.

Joe’s spirit shows up on the conveyor belt to the Great Beyond. But Joe is desperate to return to his interrupted life, so cruelly ended right before the moment he has dreamed of for decades.

In escaping heaven, Joe finds himself in a luminous, pastel realm, which we learn is the Great Before – the land where souls prepare to enter Earth life.

This is delightful, to see a movie depiction of life before this life. Not that it matches the pre-mortal doctrine of the Restored Gospel, any more than Disney’s Coco matches the Church’s doctrine regarding the afterlife. But in a world that too often dispenses with any discussion of life beyond this mortality, it is delightful to see stories that discuss our existence beyond the bounds of this fleshy mortality.

As always, Pixar treats us to a satisfying story. This is particularly fun with Soul as there really aren’t many tropes for pre-mortal life. So there are times when the couch potatoes in my household, at least, had no idea what was going to happen next.

If you haven’t yet taken the time to watch Soul, I recommend that you tee this flick up for some future evening.

Excerpt:Mary and Peter Whitmer Senior had five sons: David, Peter junior, John, Christian and Jacob. Through Oliver Cowdery’s close relationship with David, the Whitmers would become closely engaged in the early work of the Church.

Because of opposition in Pennsylvania, Oliver asked David if he and Joseph could move in with the family. Though the Whitmers never had met Joseph, they agreed. Before being able to fetch Joseph and Oliver, David had to finish plowing and preparing the spring fields. Miracles were employed, For as David found much of the work already done overnight, prior to beginning the work early in the morning.