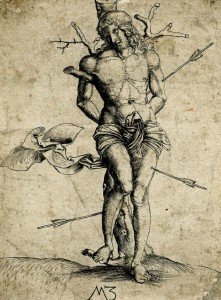 Today someone wrote that Mormons don’t abhore torture, that they are taught it is more important to obey than to avoid immoral or evil acts. This apparently comes up because Mormons tend to vote for Republicans, and it was the Republican presidency of George Bush under which torture was used as one method of obtaining information regarding the activities of Al Qaeda. Also, there are those who have worked for the CIA and otherwise supported certain of these activities who happened to be Mormons. These critics appear not to have heard the same sermons I have heard, or read the same scriptures. These critics appear not to have learned the same history I learned.

If we Mormons don’t talk about the evil of torture on a constant basis, it may because we have ourselves been historically subjected to torture, assuming that’s what one would consider rape and shootings, burnings and lootings. For Mormons to get overly upset about torture might just ignite anger about those wrongs that have been done to us.

Joseph, of all those of “us” who was tortured in modern times, was the one most likely to invite the torturer home for dinner, to given the torturer his own coat and shirt, to mourn for and forgive the one who had betrayed him.

There are those who have been guilty of heinous evil, unmitigated by any putative benefit.

Yet by far, the most prevalent violence committed by individuals is violence against loved ones, often members of one’s own family. And it is for that reason that abuse of family is so often decried from Mormon pulpits. As stated in 1995 in The Family: A Proclamation to the World:

WE WARN that individuals who violate covenants of chastity, who abuse spouse or offspring, or who fail to fulfill family responsibilities will one day stand accountable before God. Further, we warn that the disintegration of the family will bring upon individuals, communities, and nations the calamities foretold by ancient and modern prophets.

Today we talk of state-sanctioned torture ostensibly conducted in pursuit of national security. There are various opinions, almost all of which are held with fierce passion regarding their rightness.

But when those headlines are forgotten and even now, let us worry not so much about the beams in the eyes of others, but whatever might be in our own eye, whatever evil attempts to canker our own lives, the heedless abuse we bestow on those closest to us.

And if we are personally placed in a position where we must make a decision regarding the way our fellows are treated, may we have the courage to do that which God inspires us to do. Then shall He, who knows our hearts and the pain of all, reward us in that day when we know as we are known.

40 thoughts on “On Torture”