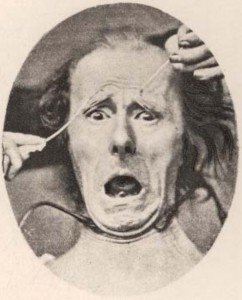 Recently at the adult session of Stake Conference, we had a delightful interchange about how councils can bless our families and our congregations. There were two microphones being carried through the congregation so that any who wanted to comment could be heard.

On individual who commented raised the matter of those who have had doubts, who have decided they could not remain in the faith. I think the individual’s comment was tending towards suggesting that we should make it safe to doubt in the Church.

The response was instructive. It is fine to have questions, the visiting authority (Elder Perkins) said, but it is not acceptable to doubt. Doubt, he contended, ends hope of moving forward, while questions, even if unresolved for an extended period of time, permit the individual with questions to move forward in faith.

The Definition of Doubt

Intrigued, I googled “doubt” and found the following from an online dictionary (Houghton Mifflin, I believe):

Thus, we see that the definition of doubt is to fear, to distrust, to disbelieve, to be skeptical.

This is why doubt is not acceptable for one who has experienced conversion. It is fine to have questions, to have some level of cognitive dissonance regarding doctrinal or historical matters. But at the point when we start to distrust and become skeptical of the conversion we experienced, when questions transform into disbelief, then we have taken a step that is a step too far.

Reflecting on My Own Experience

I was raised in a home where the gospel of Jesus Christ was believed. Mother read to us from the scriptures every night. We prayed every night. We attended Church regularly, which in those days meant traveling to Church multiple times a week, including twice on Sundays.

When I encountered disturbing possibilities regarding Joseph Smith (reading Sam Taylor’s novel, Nightfall at Nauvoo), my world was overturned.

Yet I had been privy to various experiences that were not negated by my new-found questions about the founding prophet of Mormonism. My mother had frequently prayed for our car to start, and on many occasions, this vehicle that had no earthly right to function would then sputter and come to life. She shared tales we had no reason to disbelieve, of a time when she had multiple dreams of a gloved hand attempting to unlatch her front door, followed by the night when the gloved hand was real. Mother, through the forewarning of the dreams, was able to thwart the intruder. She told us of seeing the spirit of our deceased sister. She told us of her own testimony, the thrilling knowledge that the gospel was true, a knowledge that set her to jumping on her mattress singing “It’s true! It’s true!”

Guided by our believing mother, we children had our own experiences. My brother was able to find a lost toy by praying. A sister who had been diagnosed with life-threatening mastoiditis was given a blessing and the mastoiditis disappeared (seriously pissing off the doctor, who had been looking forward to the surgery that would have threatened my sister’s life).

Though I lived in a world where miracles happened on a regular basis, I’m not sure if any of the miracles had been directed at me, personally. But since the miracles occurred in my presence, I knew that such things happen.

Thus, when my world turned inside out, I wasn’t led to question whether or not God existed. Merely whether or not Mormonism was the religion God wanted people to adhere to.

I look at how I have characterized my past experiences, and I have talked about having a sliver of doubt. But perhaps I would have better used proper English had I characterized my state as having a passel of unresolved questions, questions that nattered at me, attempting at times to overturn my firm knowledge of certain truths.

But I knew God is real. I knew God wanted me to be a Mormon. I knew, therefore, that my passel of unresolved questions would have answers that were fully consistent with these first two answers.

By the way, check out the awesome photograph of “doubt” published in Charles Darwin’s book. This facial expression was produced by applying electric currents to effect muscle contractions. In a related manner, those who benefit from creating “doubt” know where to stick their probes to elicit the desired response.

There is therefore no particular virtue to submitting to the “probes” of the disaffected. One might as credibly allow someone to put electrical probes on your face when you are trying to do a photo shoot (or at any time, for that matter).