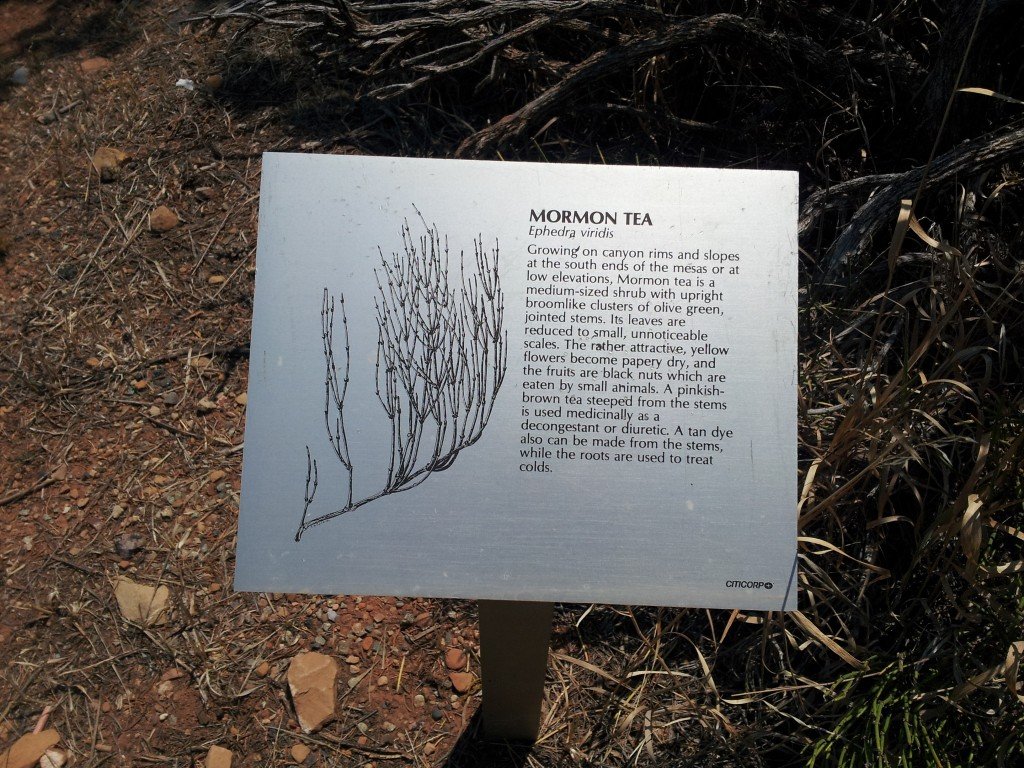 I went to Mesa Verde with the family this week, and there we encountered this description of a certain southwestern plant.

So, if you google “Mormon tea,” you find out it has had all kinds of interesting uses:

The Indians prepared Ephedra as a tea for stomach and bowel disorders, for colds, fever, and headache. The dried and powdered twigs were used in poultices for burns and ointments for sores. One tribe made a decoction of the entire plant and drank it to help stop bleeding.

According to GoldBee, early Mormon settlers, who abstained from regular tea and coffee, drank the beverage made from this plant. A handful of green or dry stems and leaves were placed in boiling water for each cup of tea desired. It was removed from the fire and allowed to steep for twenty minutes or more. To bring out the full flavor, a spoon of sugar or some strawberry jam was added depending on individual taste.

Other white settlers used a very strong tea of the plant for the treatment of syphilis and other venereal disease, and as a tonic. It was standard fare in the waiting rooms of whorehouses in early Nevada and California. It was said to have been introduced by a Jack Mormon who frequented Katie’s Place in Elko, Nevada during the mining rush of the last century.

In addition, the plant is the source of ephedra, which has been banned by the FDA.

8 thoughts on “Mormon tea, a plant in the Southwest”