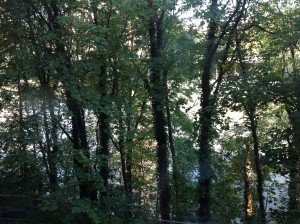 I’ve collected a range of thoughts in the past two weeks as I flitted between DC, Manhattan, and Tokyo. Individually they might not merit a post here at M*, but as a collection might be interesting. These are:

The morning after the 2008 elections, a Christian colleague of mine congratulated me on passage of Prop 8. He, like so many others, presumed that it was the efforts of the Mormons that had made the difference.

At the time, my response was, “I actually think that credit for passage of Prop 8 goes to Barack Obama.” As we have just lived through an election, let me review my logic on this.

Exit polls at the time showed black and hispanic voters favored Prop 8 by significant margins. These California minority citizens might not have bothered voting had it not been for the presence of Barack Obama on the ticket. But once they were in the booth, they also cast their vote for Prop 8.

I wish I had the skills to analyze the 2008 Prop 8 election and determine whether Prop 8 would have passed without the unusually prominent Mormon contribution towards the Prop 8 campaign. As it stands, those unhappy about the outcome of that election were able to blame Mormons for the outcome, rather than focusing on the strong adherence to traditional family values amongst increasingly numerous minority populations.

Moroni 9: A Proof of Joseph’s Veracity

I owe this thought to the oldest of my sisters. Where I am an engineer, she is a psychiatrist with an MD/PhD. We were hanging out with our mother prior to surgery and talk turned to Church and the gospel.

My sister’s contention was those who claim Joseph simply copied the Book of Mormon or made it up fail to account for Moroni 9. This is the second of two letters from Mormon that Moroni added to the plates in the end, just before he expected to die. Time and again Moroni had come back to the plates and added some portion that seemed precious. And in this final addendum, comprising the entire final book which is named after him, Moroni reflects on those ordinances that he holds dear, that he won’t renounce even though he expects to be hunted down and killed as a result.

First he speaks of the power to convey the gift of the Holy Ghost, next the manner by which priests and teachers are ordained. Next are the sacramental prayers it is the privilege of priests to voice. The culmination of the ordinances Moroni covers is baptism. After talking about baptism (Moroni 6), he gives us the text of a sermon his father, Mormon, delivered on baptism (Moroni 7). Unwilling to leave this topic, he also includes a letter Mormon wrote to him regarding baptism, specifically the theology of baptism that makes infant baptism a heresy (Moroni 8).

Logically, Moroni would then end this final segment with his testimony. But instead, he inserts one more letter from Mormon. Perhaps this was the last letter he received from his father. I like to think Moroni included the letter to show how quickly a people can go from a minor heresy (infant baptism) to utter depravity. Or perhaps it was intended to display how even such a depraved people should still be labored with, to bring them to Christ.

Whatever the reason for Moroni 9, it contains a description of terrible atrocities (Moroni 9:7-10). These are wartime atrocities which we are hearing about in our day. But in the early 1800s, there simply isn’t discussion of warriors raping women, torturing them to death and consuming the raw flesh as a sign of bravado. For that matter, the lesser atrocity of feeding prisoners on the flesh of their dead is pretty awful.

My sister’s point, with which I agree, is that it is not credible that Joseph would have inserted this kind of description in a book he was making up. The concise and sparse narrative conveys horror unknown in Joseph’s day. What is the material that could have inspired those four verses? If such horror sprang solely from Joseph himself, why don’t we find the rest of Joseph’s writings filled with similar horrors? Instead these four verses are surrounded by counsel to continue laboring to bring souls to Christ and to retain hope in Christ, despite the evil being performed by the people.

The other night I was saying goodnight to my middle daughter. It was late, and we hadn’t read scriptures as a family. So I asked my daughter to select an Article of Faith and say it.

You likely have this one memorized as well, though it is the longest of the thirteen articles:

We believe in being honest, true, chaste, benevolent, virtuous, and in doing good to all men; indeed, we may say that we follow the admonition of Paul–We believe all things, we hope all things, we have endured many things, and hope to be able to endure all things. If there is anything virtuous, lovely, or of good report or praiseworthy, we seek after these things.

As she spoke, I remembered that Joseph wrote these articles in 1842. Looking it up later, I found that Joseph had written the Wentworth letter on March 1, 1842, and published the text in the Nauvoo newspaper.

This is significant because in early 1842 Joseph and Emma were trying to root out a band of seducers who were teaching women it was appropriate to have sex without benefit of marriage so long as it was kept secret. The Smith’s investigation into the perpetrators of “spiritual wifery” would result in the excommunication of Dr. John C. Bennett in June 1842 after significant testimony had been collected by the Nauvoo High Council.

But in March 1842 the investigation could only have uncovered the beginnings of the breadth of the corruption. How could Joseph convey that spiritual wifery was utterly wrong, when he didn’t even know how many men and women had fallen victim to the vile teachings?

It is in this circumstance that Joseph chooses to enthrone honesty, virtue, and chastity as the culminating tenet of our faith.

We know that it was around this time, March 1842, that much-bedded Catherine Fuller began to be concerned that she was ruining herself by participating in spiritual wifery. The Widow Fuller had consented to engaging in sex with several men, most of them for more than a single session. But after Catherine would have read the 13th Article of Faith, Catherine would turn down offers from two men who wished to support her in exchange for (presumably exclusive) sexual privileges. Instead she became the honest wife of Brother Warren. It would then be Catherine’s testimony before the High Council that finally exposed John C. Bennett as the ring-leader of those practicing spiritual wifery.

Catherine never specified what caused her to think she was ruining herself, after nearly a year of believing spiritual wifery was right. But for my part, I will always think of Catherine from now on when I hear the 13th Article of Faith.

The Wisdom of the Word of Wisdom

Finally, these past two weeks elevated the importance of diet, as my mother faced surgery to remove cancer. Mom currently won’t consider chemotherapy, even though the cancer had begun to affect the lymph nodes and therefore might still remain despite surgery.

I know of several people who died as a result of treatment. One died riddled with cancer only months after being told that the years of radiation and chemo had finally rid her of the disease. So chemotherapy, while a marvelous option, is not a cure-all.

As a result of this frank discussion of cancer and outcomes, I learned about the Alkaline Diet. The idea with the Alkaline Diet is that some foods reduce your pH un-naturally. The resulting acidosis promotes the growth of cancers and causes other negative health conditions. A diet where foods create a neutral or slightly alkaline pH for an individual suppresses cancers and other negative conditions. Beyond the hype, I have since learned of a friend who has gone on the Alkaline Diet and seen significant reduction in what was pervasive lung cancer.

So what is this Alkaline Diet? It is a diet that uses little meat, particularly avoiding red meat. It avoids smoking and coffee. It stresses whole grains and whole fruits and vegetables. Sounds like the Word of Wisdom, if only the Word of Wisdom had also thought to excoriate refined sugar and artificial sweeteners.

The reason my mother’s cancer was discovered was severe anemia, which caused her to be continually weary, unable to walk for more than a few minutes before she felt faint. With the cancer now gone, her strength is restored.

In light of this recent experience, the final verses of the Word of Wisdom are particularly poignant:

And all saints who remember to keep and do these sayings… shall run and not be weary, and shall walk and not faint. And… the destroying angel shall pass by them…

Even though all we mortals must eventually die, I am glad that my mother has a chance to remain with us. And I imagine that her future strict adherence to an expanded interpretation of the Word of Wisdom will extend the number of remaining days she can spend with us, as well as provide a guide for how we, her children and grandchildren, can enjoy improved health eating what I’m sure will become our comfort foods.