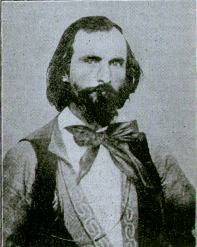 You’re expecting me to talk about Fanny Alger next, but something came across my desk that prompted me to jump chronological order to examine the tenuous hints people will seize upon when claiming a woman was a plural wife of Joseph Smith.

First we’ll talk about the case of Mary Heron, who some believe was either a wife or sex partner of Joseph Smith based on the testimony of Joseph Ellis Johnson (pictured to the left). Second, I’ll discuss the “hope” some have harbored that Clarissa Reed produced a son by Joseph Smith over a year after her marriage to Hancock.

Hannah was a teenage woman who was technically married to Lorenzo Snow, but who had left his household after he departed on a mission, the marriage apparently unconsummated. While in Winter Quarters, Joseph Ellis Johnson fell in love with Hannah and engendered a child with her. The child, Josephus, was born January 1848, when Hannah was 19. She would have conceived Josephus in April 1847, when she was still eighteen.

In 1850 Joseph Ellis Johnson began to go through the Church disciplinary process so he could get right with the Church and marry Hannah. This would allow him to be sealed to Hannah and Josephus. First he went to Lorenzo Snow and settled the matter with the man who was titularly Hannah’s husband. Lorenzo sorted, Joseph Ellis Johnson next submitted himself to a Church council. I’m personally a bit fuzzy on Church discipline circa 1850, but it appears the council was composed of many of the Twelve Apostles.

Orson Hyde is mentioned in the minutes of the trial, and Joseph Ellis Johnson indicates that he knew it was wrong and is seeking forgiveness. Joseph Ellis Johnson is then apparently asked whether or not he is teaching that it is right to have sex with women as long as it isn’t known, a probably reference to the epidemic of illicit intercourse that occurred from 1841 through 1842. Teachings regarding illicit intercourse had re-emerged after Joseph’s death, notably taught by William Smith and brazenly improved upon by Warner McCary. If these teachings regarding illicit intercourse were taking hold at Winter Quarters, it would be a cause of grave concern.

The transcript of the trial has Johnson saying:

“I never heard any conversation to say it was right to go to bed to a woman if not found out – I was aware the thing was wrong. – had been with – he sd. He was familiar with the first frigging  – that was done in his house with his mother in law — by Joseph.” 1

Another account of the trial comes from a Brother Kelly, who records:

“O.H. sd. Kelly told him John knew what he was about — it was done in his house by bro Joseph that the Ch had tried to break down bro. Babbit & the Ch Therefor — I knew at the time I was doing wrong — I never av taken any body as a excuse — I never plighted my faith on Joseph’s transactions . . . J,Kelly — It as taken me by surprise — in our conversation — Johnson introduced the subject — as to himself — & many scenes that r familiar in the Ch — he sd. It was a matter of his own concern & interested nobody else but those he wod. av to bow to him.” 2

To the mind primed to presume that any mention of a Joseph having sexual interactions with a woman must necessarily be Joseph Smith, the evidence appears clear.

“It was done in his house by bro Joseph.”

“[Johnson] was familiar with the first frigging — that was done in his house with his mother-in-law — by Joseph.”

On the basis of these two sentences, unknown thousands or even millions presume that Joseph Smith was “frigging ” Mary Heron [Snider], mother-in-law to Joseph Ellis Johnson. A recent blog post 3  on a Mormon Research Ministry site talks about the shock one formerly Mormon family, descendants of Joseph Ellis Johnson, experienced when they learned of these things.

Yet was the “bro. Joseph” mentioned in this trial necessarily Joseph Smith Jr.?

The second quote, which I had not seen before today, gives an interesting clue. Brother Kelly is mentioned several times in Joseph Ellis Johnson’s 1850 journal. 4

Now, the person who e-mailed me still couldn’t initially wrap their mind around this. This is because people forget that John C. Bennett and Chauncy Higbee and many others were wandering around Nauvoo convincing women to yield and telling men that illicit intercourse was permitted. When a particular woman would prove recalcitrant, Bennett or Higbee would haul in William Smith to affirm that such behavior was tolerated by the heads of the Church. This is a matter of documented fact in the Nauvoo High Council Minutes for May 1842, along with additional hand-written testimonies from the women who had been seduced. 5

For Joe Kelly, seducing Mary Heron [Snider], a woman in her thirties who had not born children for almost a decade, would be par for the course. The facts of the matter would have come out as Joe Kelly and Joe E. Johnson spent time together in Orson Hyde’s Company in 1850, with Joe Johnson anguishing about what he should do about Hannah Goddard. Joe Kelly’s account hints at this, that he hadn’t raised the issue, it had been Joe Johnson who brought up the subject of his transgression and the well-known history (“scenes that r familiar in the Ch”) regarding such matters.

The fact that Joe Kelly had been able to win forgiveness may have played a role in Joe Johnson’s willingness to come forward to the authorities, to claim the woman he loved and the couple’s child, Josephus. What we have forgotten, but what the LDS faithful knew all too well in 1850, is how much sin had occurred, and how willing Joseph and others were to quickly forgive the repentant.

For Mary Heron [Snider] we have the following:

I came up with pretty icons to describe the various stages of marital involvement, but in this case I maintain that there is no contemporary account indicating Joseph Smith was actually the one who “frigged ” Mary Heron in her own home, seemingly with John (Snider or Bennett) knowing what Bro. Joseph (Kelly) was about. It doesn’t appear that Mary Heron [Snider] conceived as a result of the sexual contact implied by the term “frigging ,” thus there is no independent way to determine who might have been performing the alleged sexual interaction.

[I will note that the term used in this testimony is not a nice word, which should be another clue that individuals submitting to a Church court for the express purpose of getting right with the Church would not use this term to describe the behavior of Joseph Smith.] 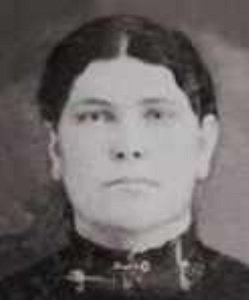 At that time Clarissa Reed was working at the Prophet’s. She told the Prophet She loved brother Levi Hancock. The Prophet had the highest respect for her feelings. She had thought that perhaps she might be one of the Prophet’s wives as herself and Sister Emma were on the best of terms… 6

There is a journal entry relating a grave illness Mosiah experienced during childhood, where Clarissa told Joseph Smith “Our Mosiah is dying.” To Mormons who adore Joseph Smith, such as Mosiah’s descendants, it was thrilling to believe that this short sentence confirmed that Joseph was Mosiah’s father. For someone hoping this might be true, it’s easy to see how they might have looked at Mosiah’s picture and imagined a likeness to paintings of Joseph Smith.

Ugo Perego has performed DNA analyses of the cases where modern individuals believe they might be descended from Joseph Smith, if the “hopes” of those wanting to locate children by plural wives are to be believed.

An individual descended from Mosiah Hancock was found who already had obtained DNA analysis, specifically a 12-marker Ycs profile. Ycs genetic material passes directly from father to son, with mutations being rare. However 12-markers aren’t usually enough to be confident in a conclusion.

In this case, however, a search of the Sorenson Molecular Genealogy Foundation database yielded six exact matches to the 12-marker Ycs profile who also shared the Hancock name. When the family trees for these individuals were examined, it was found that they all had a common Hancock ancestor in Mosiah’s paternal grandfather, Thomas Hancock (1763-1844). Further, it was found that the 12-marker Ycs profile for Joseph Smith is substantially different from the 12-marker YCS profile possessed by the legal descendant of Mosiah Hancock. 7

It is true that so-called Non-Paternity Events (NPEs) can disrupt DNA analyses such as this. But for these results to have been obtained with Joseph Smith as the biological father of Mosiah, we would have to presume that an intervening boy child was not merely produced by a NPE (e.g., an affair with someone other than the legal husband), but that the man involved in the NPE was himself a direct male line descendant of Thomas Hancock. Beyond that, Mosiah went on to have dozens of children, and it would not be credible that all the descendants of these children had similarly been the seed of an NPE, with all these NPEs involving a man who was a direct male line descendant of Thomas Hancock. So for those wishing to maintain a shred of hope, future testing can easily determine whether that hope lives or dies.

Therefore, despite the “solid evidence” provided by Clarissa’s mention of “Our Mosiah” to Joseph Smith, DNA indicates that she was probably not using first person plural inclusive, but first person plural exclusive in addressing Joseph with her concern about her first-born child.

By the way, it turns out I didn’t just make up those terms about inclusive and exclusive first person plural forms. Check out the Wikipedia article on clusivity.

Despite the giddy excitement people have experienced, thinking that Joseph Smith had sex with Mary Heron [Snider] and Clarissa Reed [Hancock White], the genetic evidence doesn’t support the hope that Mosiah Hancock is Joseph’s love child, nor does textual analysis of the accounts support the confidence that is so often proclaimed on the internet. “Joseph” is hardly a unique name, and clusivity ambiguity more than explains how Mosiah Hancock could have been engendered by his legal father, despite hopes that Clarissa was sleeping around with another man while wed to Levi Hancock.