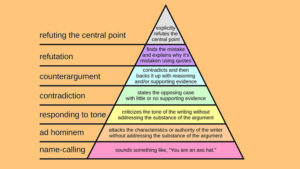 16 thoughts on “How to disagree without being disagreeable”