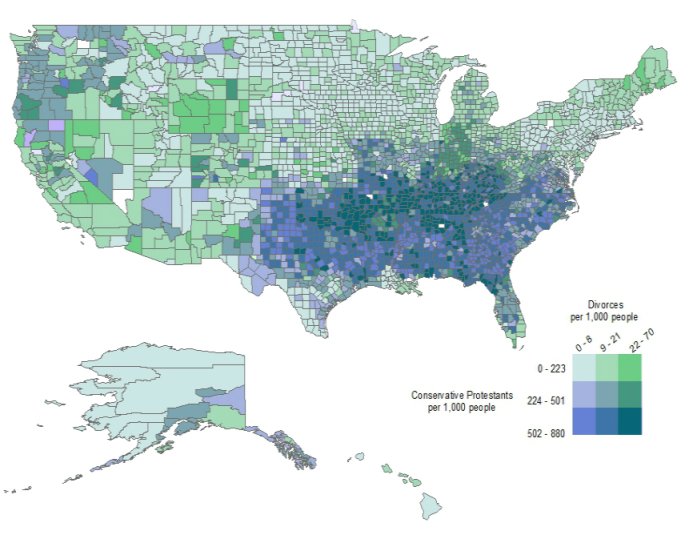 The above map is based on a study that appears to show a pretty strong correlation between conservative Protestants and divorce. The study’s authors look at some possible causes and come to the conclusion that:

Unpacking these variations, Glass and Levchak found that the high divorce rate among conservative religious groups is indeed explained in large part by the earlier ages at first marriage and first birth, and the lower educational attainment and lower incomes of conservative Protestant youth.

Explains Glass, “Restricting sexual activity to marriage and encouraging large families seem to make young people start families earlier in life, even though that may not be best for the long-term survival of those marriages.”

Now we Mormons restrict sexual activity to marriage and encourage large families, yet the map seems to show that divorce rates are pretty low (relatively) in heavily Mormon counties of Utah and Idaho. The entire study has not come out yet. I am interested in seeing if the authors considered conservative Mormons at all. I will email this link to the study’s authors and see if I get anything back.

8 thoughts on “High divorce rates among conservative Protestants. What about Mormons?”