It’s been unusually warm in most of the U.S. this year, so of course the warming alarmists are out predicting apocalyptic futures. It should be no surprise, however, the alarmists are out of touch with scientific reality. In fact, global temperatures, measured the most accurate way, ie by satellite, are below normal.

This of course explains why Arctic ice extent is higher than it has been in a long time. Take a look here: 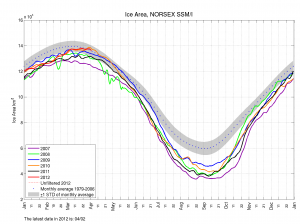 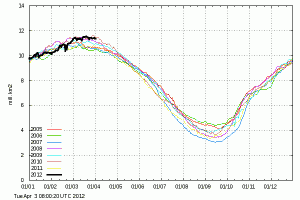 But the facts never get in the away of a good carbon-burning junket by Al Gore, who went to the Antarctic in February along with other alarmists. Only one problem: Antarctic ice is actually doing quite well and has been for many years, so Gore’s ignorant trip only served to highlight that nothing he says or does has any connection with reality. Let’s take a look at Antarctic sea ice. 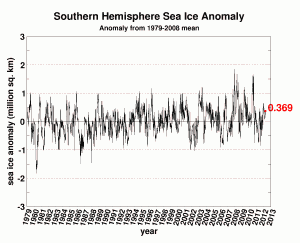 Yes, you read the graph correctly. Sea ice in the Antarctic has been above normal for most of the last two decades. What, you never read that in the newspapers? How could that be? Could it be that the same people who are ignoring global temperatures below normal (while the East swelters) are also a bit short-sighted on the entire global climate? Could it be that there is a lot of money to be made promoting global warming alarmism?